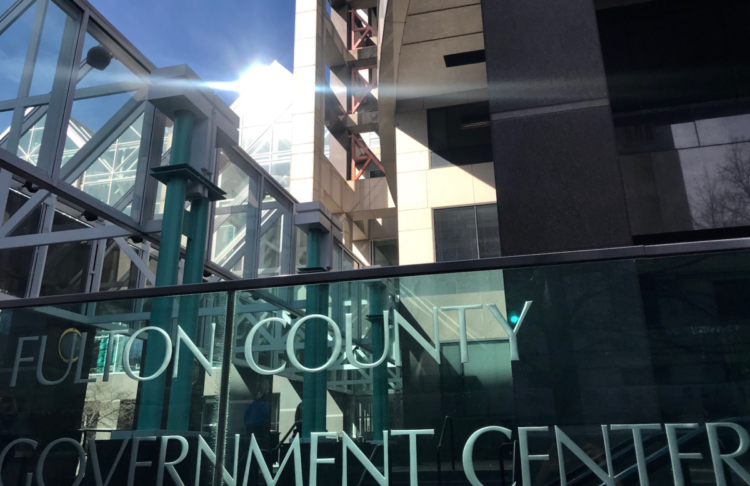 Fulton County's Board of Commissioners is seeking one lobbying firm to advocate for the county at the state Capitol and before Congress. Credit: Kelly Jordan

Fulton County appears to be calling for another shakeup in the county’s lobbying team at the state Capitol and before Congress. The county is seeking a single firm to advocate the county’s position at both levels of government. 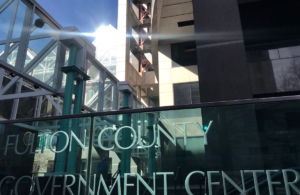 Fulton County’s Board of Commissioners is seeking one lobbying firm to advocate for the county at the state Capitol and before Congress. Credit: Kelly Jordan

On Monday, the county is slated to host a conference to explain terms of the lobbying contract. Oct. 22, is the deadline for responses to the county from companies seeking the work, according to a request for proposals released Sept. 19.

Fulton County now retains two lobbying firms, one to work at the state Capitol and one to work in Congress, according to lobbyist disclosures.

This repositioning of the county’s management of external affairs – i.e., lobbying – is the latest shift in an ongoing movement that dates to 2013. That’s when Fulton’s Board of Commissioners voted to abolish the Division of Intergovernmental Affairs. The division was housed in the county manager’s office and was responsible for: 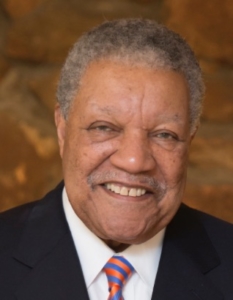 Fulton County Chairman Robb Pitts was a commissioner at the time he sponsored this successful effort to abolish the division. A resolution approved by the Board of Commissioners observed the division:

The department’s budget this year is about $3.1 million and external affairs accounted for about 18 percent of the budget, or about $568,000, according to a midyear review released in July by the county’s assistant chief strategy officer.

Peachtree Government Relations represents the county at the state Capitol, according to disclosure reports. The firm was founded and is headed by Don Bolia, a a veteran lobbyist at the state Capitol longtime leader of the Georgia Republican Party, including a stint as executive director in an era when Republicans were in Georgia’s minority party.

Fulton County is represented at the state Capitol by Don Bolia and before Congress by Diane Blagman.

Peachtree Government Relations does not list federal experience on its website and does not have a federal presence on the government transparency website operated by the Center for Responsive Politics, which describes itself as a nonpartisan, independent and nonprofit research organization.

Greenberg Traurig’s Diane Blagman handles Fulton County’s affairs before Congress, according to the center’s report. The company’s receipts have fallen steadily since 2014, when it reported $170,000 in payments from the county. Over the years the payments fell to $140,000, $130,000 and the 2018 payment of $60,000, according to the center’s report. The center sourced its data to the Senate Office of Public Records, which it says was downloaded on Aug. 28.

MARTA seeks federal lobbyist, though has kept same firm since 2009