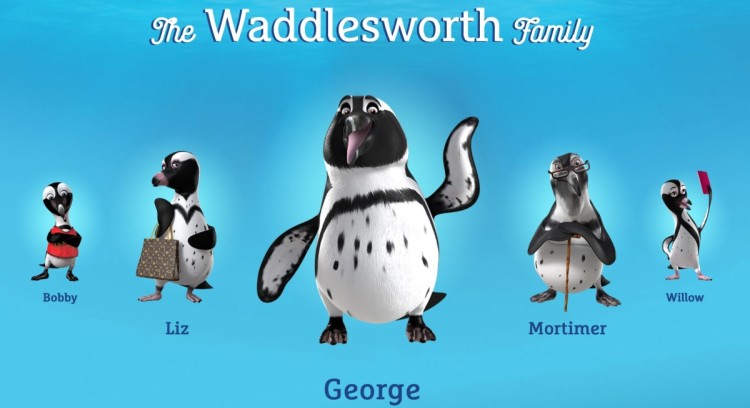 The fun travels of the make-believe Waddlesworth family are slated to come to an end when the family arrives at the Georgia Aquarium, just in time to celebrate Penguin Awareness Day on Jan. 20. 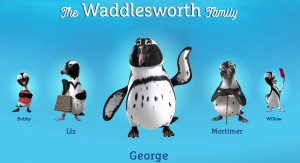 The Waddlesworths are African penguins. George Waddlesworth has a gig as the official spokes-penguin of the Georgia Aquarium and already is in Atlanta. George will become the mascot of the aquarium’s African penguin colony, which is part of a sanctioned Species Survival Plan Program.

The Waddlesworth family is coming from South Africa to join George. The family has chronicled its trip on a whimsical Facebook travelogue page.

So far, the family has stopped in nine places and now is enjoying time in Savannah. Their stories from each locale mix recollections of aquarium programs with the family’s present-day adventures.

For example, Liz writes in her Dec. 11 report from Taiwan that:

Then Liz writes of her daughter, Willow:

In a travelogue dated Monday, George writes on his separate Facebook page that his family has arrived in Savannah:

Liz is described as the brains of the family. She’s the first female penguin marine biologist. She was drawn to the field after an oil tanker sank of the coast of South Africa in 2000, oiling 20,000 penguins. Liz’s website says she is the real reason the Georgia Aquarium recruited George for the spokes-penguin position.

Clearly, the Waddlesworths are all about bringing attention to the challenged African penguin. 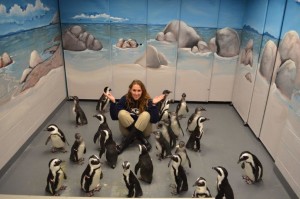 Six years ago, the bird’s status was downgraded from Vulnerable to Endangered on the Red List maintained by the International Union for Conservation of Nature. A story about the downgrade that appeared in a blog of National Geographic reported:

At the aquarium, the colony is housed in the Georgia Pacific Cold Water Quest gallery. The colony has produced 24 chicks since 2012.

That’s a small but significant gain for a species that has had a population decline of 90 percent in the 20th century, according to a statement from the aquarium. Challenges stem from oil spills, guano collection and commercial fishing that depletes the penguin’s source of food.