Georgia expanding cyber facility near Augusta as part of build-up by military, industry 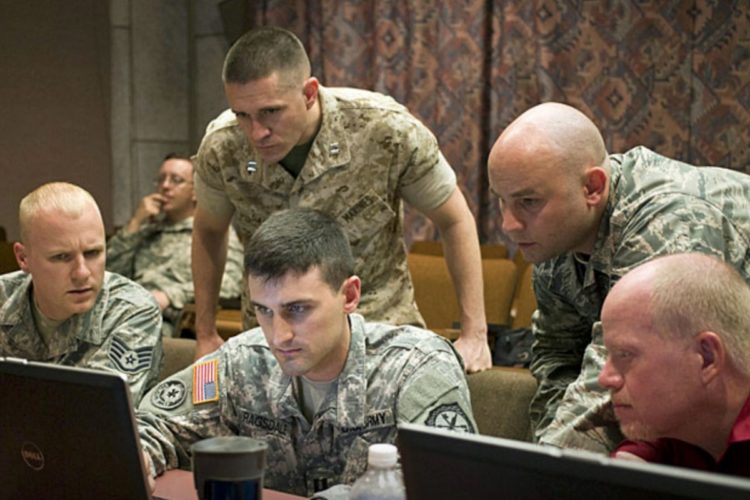 Georgia’s role in enhancing the nation’s cyber security was underscored by the groundbreaking last week for the state’s second cyber range in Augusta. The expansion of the state’s footprint is underway as the U.S. Army is developing the Cyber Center of Excellence at nearby Fort Gordon and at least one industrial partner has built a cyber facility. 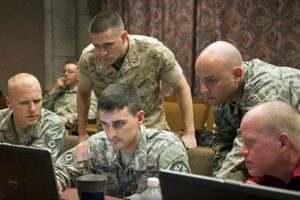 The development of the nation’s premier cyber facility near Augusta has drawn far less local attention than the sale of shuttered Fort McPherson to filmmaker Tyler Perry. The cyber issue is of a different order of magnitude.

The Army has double-downed on establishing the nation’s top cyber facility at Fort Gordon, a few miles southwest of Augusta. At least one industrial partner, Raytheon, has followed suit and opened its own cyber facility in the area.

The Army cyber center’s commanding officer at that time, Maj. Gen. Stephen Fogarty, clearly outlined the Army’s intentions in a strategic plan for the center’s development released in 2015. Fogarty observed that cyber, “impacts the responsiveness, lethality, and effectiveness of Army land operations.” Looking to the future, Fogarty cited a quote from an Army chief of staff: 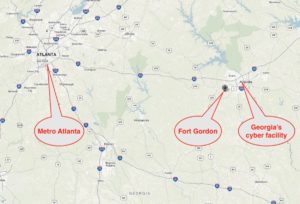 The Augusta area is being developed into a national center of cyber security operations by a consortium of military, industrial, state and city investments. Credit: mapquest.com, David Pendered

President Trump and Congress added their voices to the choir last year.

The National Defense Authorization Act established the U.S. Cyber Command. Cyber eventually is to be brought from an entity under the purview of the National Security Agency, according to a report by pbs.org.

Cyber is to become the nation’s 10th strategic command.

The expansion of Georgia’s cyber footprint was affirmed last year. Deal included $60 million in construction funding and the Legislature approved the proposal. The total investment at the Hull McKnight Georgia Cyber Center for Innovation and Training now exceeds $100 million. That includes $12 million from the City of Augusta, according to the governor’s statement.

Regarding the latest project, Deal’s office issued on Jan. 2 an advisory about his pending trip to attend the Jan. 3 groundbreaking. The advisory simply notified of the trip and, typically, would have been followed by a statement about the event. A statement was not released.

Deal had barely returned from Augusta when the cold weather became the dominant news of the day. On Jan. 4, the governor’s office issued a statement saying state and local government offices will close early Monday, “in light of several factors.” The cold weather was referenced, but there was no mention of Trump’s plan to attend the 2018 college football national championship, to take place at the Mercedes Benz Stadium. 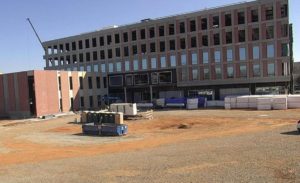 Last year, when the governor announced funding for the second facility, his administration pulled out all the stops. The series of military and business leaders quoted in a statement included this comment, from Maj. Gen. John Morrison, Jr., commanding general of Fort Gordon and cyber center:

Just Like the Flu Shot, Cyber Prevention Is No Sure Thing
SaportaReport September 17, 2018 7:30 pm

Just Like the Flu Shot, Cyber Prevention Is No Sure Thing