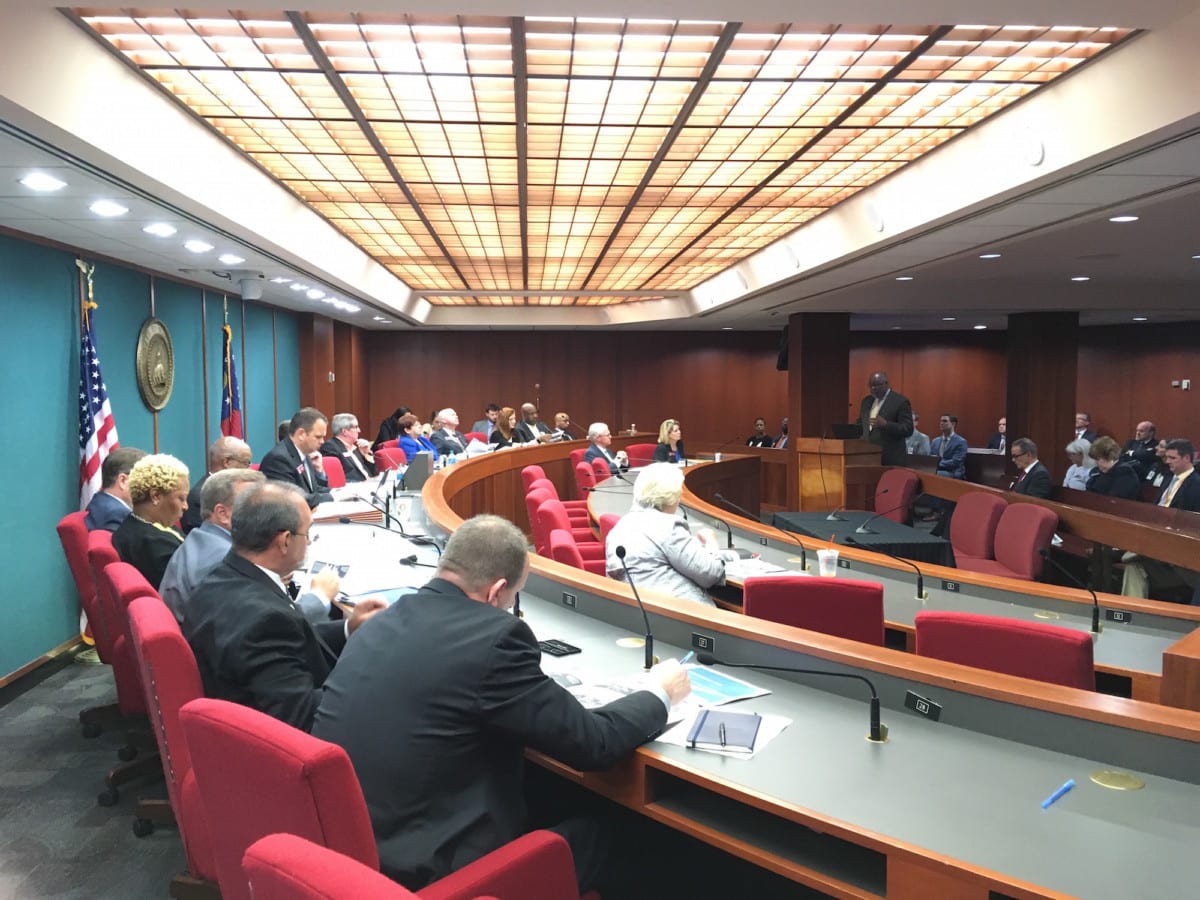 A group of state legislators plus county and transit bosses convened in Atlanta on Thursday to start work on recommendations for the state’s transit systems. They heard a hint that state leaders may look favorably on Georgia contributions toward transit.

The state House’s top legislator told the state House Commission on Transit Governance and Funding that he’s charging them with a discussion and assessment of transit in Georgia.

“Your recommendations may include restructuring governance or creating agreements between governments to make transit delivery more efficient. Your recommendations may also include reasonable state funding to support our transit systems subject to appropriate controls,” said state House Speaker David Ralston (R-Blue Ridge) as he opened the meeting in a state Capitol hearing room. 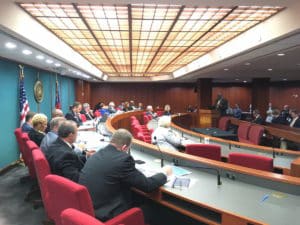 House lawmakers voted to create the commission on the last day of the annual legislative session this year, just hours before a section of Interstate 85 caught fire and collapsed near Piedmont Road. MARTA ridership spiked.

But emergencies aside, Ralston said plenty of data say that transit should be a part of transportation planning.

“As our ports grow and our economy strengthens, we’ve got to be able to move more people and more goods through our state. Transit gives us a powerful opportunity to achieve both goals,” he said.

The committee will look at transit statewide, which includes everything from small rural counties where folks can arrange modest services like bus rides to the doctor to the behemoth: MARTA.

Major state funding for transit would be a big shift for Georgia. Transit is for the most part bankrolled by passengers, the federal government, plus local funds such as the sales taxes that go to MARTA.

In fiscal year 2016, which began July 1, 2015, Georgia awarded $75 million in grants to transit agencies statewide, a landmark spend for the state. The award included $30 million for a MARTA audiovisual system. In the fiscal year that ended in June 2015, state transit funding came to a little more than $14 million, mostly for the Georgia Regional Transportation Authority. Among other things, that agency operates the Xpress bus service targeted at metro Atlanta commuters.

Total state spending for the year that begins July 1 will come to something like $25 billion. And though some people believe otherwise, the state doesn’t send ongoing funding to MARTA.

“MARTA remains the largest heavy rail system in the country that does not receive any direct state financial support and Georgia is the largest state by population that offers no dedicated funding for transit,” said Doug Hooker, executive director of the Atlanta Regional Commission, the regional planning agency for the 10-county metro region that includes Fulton, most of its neighboring counties, plus Rockdale and Henry.

“We’ve been very prosperous so far without that, but as the speaker [Ralston] says, increasingly our competitiveness as a state will depend more and more about our availability of reliable transit for all of our populations,” Hooker told the commission.

One of the state House’s key gatekeepers in transportation, Transportation Committee Chairman Kevin Tanner (R-Dawsonville) is chairing the commission.

“When I’m talking to people about transit,” said Tanner, “there’s a lot of people that think transit should be self-sufficient at the fare box and that’s just not ever going to be the case.”

But the Legislature tends to move more deliberately than “rapidly.” And transit is complex to say the least: a spaghetti blob of funding sources, government agencies, and jurisdictions.

Subject to the House speaker’s approval, the committee may run as long as two years and deliver recommendations as late as December 31, 2019.

Tanner said the committee may put out a request for proposals for a contractor to help with their work.