The news was announced in an email to GreenLaw’s friends Wednesday by Greg Presmanes, who is chairman of GreenLaw’s board.

“I am so excited that Stephanie will be leading our team forward into its third decade of giving Georgia’s environment its day in court,” Presmanes said. “Out of a pool of many qualified applicants, Stephanie was the clear fit for leading GreenLaw. She has tremendous legal and public service credentials and a passion for protecting our environment.” 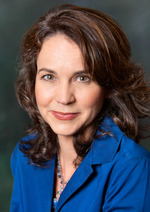 In 2011, Benfield was given Outstanding Lawyer in Public Service Award by the Atlanta Bar Association.

Presmanes wrote that Benfield is an outdoors enthusiast and nature lover who has been a vocal environmental advocate during her 14-year tenure as a member of the Georgia House’s Natural Resource Committee. Her commitment to clean water and clean air issues grew even stronger after her son, Robert, was diagnosed with asthma.

Benfield will replace Justine Thompson, who has served as GreenLaw’s executive director for 12 years. Under Thompson’s direction, GreenLaw successfully won a 10-year legal battle to stop New Jersey-based LS Power from building a coal plant in southwest Georgia. Also, there has been “tremendous progress” made in stopping pollution from two more proposed coal plants.

Thompson is moving to Florida to be with her family, but she will continue as a staff attorney focusing on the reduction of emissions from coal-fired power plants.