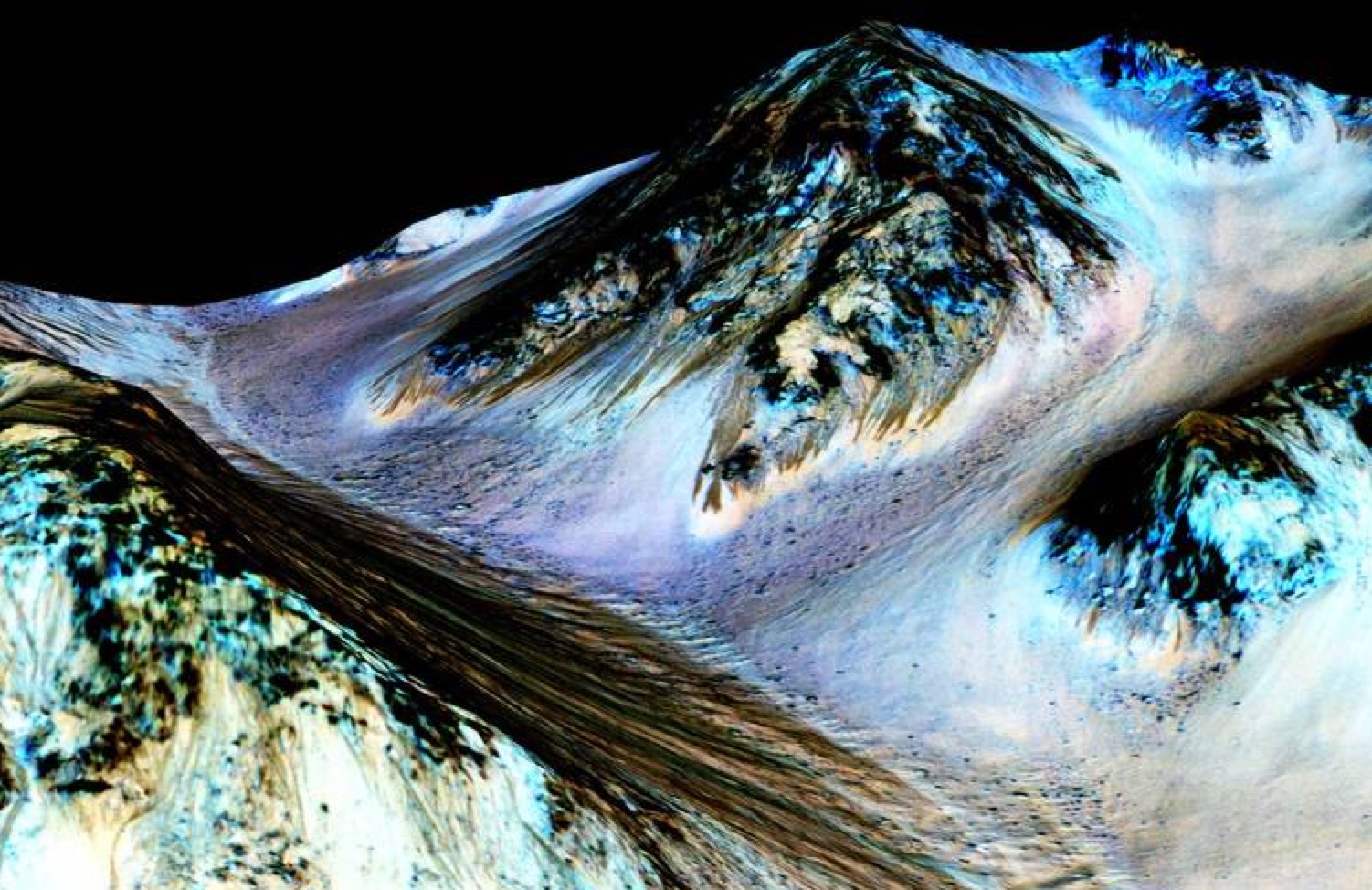 NASA has confirmed that these dark streaks are proof of water on Mars. The streaks are 100 yards long. Credit: nasa.gov

A Georgia Tech student was at the center of a presentation Monday at which NASA confirmed evidence that water flows on modern day Mars. 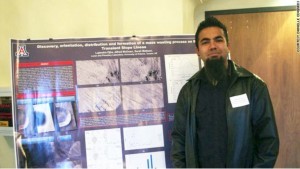 Lujendra Ojha, a PhD candidate at Georgia Tech, was the lead author of NASA’s report Monday confirming the existence of water on Mars. Credit: Danielle Edwards

Lujendra Ojha, a PhD candidate in planetary science at Tech, was featured in the NASA discussion because he is the lead author of a report regarding hydrated minerals that appear as streaks on slopes on Mars’ surface. International speculation over the weekend cited Ojha’s presence at the program Monday as reason to suspect NASA would announce it had confirmed the presence of water.

Ojha’s research has focused for five years on these mysterious streaks. He started his work in 2010, when he was an undergraduate student at the University of Arizona.

“When most people talk about water on Mars, they’re usually talking about ancient water or frozen water,” Ojha said in a statement released by NASA. “Now we know there’s more to the story. This is the first spectral detection that unambiguously supports our liquid water-formation hypotheses for RSL [recurring slope lineae].”

Ojha was in the company of some serious scientists when he delivered his remarks.

One was John Grunsfeld, astronaut and associate administrator of NASA’s Science Mission Directorate in Washington. Another is Michael Meyer, lead scientist for NASA’s Mars Exploration Program at the agency’s headquarters in Washington. 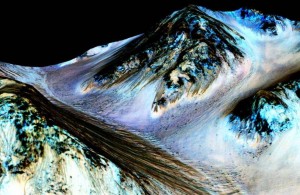 NASA has confirmed that these dark streaks, on the left side of the image, are proof of water on Mars. The streaks are 100 yards long. Credit: nasa.gov

“Our quest on Mars has been to ‘follow the water,’ in our search for life in the universe, and now we have convincing science that validates what we’ve long suspected,” Grunsfeld said in a statement. “This is a significant development, as it appears to confirm that water – albeit briny – is flowing today on the surface of Mars.”

Meyer noted NASA’s plan to send a manned mission to Mars in the 2030s in his comments on the discovery.

“It took multiple spacecraft over several years to solve this mystery, and now we know there is liquid water on the surface of this cold, desert planet,” Meyer said in the NASA statement. “It seems that the more we study Mars, the more we learn how life could be supported and where there are resources to support life in the future.”

Ojha was one of two Tech students on the panel. The other is Mary Beth Wilhelm, who was one of eight co-authors on the report that was published Monday in the journal Nature Geoscience. 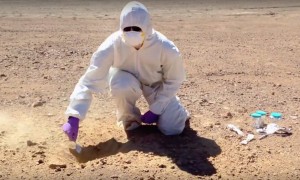 Mary Beth Wilhelm, a PhD candidate at Georgia Tech, focuses her research on the presence of water on Mars. Wilhelm is a co-author of a NASA report announcing the discovery of water on Mars. Credit: marybethwilhelm.com

The research that led to the discovery involve what NASA’s statement described as, “signatures of hydrated minerals on slopes where mysterious streaks are seen on the Red Planet.” They appear in several locations when temperatures are above minus 10 degrees Fahrenheit and disappear at cooler temperatures. The net result is the minerals indicate that water is wicked to the surface at times of warmer temperatures and creates the dark features.

“We found the hydrated salts only when the seasonal features were widest, which suggests that either the dark streaks themselves or a process that forms them is the source of the hydration,” Ojha said in the statement. “In either case, the detection of hydrated salts on these slopes means that water plays a vital role in the formation of these streaks.”

Previous Article
Atlanta to invest nearly $1 million in tree planting, programs about urban forest
Next Article
The value of a mentor