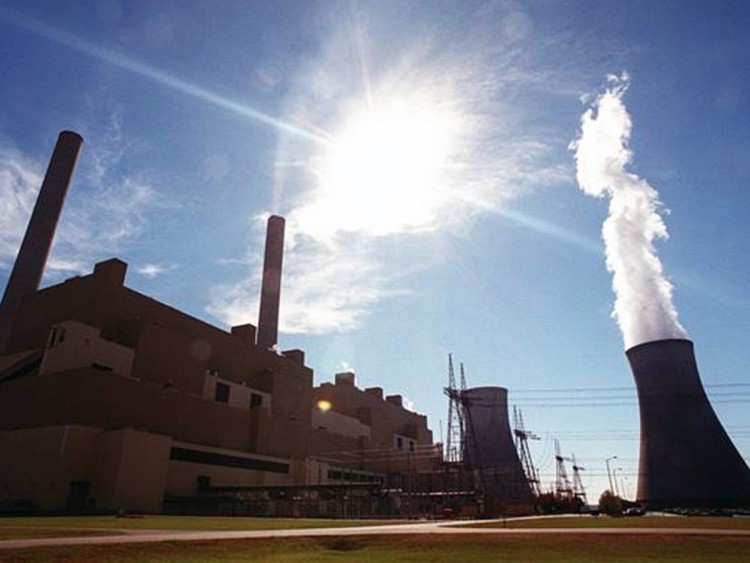 Georgia Power's Scherer Plant was among the company's coat-fired plants that produced approximately, "64 percent of the state's electricity with coal mined in other states." Credit: georgiaencyclopedia.org

Georgia is among the 25 states that prevailed in their effort to have the U.S. Supreme Court delay the centerpiece of President Obama’s environmental agenda.

Georgia Power’s Scherer Plant was among the company’s coat-fired plants that produced approximately, “64 percent of the state’s electricity with coal mined in other states.” Credit: georgiaencyclopedia.org/W.A. Bridges/Atlanta History Center

The court issued a 5-4 decision that temporarily prohibits the U.S. Environmental Protection Agency from implementing a program intended to rein in coal power plants. The program is part of the administration’s efforts to reduce carbon dioxide emissions.

The ruling is significant in Georgia. The state has nine coal power plants, according to a report by GreenLaw, a non-profit law firm active in the environmental arena.

A story on wsj.com characterized the court’s decision as an, “early and potentially significant blow to a rule that is the cornerstone of President Barack Obama’s efforts to slow climate change.”

The decision delays implementation of the EPA program until a lower court can rule on challenges to EPA’s plan. Those cases are to be considered this summer. Further filings in the Supreme Court are expected after a U.S. Appeals Court in Washington issues its ruling.

Reaction among Georgia’s environmental community has been muted.

The Southern Environmental Law Center, based in Virginia with an office in Atlanta, issued a statement Tuesday that reads, in full: