Hackers could gridlock Atlanta, any other city by stranding connected vehicles: Georgia Tech 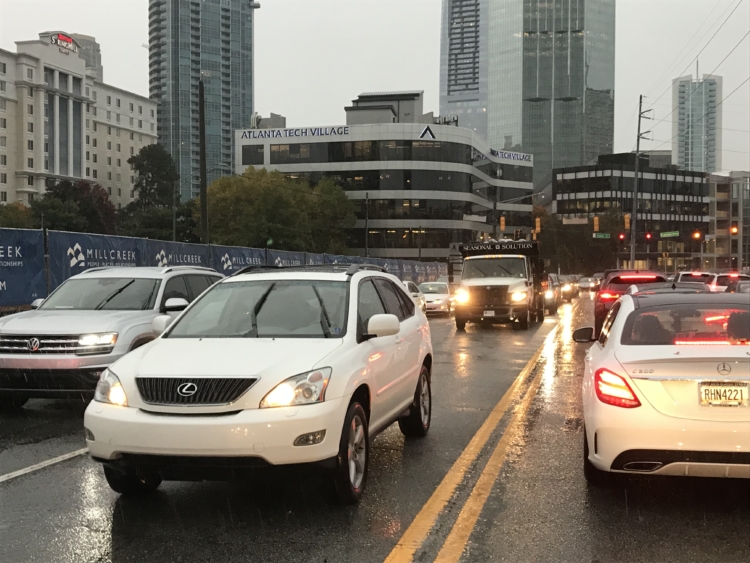 Hackers could create gridlock in Atlanta and other cities by taking control of the vehicle's systems in order to strand the vehicles, according to new research from Georgia Tech. Credit: David Pendered

The allure of self-driving cars and other connected vehicles just suffered another ding, this one in a report of Georgia Tech research into the traffic gridlock that could be created if hackers immobilized vehicles. Metro Atlanta is especially vulnerable because of the layout of the region’s road network researchers said. 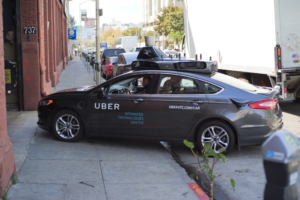 Georgia lawmakers allowed autonomous vehicles to be driven on public roads under certain conditions in a move aimed, in part, at competing with states such California, where Uber in 2016 was testing this AV for possible use in its network. Credit: Dllu via wikimedia

Total gridlock was created in a model of Manhattan by halting just 20 percent of vehicles during a rush hour, according to Tech’s statement about the report published in July by the journal, Physical Review E.

In Atlanta, traffic congestion from a hacking attack could be even worse than the Manhattan results.

That’s because local road networks aren’t laid out in a grid pattern that facilitates the use of alternative routes, according to Peter Yunker, an assistant professor in Tech’s School of Physics who co-led the project:

Georgia allows autonomous vehicles to operate on public roads, with certain restrictions. Any concerns voiced about hacking didn’t carry the day in 2017 as lawmakers and then-Gov. Nathan Deal endorsed legislation in support of self-driving vehicles. The potential of hacking was mentioned in a 2014 report by a House study committee that recommended against allowing AV on public roads at that time:

Atlanta is testing out connected street technology along North Avenue. One component involves traffic signals connected via fiber to other traffic lights that are computer operated. This network of traffic signals enables vehicles, pedestrians and bicyclists to share the space and travel safely at optimum speeds. 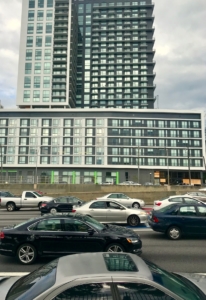 Hacking into a car’s digital system could be as simple as crashing through a satellite radio signal, according to Jesse Silverberg of Multiscale Systems, Inc., Yunker’s co-lead on the project:

Such was the case in 2015, when hackers derailed a Jeep by hacking into its WiFi, according to a snapshot of the research report that appeared in the journal Physics.

Gridlock is just the start. The model didn’t account for the sort of woes the Atlanta region already proves it can experience during snow and ice storms:

The scenario of a lesser Armageddon pops out even though researchers took care to note they were not observing on the technical issues related to hacking into a vehicle to take control. As Tech’s statement observes of the authors: