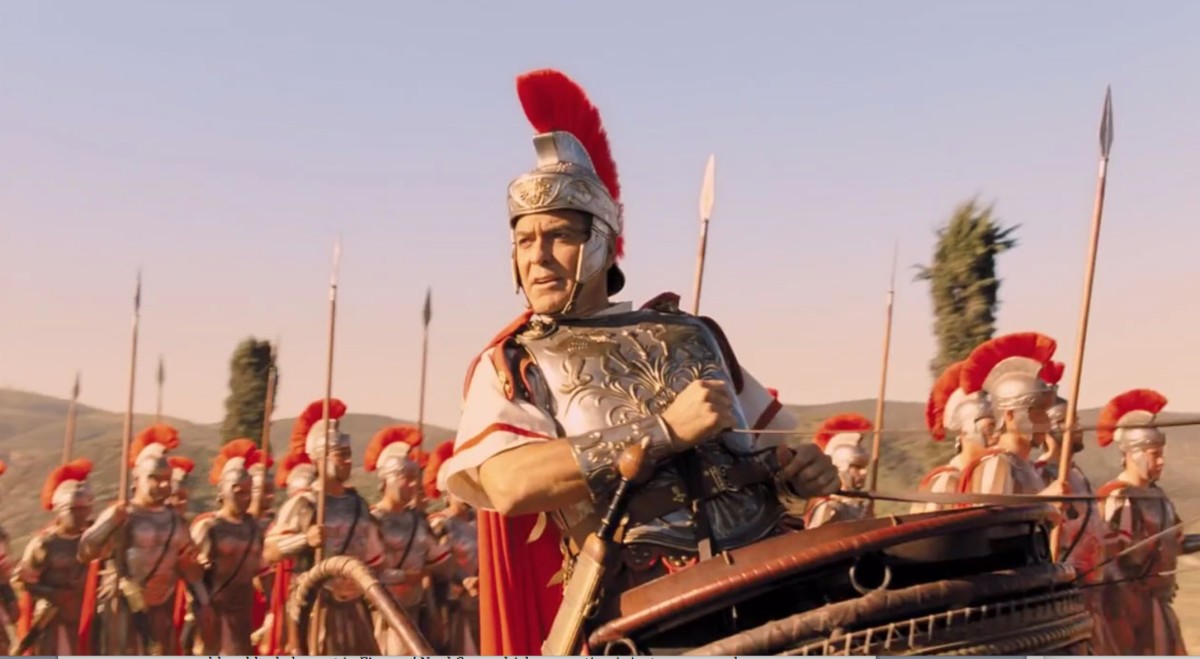 The Coen brothers can be a lot like the little girl who had a little curl right in the middle of her forehead. 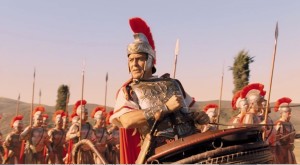 The kidnapping of a dim-bulb hunk character, played by George Clooney, is the basis of ‘Hail Caesar.” Credit: tribute.ca

“Hail, Caesar!” leans toward the horrid.

Set in Hollywood in the early ‘50s, the film focuses on a very hectic day in the very hectic life of Eddie Mannix (Josh Brolin).

Mannix, incidentally, actually existed.  He was a “fixer,” i.e., a guy who specialized in handling the sort of messes so many stars often found themselves in.  Compromising photos, less-than-hetero heartthrobs, inconvenient pregnancies, the usual.

This particular day, Mannix has a helluva mess on his hands. One of the studio’s biggest stars, a dim-bulb hunk named Baird Whitlock (George Clooney), has been kidnapped – right in the middle of filming a, well, dim-bulb religious epic that’s part “Ben-Hur,” part “The Robe,” and pure Coen brothers.

The culprits are an inept bunch of Hollywood “Commies,” i.e. mostly screenwriters who rail against the evils of capitalism while hanging out in a ritzy Malibu beach house.

Where, by the way, they enjoy finger sandwiches.

A stunning dance number, a la ‘On the Town,’ is a high point in ‘Hail, Caesar!’ Credit: rogerebert.colm

That’s pretty much the main thread of the movie which otherwise concerns itself with the last gasps of the studio system. Thus, we’re treated to goofy spoofs of an effete drawing-room comedy, an Esther Williams-like extravaganza, an achingly old-hat (read, white hat, black hat) Western, the aforementioned religious epic, etc.

Some snippets are funnier than others, but the overall effect is scattershot – especially for artists as detail-oriented as the Coens. The more familiar you are with Old Hollywood history, the more distracted you may be by the liberties taken.

It’s not all bad. The best bit is a stunning dance number from an “On the Town”-ish musical, with a wink-wink homosexual subtext (not really so “sub”) and absolutely the best performance Channing Tatum has ever given. As the lead sailor boy, he’s loose, funny and altogether charming.

The other great gag is the way Clooney’s movie – in which he plays a Roman centurion – only shows Jesus from the back (William Wyler actually did this in “Ben-Hur”). However, this Jesus is so outrageously fair-haired, he’d fit right in with the rose-hungry flock on “The Bachelor.” 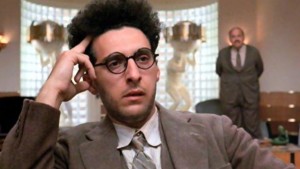 Other famous faces on view are Scarlett Johansson as the all-wet Williams surrogate, Jonah Hill as a the seen-it-all lawyer, Ralph Fiennes as a fey director, Tilda Swinton as twin – and extremely competitive – gossip columnists and Frances McDormand as a chain-smoking film editor.

The best of the lot is the least known: Alden Ehrenreich as a genuinely nice, genuinely talented (for his particular niche) singing cowboy. However, that he would suddenly be cast in Fiennes’ Noel Coward-ish concoction is just one example of the movie’s sloppiness.

Further – and more crucially – a studio fixer was quite a different animal from a studio mogul. Placing Mannix in both roles throws everything off.

Back in 1991, the Coens took dead aim at Hollywood in the early ‘40s and hit every target right through the heart. The movie was “Barton Fink” and that’s the one you should seek out.