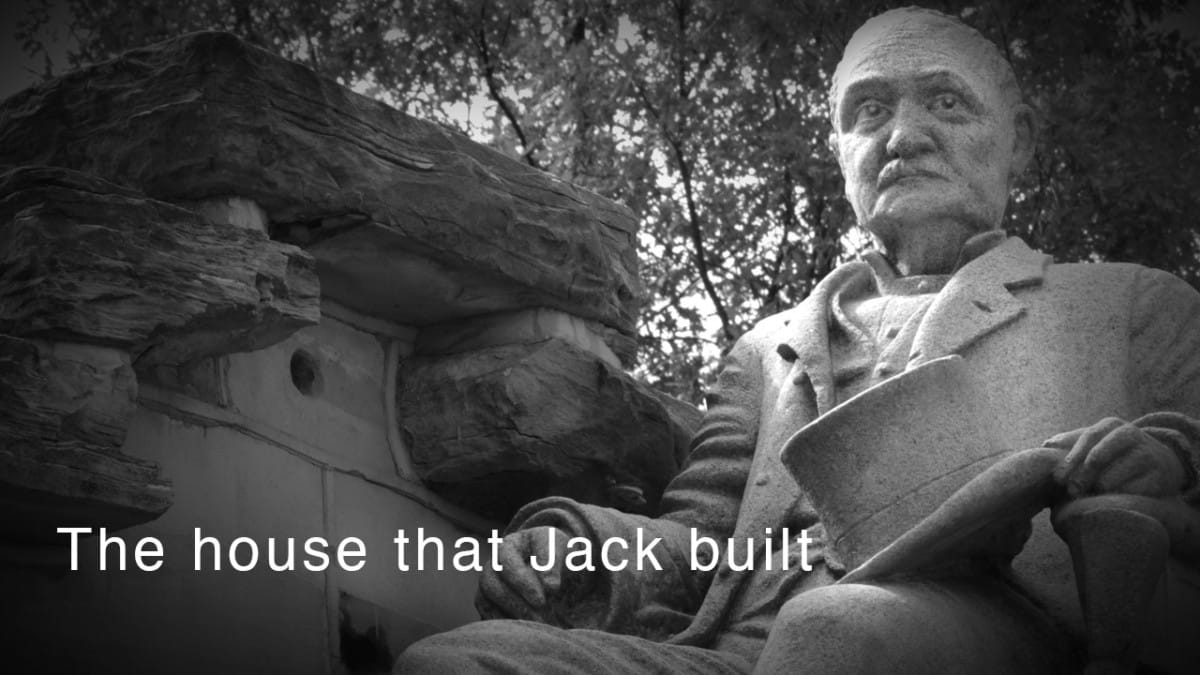 Even Atlanta, with it comparatively young history, is not without its colorful characters. And one of Atlanta’s more interesting individuals was Jasper Newton Smith. Smith was an Atlanta businessman during the city’s reconstruction days. He owned a business at what is today the intersection of Peachtree and 14th Streets.

Jasper Smith, or Jack as he was known, was a brick maker and you can imagine that, at a time when Atlanta was rebuilding from the devastation of the Civil War, a guy who made bricks was in high demand. High enough demand to make Jack Smith wealthy. By some accounts, Smith’s company produced somewhere in the neighborhood of 10 million bricks.

Jack sold his brick-making company for a handsome profit and for the rest of his life he dabbled in real estate. In fact, he owned an odd shaped parcel of land in what is now the heart of downtown Atlanta and on that land he built, by all accounts, one of Atlanta’s most interesting buildings. The structure was unique in that it fronted 3 Atlanta streets, Peachtree, Forsyth and Church Street, the present day Carnegie Way. The building was covered in granite slabs that were carved with biblical inscriptions. And, of course, as was custom in those days, there was a cornerstone and, wouldn’t you know it, that cornerstone is the subject of this week’s Stories of Atlanta.