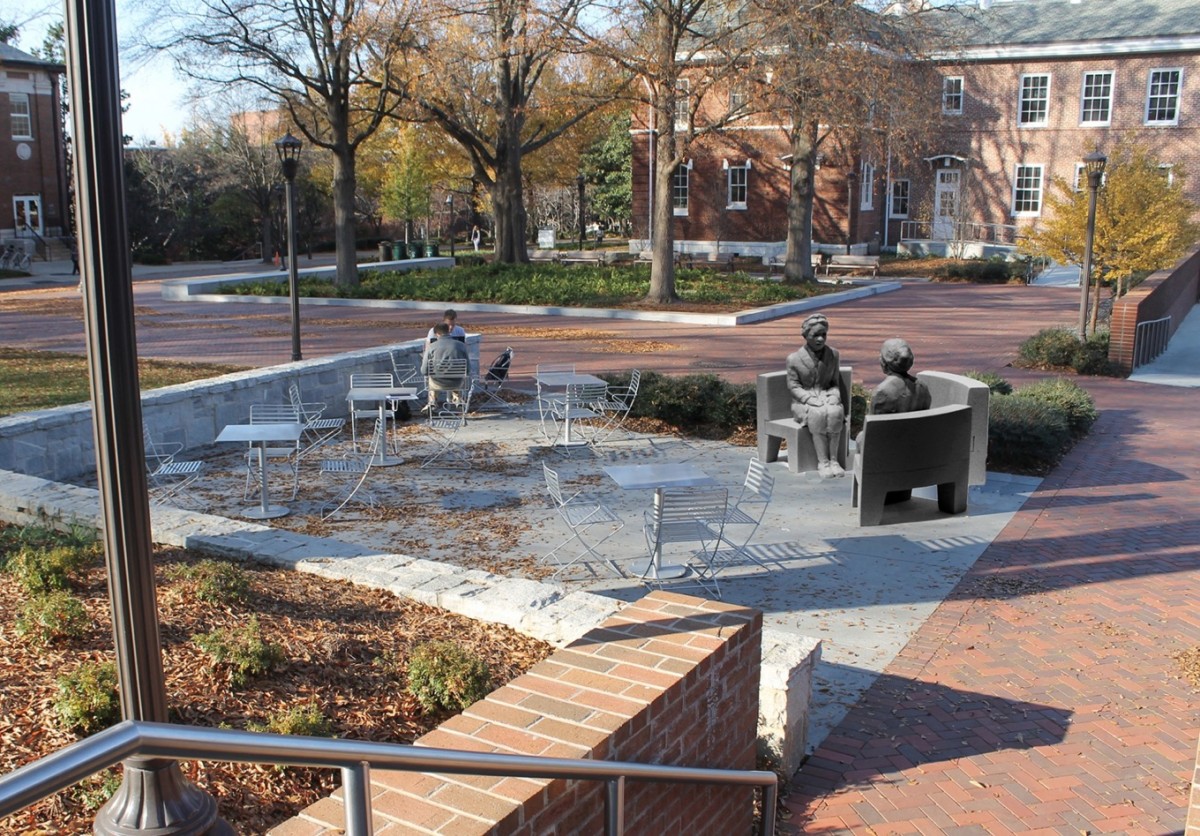 A sculpture honoring Rosa Parks is to be dedicated Thursday afternoon on the campus of Georgia Tech. The sculptor is Martin Dawe, who crafted the sculpture of Martin Luther King, Jr. installed last year on the grounds of the state Capitol. 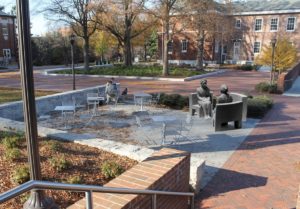 The sculpture tribute to Rosa Parks invites passerby to sit between the two statues and continue the conversation the statues may be having. Credit: news.gatech.edu

The sculpture at Tech, Continuing the Conversation, is located in Harrison Square. The square honors the Tech president who guided the school through desegregation. Tech was the first major university in the Deep South to desegregate without a court order, according to a story about the sculpture published by Georgia Tech

The story begins with the notion that Parks probably never stepped on Tech’s campus. But as the director of Tech’s Office of the Arts, Madison Cario, observed, the piece is an appropriate addition.

“It allows the entire campus community to reflect on how the action of one person can have tremendous impact,” Cario said. “It illuminates history and welcomes us to become a part of it.”

Similar thoughts were expressed by the benefactors, Rod Adkins and his spouse, Michelle Adkins. Both are Tech alumni and active in campus affairs.

The Adkins couple dug deep into their support for Georgia Tech to support the Rosa Parks memorial. Credit: news.gatech.edu

“It felt right,” Rod Adkins said in the story. “It felt like it integrated all of the things we stand for. We are really proud that it’s going to be on the campus of Georgia Tech.”

“She was tired of giving in,” Michelle Adkins said of Parks. “That lesson in itself is good for our young generation: It’s important to stand up for what you believe in. Fight to make a difference and to make your lives better. I think that’s something that Tech students and the Atlanta community — all people in general — can take a lesson from.”

The bronze sculpture has three components.

Between the two sculptures is an empty chair. The idea is that passersby can stop and sit, reflecting on the conversation the two women may be having.

Rafael Bras, Tech’s provost and executive vice president for Academic Affairs, said the conversation is one of which college students should be aware.

“It is important to keep this history alive, because the conversation that Rosa Parks carried, with herself and with the people of the United States, needs to continue,” Bras said in the story. “I think we are obliged to remind and educate our students of that history and challenge them to do the same.”

Tech has scheduled the unveiling ceremony to begin at 2 p.m., followed by a reception to honor the Adkins.