Georgia lawmakers should be mindful of the state’s tourism industry as they deliberate proposed religious freedom bills, leaders of the state’s hospitality industry told a House panel Tuesday. 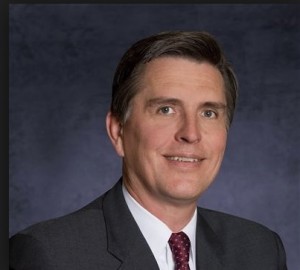 But with supporters rallying in the Capitol’s Rotunda and then spilling to the ceremonial front door Atlanta City Hall, the proposals already have a lot of momentum. A Republican committee member indicated advocates won’t go quietly into the night.

“We hear this a lot – ‘You guys shouldn’t do that [pass legislation] because it will hurt us,’” said Rep. Buzz Brockway (R-Lawrenceville). “Do you have any numbers to back up the possible impact?”

And so ended Tuesday, the second legislative day of the 2015 session of the Georgia General Assembly.

The testimony from hospitality leaders presented a smoke-free view into the looming debate over a truly thorny issue facing a Legislature that’s already expected to handle heavy matters such as education reform and transportation funding.

Tourism leaders made their case to a panel of lawmakers who, essentially, were meeting on their own time. None has been appointed to the House Economic Development Committee because House Speaker David Ralston had yet to appoint members to various standing committees. The audience of 20 or so did not appear to contain any advocates or opponents of religious freedom bills.

Ron Fennel, an advocate for the hospitality industry, moderated the flow of information from industry leaders to the committee. Fennel noted at the outset that he found it hard to believe that more than two decades have passed since he last served in the Legislature, representing his hometown of Brunswick.

Brad Koeneman did the heavy lifting on the religious freedom issue. Koeneman took over the Hilton Atlanta in 2006 and in 2014 chaired the Atlanta Hotel Council.

“We all believe in religious freedom,” Koeneman said. “Our concerns is that the bills, as written, are going to be perceived pretty negatively as we talk to customers across the country. There’s going to be some significant impact we’ll have to deal with. 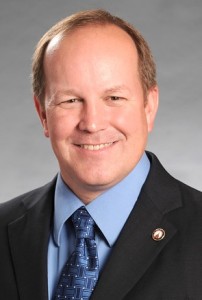 Koeneman continued: “Many of our customers, from a perception standpoint, are risk adverse. When they have a decision about where to place business, they are going to go to a place where … they can stay away from any PR problem.”

At this point, Brockway asked his question about possible economic impact of passage of a religious freedom bill.

Koeneman said quickly that one business cancelled after the Legislature passed an immigration bill, taking with it $2.5 million in revenues. He concluded by saying these types of issues can have many unintended consequences.

“What does concern me more is the long term piece,” he said.

“The concern, too, is that where we are in the development cycle, hoteliers and people are building hotels, people are starting to build and buy hotels,” Koeneman said. “Now is not a good time to be perceived as anything but the most welcoming place in the country.”

The day started with handshakes and smiles at the annual Eggs & Issues Breakfast.

The Georgia Chamber of Commerce hosts the event, at which the state’s three top elected officials present their platforms to some 2,000 business and civic leaders. Tickets start at $125 for members.

Gov. Nathan Deal said he was saving his best material for his State of the State speech on Wednesday.Deal said his speech will unveil his proposals on hot button topics including education reform and transportation funding.

The governor did talk for some length about the need to guide students toward the kinds of jobs that are expected to thrive in the future. He thanked those chamber members who helped with his High Demand Career Initiative.

Deal released the report Dec. 10 and its backers view it as a roadmap to the jobs and skills of the future. Findings were derived from some of the state’s leading employers.

Lt. Gov. Casey Cagle and House Speaker David Ralston preceded the governor in making remarks. Neither got too far in front of the governor on any specific issues, and both cited the need to address transportation.

Ralston ventured: “Now is not the time for naysayers. Now is the time to come to the table.”

Cagle offered: “Doing nothing is simply not an option.”