Housing lots near MARTA stations could be developed with condos, under ATL plan

To encourage construction of apartment buildings near some MARTA rail stations, Atlanta is considering a proposal to allow apartments and condos to be built on more than 1,800 parcels of land now reserved for houses, duplexes and small multifamily structures. 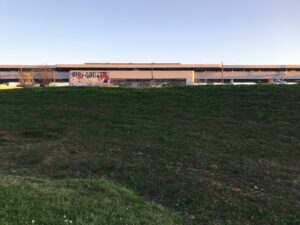 MARTA’s King Memorial Station has not served as the center of residential development transit advocates have anticipated. Credit: Kelly Jordan

One example, chosen at random from the list included with the legislation (21-O-0455), is located in Inman Park. The house is within walking distance of the Inman Park/Reynoldstown station. Under the proposal, the land use designation for the parcel would be shifted to one that allows for structures that generally are up to four stories high to be built with apartments, condos and lofts. These dwellings would help raise the number of dwellings in the city, which is the purpose of the program.

Atlanta City Councilmember Amir Farokhi introduced the proposal to promote residential density near MARTA stations on July 6. The measure would not rezone property, a step that is required to enable construction of an apartment building on land now zoned for a house.

The proposal does aim to establish the legal foundation for rezoning property for denser residential development by altering the city’s document that guides land use in the city – the 2016 Comprehensive Development Plan. Farokhi’s legislation would eliminate the potential, future hurdle of changing the CDP to build additional dwellings on the 0.17-acre site. 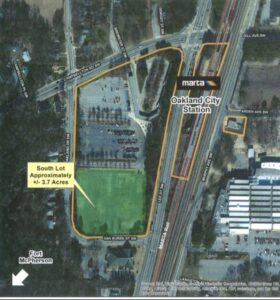 Enticing developers to build near MARTA rail stations is not always easy. No developer offered to buy this surplus MARTA land at the Oakland City Station, despite big inducments offered by MARTA. Credit: MARTA

The legislation does not identify the MARTA stations that are to be flanked by the parcels cited in the paper.

Meantime, the 2016 CDP – the document Farokhi intends to amend – is undergoing a major revision. The council is slated to adopt the new version in October.

The draft CDP contains a number of revisions similar in purpose to the ones Farokhi has suggested. In total, they aim to increase residential density in the city. One proposed method is to increase the number of dwelling on parcels now reserved for one house.

More than 1,000 callers registered their opinion about the draft CDP before a June 28 public hearing. A second hearing is set for Sept. 27.

The purpose of the proposal is presented in everyday language: 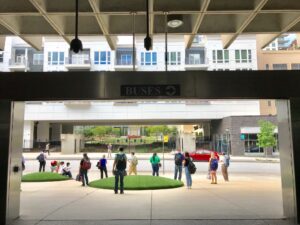 MARTA’s Midtown Station is said to be surrounded by the greatest concentration of dwellings of all the rail stations. Credit: Kelly Jordan