The first Illuminarium will open in Atlanta along the BeltLine’s Eastside Trail on July 1 with WILD – A Safari Experience – with tickets now available.

But that’s just the beginning. 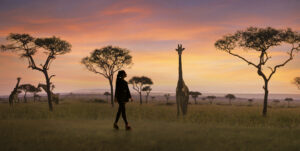 The world’s first Illuminarium will be in Atlanta. The second will be in Las Vegas – opening in January 2022. We will open in Miami in the fall of 2022. We also are working on a dozen other cities right now.”

Among some of the other possible locations it’s considering include Mexico City, Chicago, Australia, Japan and China.

Atlanta will be ground zero for Illuminarium. Not only is Atlanta the global headquarters. It is also the site of Illuminarium’s research and development lab.

Sitting along the BeltLine along what will be Illuminarium outdoor café, Greenberg pointed to all the people passing by along the Eastside Trail.

“Probably 1 percent of them have gone on a Safari,” Greenberg said. “But going on a Safari is probably on the bucket list of 99 percent of the people passing by. Our mission is to democratize extraordinary experiences.” 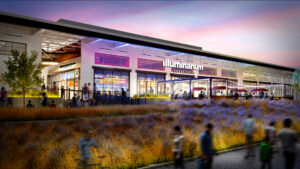 WILD, the first immersive experience, will transport visitors to Africa through cinematic content shot by Radical Media, using custom camera arrays that provide a 240-degree native field of view compared to the average 210-degree human field of view. The visitor will be able to experience the sights and sounds of a Safari with elephants, lions, giraffes in their native habitats across South Africa, Botswana, Kenya and Tanzania.

“We are virtual reality without the headset and without the glasses,” Greenberg said. “It’s not constricting.”

To pull off the effect, Illuminarium is employing $15 million of technology, including a best-in-class projection and sound system as well as “haptics” that give visitors the sensation that the floor is vibrating.

“You feel it when an elephant goes by,” said Greenberg, adding the experience also will include scent technology. Illuminarium is leasing the technology with five tech partners, including Panasonic – which will enable the attraction to keep up with the latest innovations in the field. In addition to Radical Media, other key partners include the Rockwell Group and Legends.

Another part of the Atlanta story is Illuminarium’s financial backing. 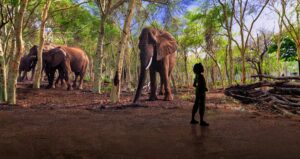 “We have raised over $100 million of capital from all over the world,” Greenberg said. “About 20 percent of our capital comes from investors in Atlanta. We have a lot of local support from people in Atlanta, Brazil, Mexico, Switzerland and all over the United States.”

But Greenberg declined identifying who they were. “We don’t announce our investors because we are a private company,” he said.

So why did Illuminarium pick Atlanta to be its global headquarters?

“It has something with me living here,” Greenberg said. “It’s a great city for any business, but it’s especially good for this business with SCAD, Georgia Tech and Georgia State. There’s great infrastructure here. We are hoping to move a lot of our post-production here to get the (film and video) tax credits.

And it had a lot to do with this location,” Greenberg added. “We saw this. It was perfect.”

The location is near New Realm Brewing, Bazati and Two Urban Licks overlooking the BeltLine.

Greenberg and his wife, Joy, moved to Atlanta about 25 years ago – looking for a good place to raise their family. 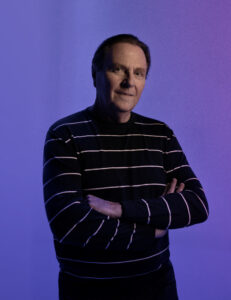 Greenberg grew up in Nashville and attended the University of Tennessee in Knoxville. They lived in several places as Greenberg had a varied career. In 1981, he became publisher of Esquire magazine. He then founded the Greenberg News Network, which created Medcast, a healthcare news organization. He then created Travel Holdings, a global interactive travel distribution firm. In 2013, he founded Avenues: The World School, an international system of for-profit schools.

“I’ve done media, healthcare, travel, education and entertainment,” Greenberg said. “I just love starting things. In all cases, we had something that was differentiating.”

That led to him founding the Illuminarium concept in 2019, after having already reached out to prospective partners and investors.

“The experience economy is booming, though it took a hiatus during the pandemic,” Greenberg said. The inspiration for Illuminarium was the original Van Gogh experience at the Paris Atelier des Lumières. In Atlanta, there also was the popular Yayoi Kusama Infinity Mirrors at the High Museum.

“That’s exactly the kind of thing we are doing,” Greenberg said. “They are examples of how great experiences draw a crowd.”

The WILD safari experience will be followed by SPACEWALK, a journey through the solar system, where visitors will experience what it’s like to walk on the surface of the moon and Mars. Every six months there will be a new experience.

Those experiences will be open during the day – likely from 9 a.m. to 7 p.m. And then it will become Illuminarium After Dark. 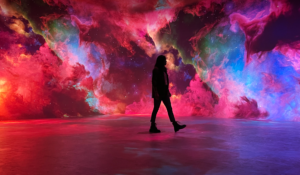 “At the flip of a switch, we can turn it into the coolest bar lounge in Atlanta,” Greenberg said. “The ambiance can change every week. You can have a drink at the bottom of the ocean or on top of the Himalayas. We can change everything. If you want to have a wedding in Paris, you can do it here.

Illuminarium also has a local social impact partner – Atlanta-based WildArk.org – led by CEO John Hardman. WildArk works collaboratively with local partners to protect wildlife, biodiversity and ecosystems around the world. Illuminarium will donate a portion of all ticket and merchandising revenue annually to WildArk.

“What’s unique about Illuminarium is that it’s a place that can take you any place. The world is our oyster,” said Greenberg, who is 70. “Illuminarium is the capstone experience for me and my career.”

Note to readers: Another example of experiential entertainment currently in Atlanta is: Van Gogh: The Immersive Experience at Pullman Yards. The Van Gogh experience surrounds visitors with the Dutch artist’s paintings that come to life through technology as viewed in this short video of the Van Gogh experience. 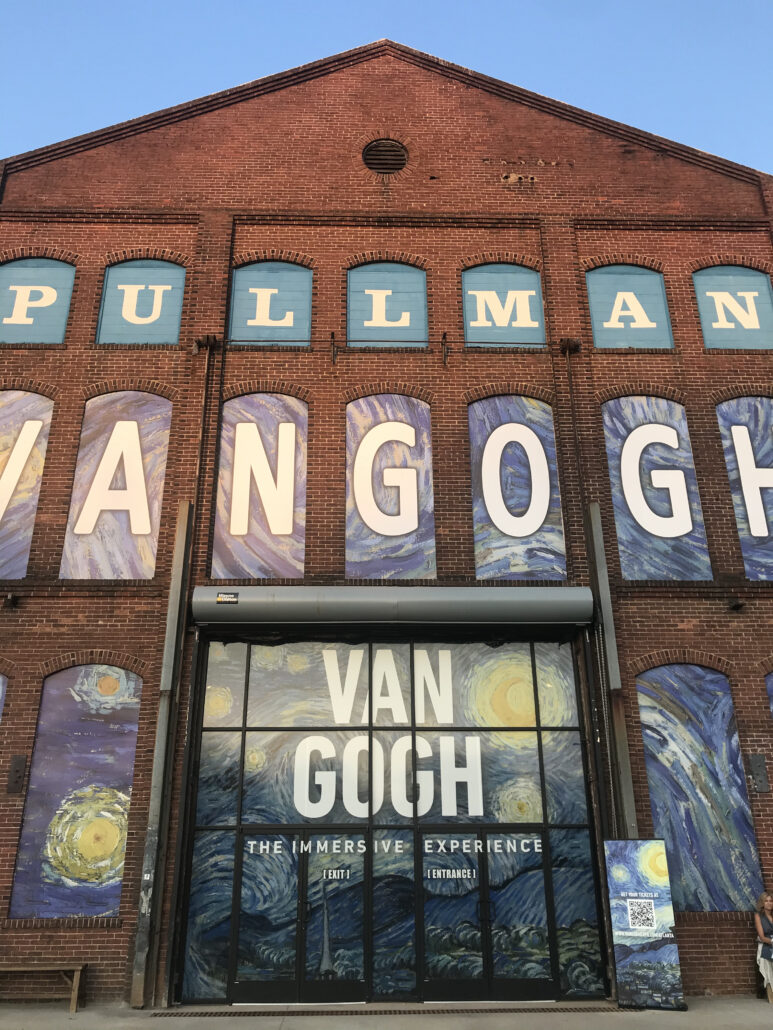