Back in November, I wrote a column about a couple dozen of high visibility trees in Midtown that were in danger of being cut down.

That included a dozen trees around the Jack Guynn Plaza in front of the Federal Reserve Bank of Atlanta a few feet off Peachtree near 11th Street.

And there were another dozen trees along the sidewalks around the Campanile building at 14th and Peachtree streets that also had those dreaded “X”s showing their days were numbered.

All those trees have since been cut down. And the stories behind the two are puzzling and both situations point to the urgent need to have a tougher tree ordinance to protect Atlanta’s tree canopy. 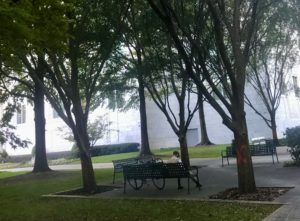 Surprisingly, the Tree Commission agreed with the community, and after nearly two hours of deliberation, it voted 4 to 3 against allowing the Atlanta Fed to down the 12 elms on the property.

The ruling stated that the Atlanta Fed could have come up with another plan an resubmit it in 60 days from that appeal, according to Stephanie Coffin, one of the people who had spoken against the Atlanta Fed’s plans. She called it a “stunning victory” at the time. “To be honest, I never expected this victory,” she wrote in an email. “As you know tree victories are few.”

But then the Atlanta Fed went ahead and cut down the trees any way, a move that several people close to the situation believe was an illegal act. 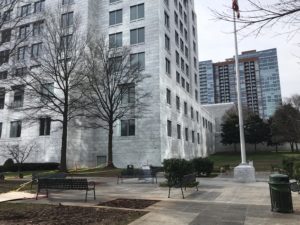 The Atlanta Fed, however, said that as a federal entity, it is not subject to Atlanta’s tree ordinance.

“While the Federal Reserve is not subject to the tree ordinance, we have always attempted to comply with its intent,” André Anderson, chief operating officer of the bank, wrote in an email. “In developing the original plan, we consulted with the city arborist, who indicated that it was in compliance with the ordinance. In addition, we participated in the appeal process in an effort to be responsive to neighbor concerns.”

Chet Tisdale, a member of the Tree Commission, disagreed.

“By filing an application with the City and participating in the appeal process, they may have waived the right to take the position that they are not subject to the ordinance,” Tisdale said. “I believe that the City should conduct an investigation and decide whether to take enforcement action against the persons who made the decision to remove the trees.”

Again, this sad situation is yet another incident that Atlanta’s trees almost always end up on the chopping block when developers, institutions and individuals want to cut down trees.

The way the sidewalk trees were cut around the Campanile building also raises concerns. Apparently, city’s Department of Parks and Recreation, and not the city arborist, controls the fate of trees on city sidewalks. Go figure.

Developer John Dewberry is renovating the Campanile building, and his company has said it was necessary to cut down those trees to redo the building’s entrance.

But when the contractor cut down the trees, it only cut off the tops of the trees – leaving about six feet of the trunks as a sorry reminder of what once was there.

Kent Matlock, a friend of Dewberry, asked on behalf of SaportaReport, why the trees were cut down that way.

Dewberry told him it was “to avoid someone falling in the crater that would be left.”

Matlock also said nobody loves trees more than John Dewberry, and he will replace them with “beautiful, older trees that will add to the landscape and help usher Peachtree and 14th streets into the next century.”

Parks Commissioner John Dargle, when asked about the trees on the sidewalks around the Campanile building said his department would investigate the matter.

After: the remaining five-foot high stumps of the trees along Peachtree Street (Photo by Maria Saporta)

For Tisdale, who is an avid protector of Atlanta’s trees, both instances point to the need for tougher regulations to save the city’s tree canopy and to adopt a stricter tree ordinance.

“The arborist needs to emphasize that the removal of trees is a move of last resort unless the tree is dead, dying or hazardous,” Tisdale said. “Someone should not be allowed to simply remove a healthy tree and pay money. They should be required to show it’s absolutely necessary for their development.”

As I see it, property owners and developers should do everything in their power to design and develop their projects to keep as many significant trees as possible. The city needs to be able to strongly encourage everyone that cutting down healthy trees is absolutely a last resort. When trees are cut down despite the arborist or the Tree Commission voting against such a move, there should be real consequences – far greater than just having to pay a nominal fine.

Lastly, all of Atlanta’s trees – those on sidewalks, on government property (county, state or federal) or on private property – should be subject to a strict Tree Ordinance that is enforced.

Our city and our trees deserve nothing less. 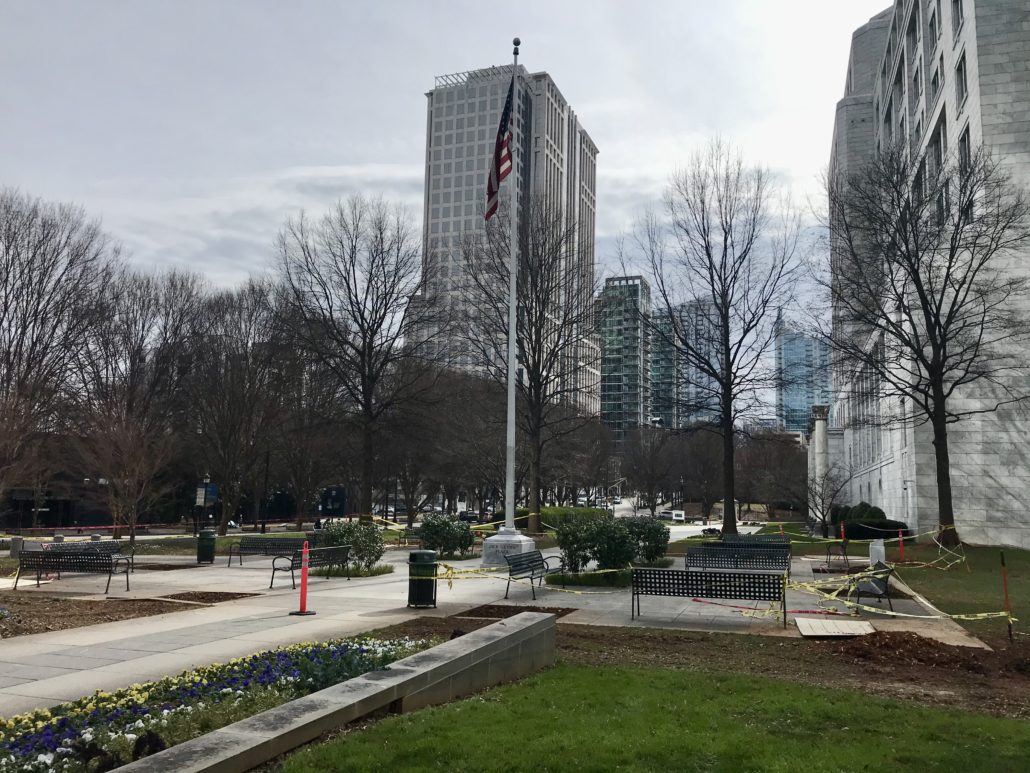 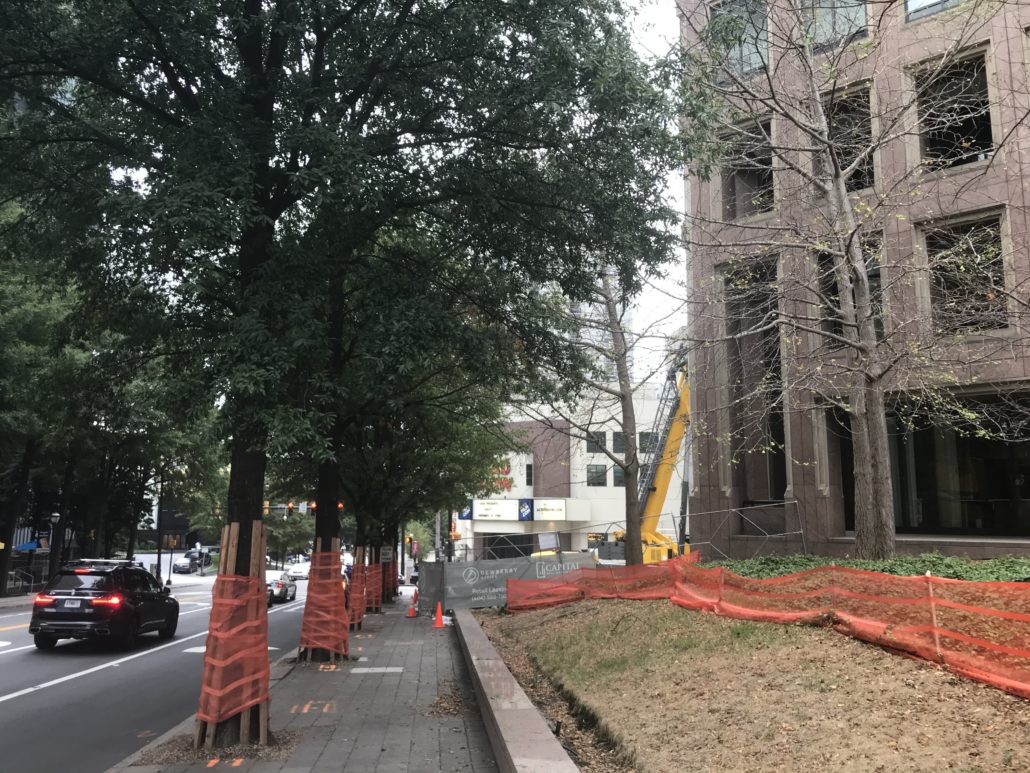 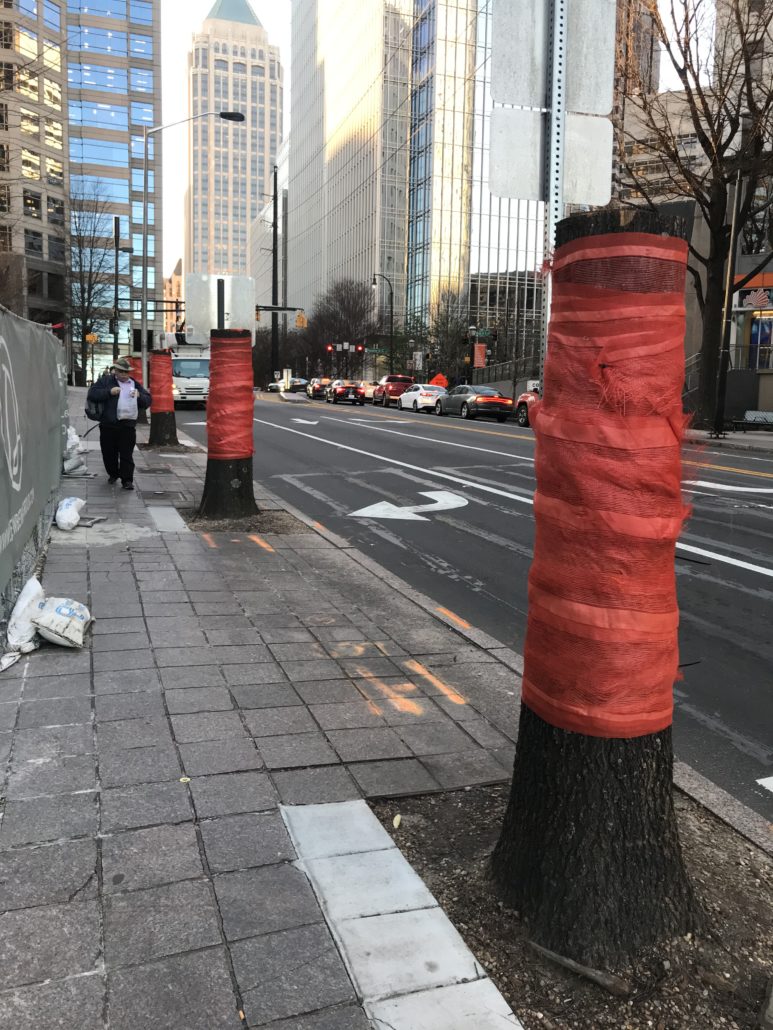 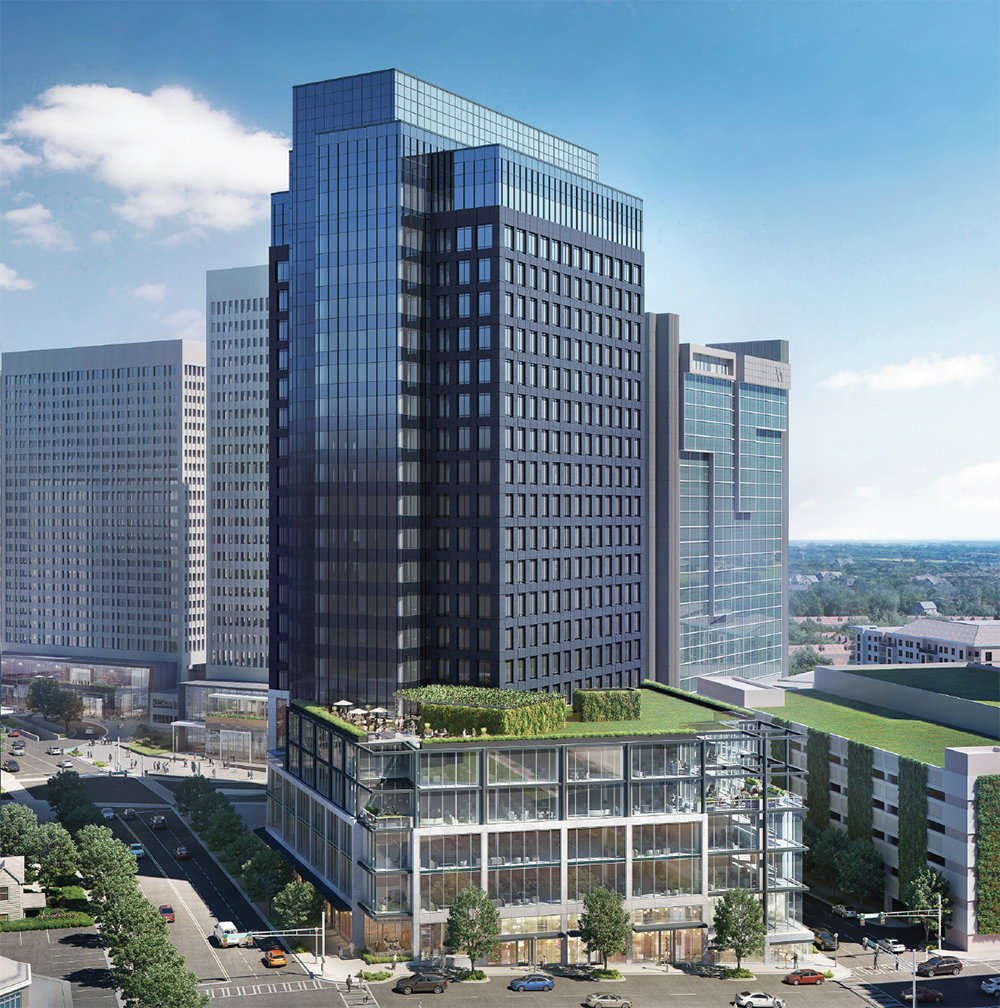 Rendering of how the Campanile building will look after the renovation (Special: Dewberry Group)