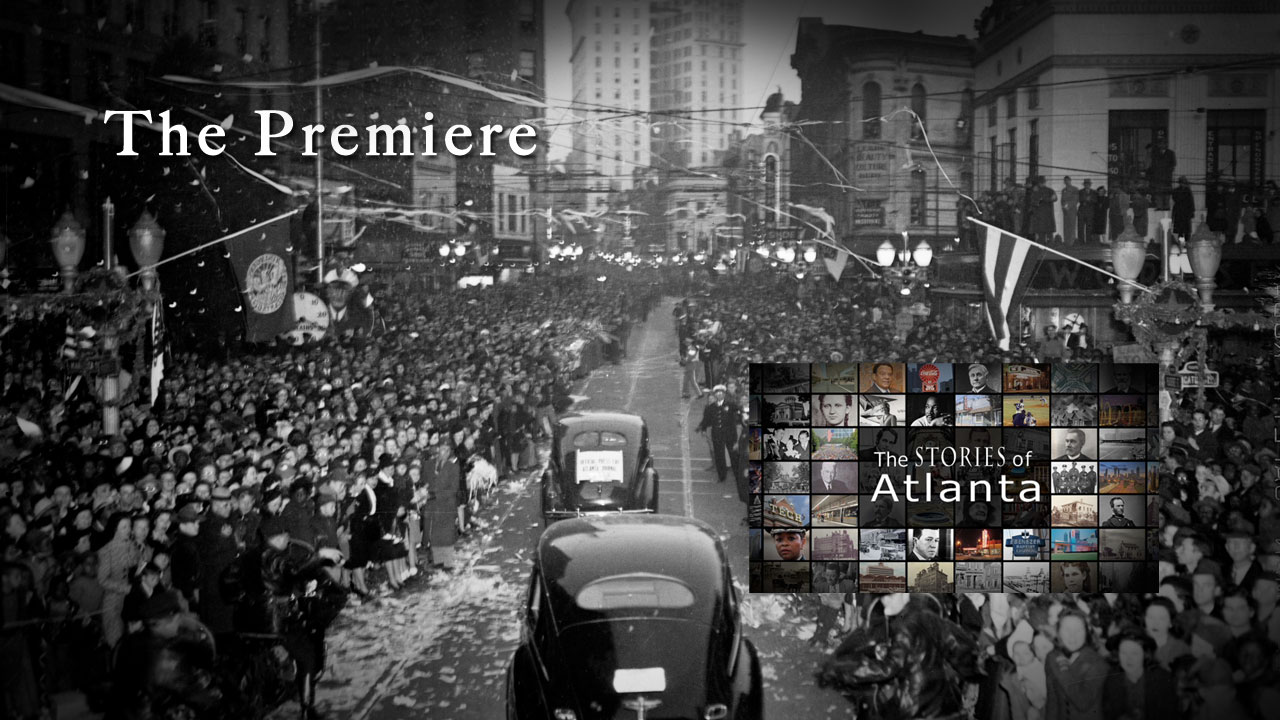 It was an Eastern Airlines flight that, in 1939, brought Hollywood to the City of Atlanta. Film buffs will recognize 1939 as, perhaps, the biggest banner year for movies in the history of filmmaking.

Gunga Din, The Hunchback of Notre Dame, Ninotchka, Goodbye Mr. Chips, Mr. Smith Goes to Washington and The Wizard of Oz, just to name a few, were all released in 1939. But without doubt, the most anticipated movie premiere of that year was based on Atlanta author Margaret Mitchell’s epic southern novel of love and the Civil War, Gone With the Wind.

The fact that many of Hollywood’s biggest stars and most influential filmmakers had flown to Atlanta was due, in no small part, to the city’s mayor, William B. Hartsfield. The mayor had mobilized a concentrated campaign to convince the film’s producers that there was only one city in which the film should have its first public showing. Luckily for Atlanta, his campaign was successful.

So, on December 15, 1939, over 300,000 Atlantans lined Peachtree Street to see the motorcade of Hollywood legends riding to the movie’s premiere. A premiere that would be held in the only Atlanta theater that the movie’s producers deemed suitable for this epic event, a theater that just happens to be the subject of this week’s Stories of Atlanta.