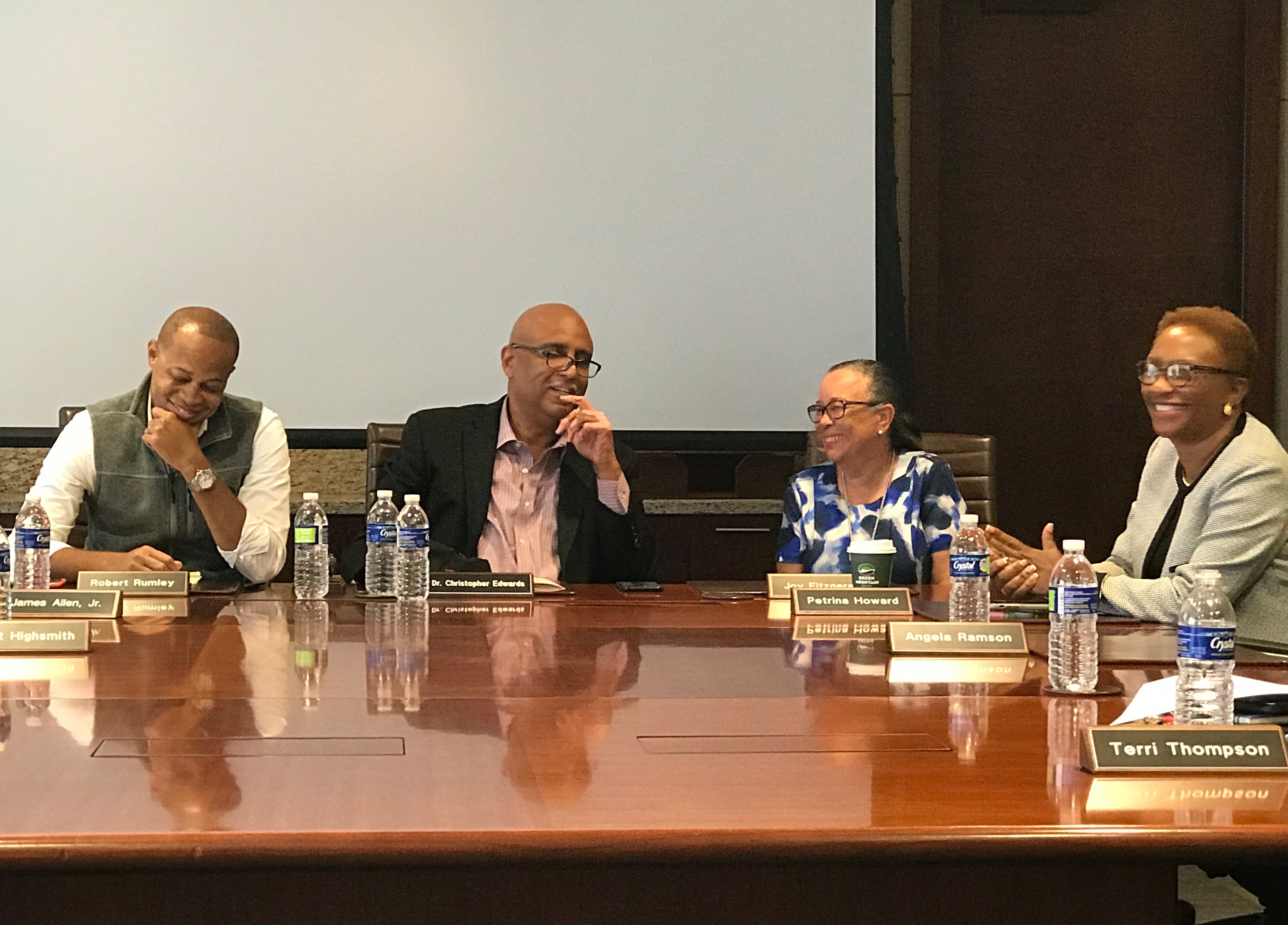 “It’s actually a delight to be back with the Atlanta Housing Authority,” Fitzgerald said, just after the board approved her Wednesday as interim president and CEO.

“I think there’s a need, because of so much transition, for some stability, particularly for our staff,” she said. 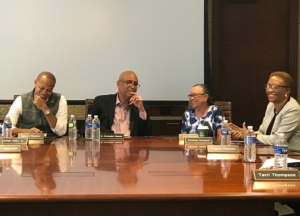 The board of Atlanta Housing voted to bring back Joy Fitzgerald as interim CEO. (Left to right) Robert Rumley, board chair Christopher Edwards, Joy Fitzgerald and Petrina Howard (Photo by Maria Saporta)

Fitzgerald was its last leader before a period of turmoil and turnover at the top. Fitzgerald had worked for the agency for about a dozen years, eventually becoming its interim leader, then its president and CEO for about a year before retiring in 2016.

Fitzgerald’s successor, Catherine Buell, resigned in 2018 with more than 18 months left in her contract, and with the housing authority a part of still-ongoing litigation with one of its developer-partners.

The next interim leader, Brandon Riddick-Seals, came from the board as the authority searched for a new, permanent president and CEO. They thought they had found him in Cincinnati’s Greg Johnson. Fitzgerald was even onboard with Atlanta Housing as a consultant to help Johnson transition into the job.

But in April, Johnson backed out of a deal to lead Atlanta Housing.

“They are well up the ladder and believe they are going to have some very serious and interesting people that will want to be part of the organization,” Edwards said.

Fitzgerald said she would stay on board until a new CEO is on the job. She did tell the AH board she would commit to the interim role for six months. 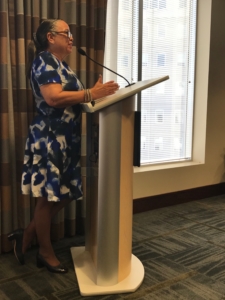 “I’m going to see the agency through, that’s my commitment,” Fitzgerald said.

Edwards said the agency now has time to be deliberative in its search.

“We’ve got good, steady hands on the wheel,” he said.

As for policy, Fitzgerald mentioned a short-term and a long-term item in her remarks to the board on Wednesday. First, get the annual budget finished by June 30. And it’s 98 percent done, she said.

Second, continue to try and get more housing built through the authority and its partners.

“I look forward to continuing the development work that is ongoing,” Fitzgerald said.

Atlanta Housing counts about 50,000 people as its clients. It administers housing vouchers and also owns some residential communities for low-income Atlantans, among other programs. And it helps build communities that will have below-market-rate housing.

In other business, the board of Atlanta Housing also approved a revised agreement to sell land near to the Civic Center to the Southface Energy Institute. Southface has been wanting to buy land underneath its campus along Pine Street for years.

Southface CEO Andrea Pinabell told the board that her organization, a  nonprofit that promotes green-building practices, was pleased they had reached an agreement. “We are a huge proponent of obtainable, sustainable, affordable housing,” Pinabell said.