‘The Jungle Book’ is simply breathtaking 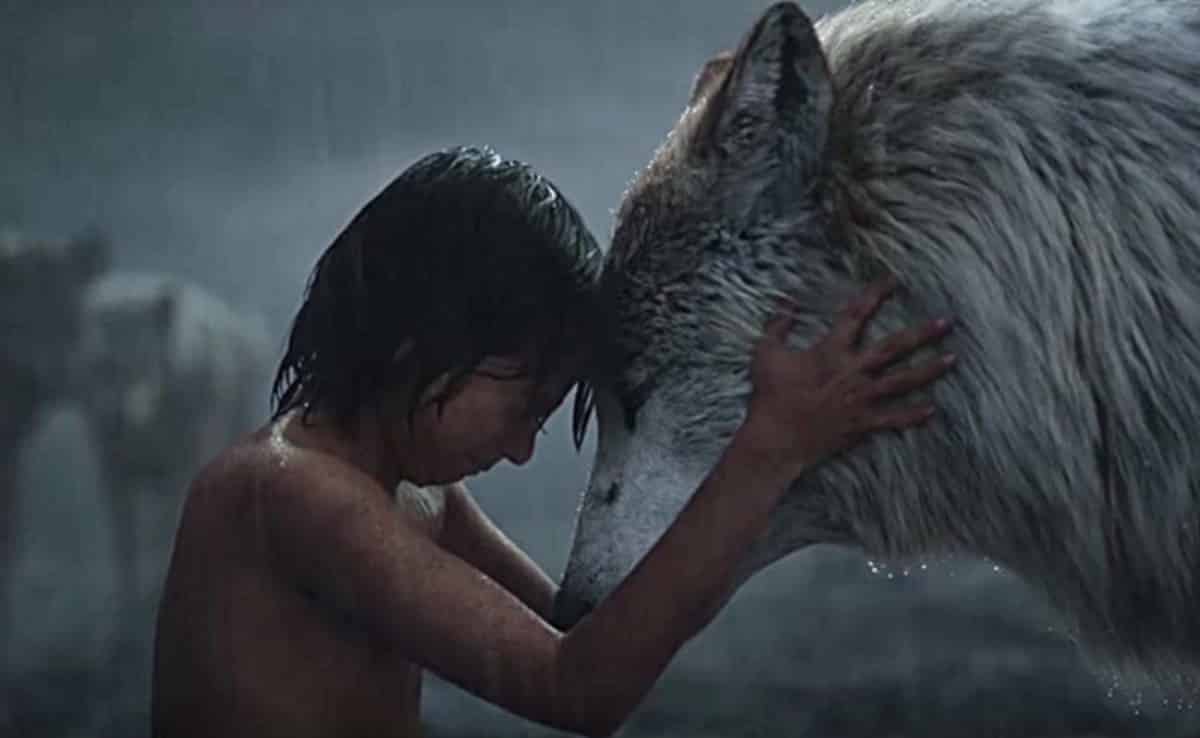 For the second time in a matter of weeks, the supposed “kids” movie turns out to be the best thing on screen.

“The Jungle Book” is just wonderful. Better than wonderful. There’s more sheer WOW!!! in this adaptation of Rudyard Kipling’s classic than in a dozen superhero flicks. 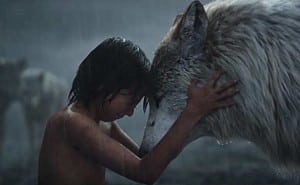 Take the opening sequence. Our hero, the man-cub called Mowgli (newcomer Neel Sethi, the only non-animated character), enters, pursued by wolves. We’re immediately plunged into an apparently life-and-death chase through the jungle, the boy using everything he’s got to keep ahead of the pack.

As it turns out, this is a game, not a deadly pursuit. Mowgli has been brought up by the wolves and they engage in hell-for-leather chases all the time. Not only is it fun, it’s also an important way to hone their skills in case playtime turns perilous. As the pack’s leaders, Akela and Raksha (Giancarlo Esposito and Lupita Nyong’o), constantly impress upon the cubs: “The strength of the wolf is the pack. The strength of the pack is the wolf.”

Alas, not even they can protect Mowgli from his sworn enemy, Shere Khan (Idris Elba), a cunning, cold-hearted tiger with a grudge against men in general and Mowgli in particular (Trying to protect his son, Mowgli’s father burned the big cat’s face).

The sleek black panther Bagheera (Ben Kingsley), who brought the toddler Mowgli to the wolves, decides it’s safer for him to move back to the world of men where he belongs. Mowgli doesn’t want to leave his “real” family, but Bagheera prevails. 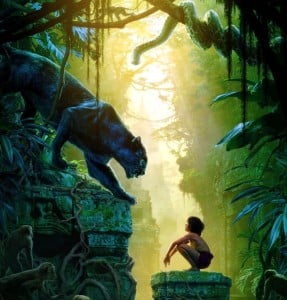 The evil Shere Khan is determined to kill Mowgli, who faces big decisions about how to meet the threat. Credit: sharukheruchbamboat.wordpress.com

Those loyal to the 1967 Disney version, with its hand-drawn animation and catchy tunes (“The Bare Necessities,” among others) may be understandably resistant. Don’t even try. The new version, impeccably directed by Jon Favreau is every bit as irresistible.  It’s also stunning, enchanting, transporting … pick your own superlative. I tend to drift toward breathtaking.

Moreover, Favreau has great respect for the film’s predecessor. There are snatches from the well-known soundtrack (Murray warbling “The Bare Necessities” has its own peculiar charm), plus as few tips of the hat to other Disney classics.  When the red flower (the animals’ word for fire) is brought into the jungle, the first animal to see it is a panicked deer (Remember Bambi and the terrifying forest fire?). A baby elephant is rescued (Remember Dumbo and his mom?). A warthog and a meerkat briefly hang out (C’mon, we all know this one: “The Lion King”).

“The Jungle Book” has its share of warm n’ fuzzy moments. But there are some hugely powerful action sequences: A giant mudslide, a water buffalo stampede, a simian rampage in a crumbling ancient temple. Not to mention the brutal, murderous Shere Khan….

Finally, with a movie so beautifully crafted and splendidly put together, Favreau could’ve easily skimped on the voice talent. But Johansson’s seductive serpent (she could hold her own in the Garden of Eden), Walken’s deranged orangutan and Elba’s snarling villain are top-drawer.  Kudos, too, to young Sethi who, in his first film role, more than holds his own.

Best of all is Murray’s better-than-the-average bear (Yep, I’m going all the way back to Yogi and Boo Boo). When he and Mowgli float together down a lazy river – the boy nestled on the bear’s ample belly – you know all’s right with the world – and with “The Jungle Book.”