‘Listen to Me Marlon’ – a rare treat of Brando on Brando 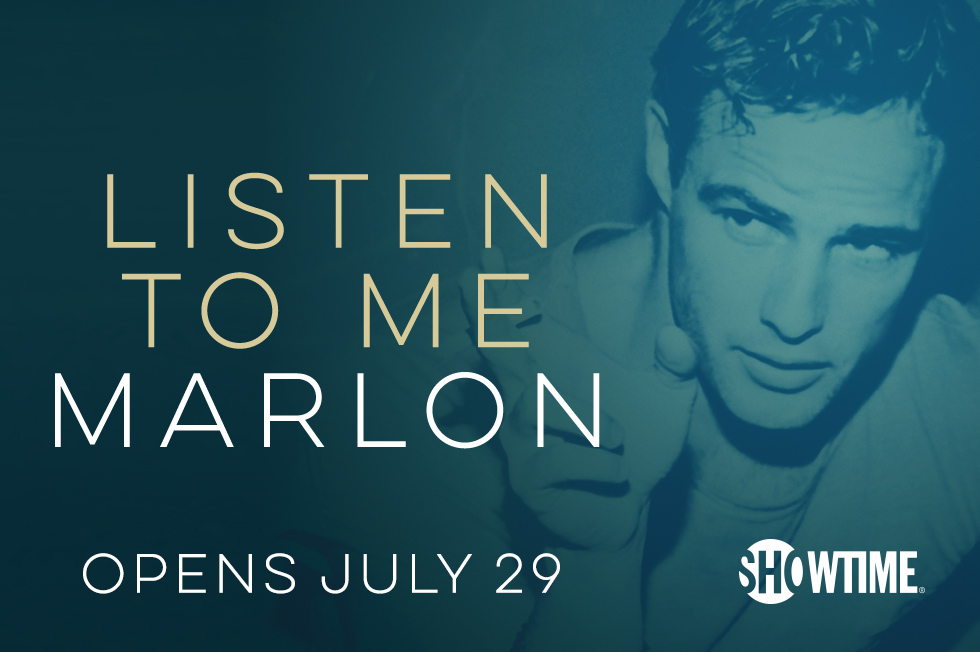 Finding what others have had to say about Marlon Brando is easy.

Anna Magnani, his co-star in “The Fugitive Kind,” called him “great, half-crazy and impossible to work with.”

“But,” she added, “better a hundred Brandos any day than a one nice, dull negative man.

Sidney Lumet, who directed “The Fugitive Kind,” said of his star, “Like many great actors, he is also a very suspicious man.  He likes to test his directors.”

Profiling the actor for The New Yorker in the late ‘50s, Truman Capote observed, “I took him for a stagehand. Or did until I looked closely at his face. It was as if a stranger’s head had been attached to the brawny body…For this face was so very untough, superimposing, as it did, an almost angelic refinement and gentleness upon hard-jawed good looks.”

Hundreds of people had something to say about Marlon Brando.  Perhaps thousands.

But what Brando had to say about himself, well, we get that in bits and pieces in interviews that usually come off as some sort of performance themselves, with  Brando choosing what pose or which persona, to foist upon whomever had the temerity to ask him questions.

That’s one of many reasons the documentary, “Listen to Me Marlon,” is such a rare treat.  Because it’s Brando on Brando.

The movie opens on Friday, Aug. 21 at the Landmark Midtown Art Cinema.

An artful assemblage of movie clips, stills, TV interviews, i.e., the usual documentary fodder, the film also offers excerpts from some 300 hours of recordings made by the actor himself. Some come under the heading of “self-hypnosis” — unfiltered yet compelling ruminations on what it means to be an actor in general and an actor named Marlon Brando in particular.

Others offer more biographical material: growing up with an abusive father and an alcoholic mother; his early days in New York; the horror story that became his life when very bad things happened to his children (“Misery has come to my house,” is how he puts it). 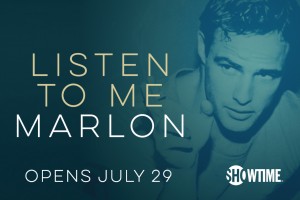 “Listen to Me Marlon” movie poster

If you don’t know the power of Marlon Brando — the blighted glory, you might say, of the man often called the greatest film actor of all time — “Listen to Me Marlon” offers a fascinating glimpse. Filmmaker Stevan Riley has managed  — as much as any documentary-maker can — to take himself out of the equation.

A filter is inescapable — simply in his choices of clips or in how he structures the material at hand. Yet Riley truly — literally — allows his subject speak for himself.  And not just through words.

There are moments — say, a gesture in “On the Waterfront” echoed decades later in “The Godfather” — that create jaw-dropping connections, telling us more about Brando’s innate genius than either he or Riley ever could.

Similarly, as we watch Brando grow older, we witness his growing estrangement — from his talent as well as the show business community that nurtured, worshipped and rejected him. As early as “Guys and Dolls” in the mid-‘50s, a certain wariness has crept into his eyes.

Only a few years later, in the midst of making one of his biggest flops, “Mutiny of the Bounty,” Brando experiences a personal epiphany upon encountering the Tahitian natives. “They had unmanaged faces” he marvels.

No wonder he chose to make a home there.

“Listen to Me Marlon” is pro-Brando, but in the best possible way. It allows us to get close to a genius who, the more inside he became, the more he functioned best as an outsider.

Even if he was an outsider with the world at his feet.