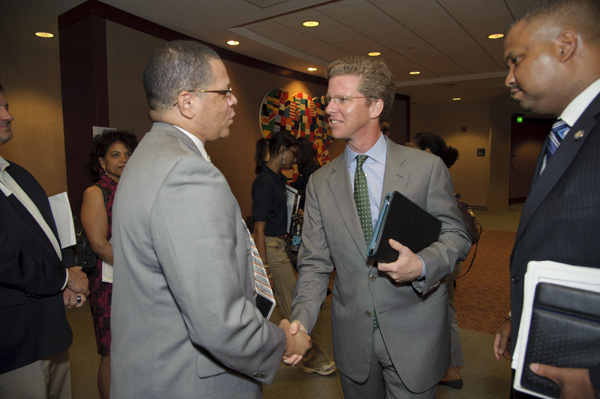 Piece by Piece, a regional initiative to address metro Atlanta’s foreclosure crisis, received a national award Thursday for its comprehensive approach that brings together 155 public and private partners. 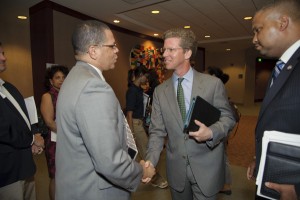 The National Housing Conference presented its 2015 Housing Visionary Award to the program during NHC’s annual gala in Washington. Piece by Piece is staffed by the Atlanta Neighborhood Development Partnership, Inc.

“NHC is pleased to recognize ANDP and Piece by Piece for their work in stabilizing metro Atlanta neighborhoods and for crafting a unique partnership that engages hundreds of organizations and neighborhood leaders in the effort,” NHC President Chris Estes said in a statement.

“We are pleased to accept this recognition on behalf of 155 metro Atlanta partner organizations,” O’Callaghan said in a statement. 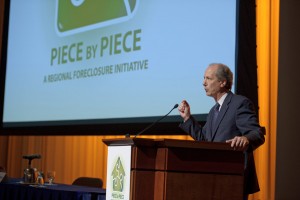 John O’Callaghan, ANDP’s president/CEO, presents his perspective at a 2011 Piece by Piece event at The Carter Center. Credit: Michael A. Schwarz

“We also acknowledge the guidance and support of our leadership organizations,” O’Callaghan said. “Together, we’ve crafted a regional response to attack the crisis on multiple fronts to help stabilize families and neighborhoods hit hard by the lingering impacts of the crisis.”

Piece by Piece has its work cut out, even six years after the official end of the great recession.

According to a March 17 letter written by Adams, the foreclosure situation in metro Atlanta includes:

Piece by Piece convened in 2010 with the goal of uniting the region’s entities that were working on the foreclosure crisis and its various impacts. 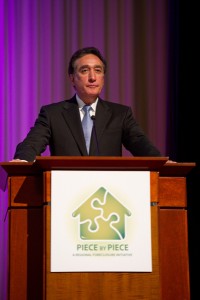 Former HUD Secretary Henry Cisneros delivered the keynote speech at the 2010 Piece by Piece conference, at The Carter Center. Credit: Michael A. Schwarz

Piece by Piece has brought together entities that bring their unique perspective to the foreclosure crisis, including local government housing departments, housing counseling agencies, lenders and policy makers.

Leading private equity firms have attended events to Atlanta to discuss their acquisitions and impact on local neighborhoods.

Here are some examples of the topics the entities have discussed over time: 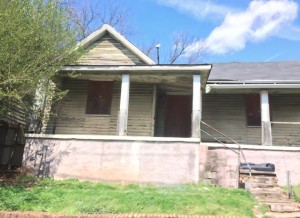 Neighborhoods near the Atlanta University Center were targets for flipping during the recent real estate boom, and the 30313 ZIP code now ranks 59th in the nation in the proportion of foreclosures, according to the Haas Institute. File/Credit: David Pendered 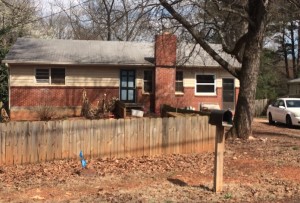 Once viewed as a neighborhood of affordable homes, the 30008 ZIP code near Smyrna ranks 193rd in the nation for its proportion of foreclosures, according to the Haas Institute. File/Credit: David Pendered

Previous Article
Photo Pick: Sunset as seen from The Stacks in Cabbagetown by Kristin Christakis
Next Article
BeltLine’s Ryan Gravel forms his own firm – Sixpitch