‘Macbeth’ has dreadful power, but portrayed as violent academic thesis 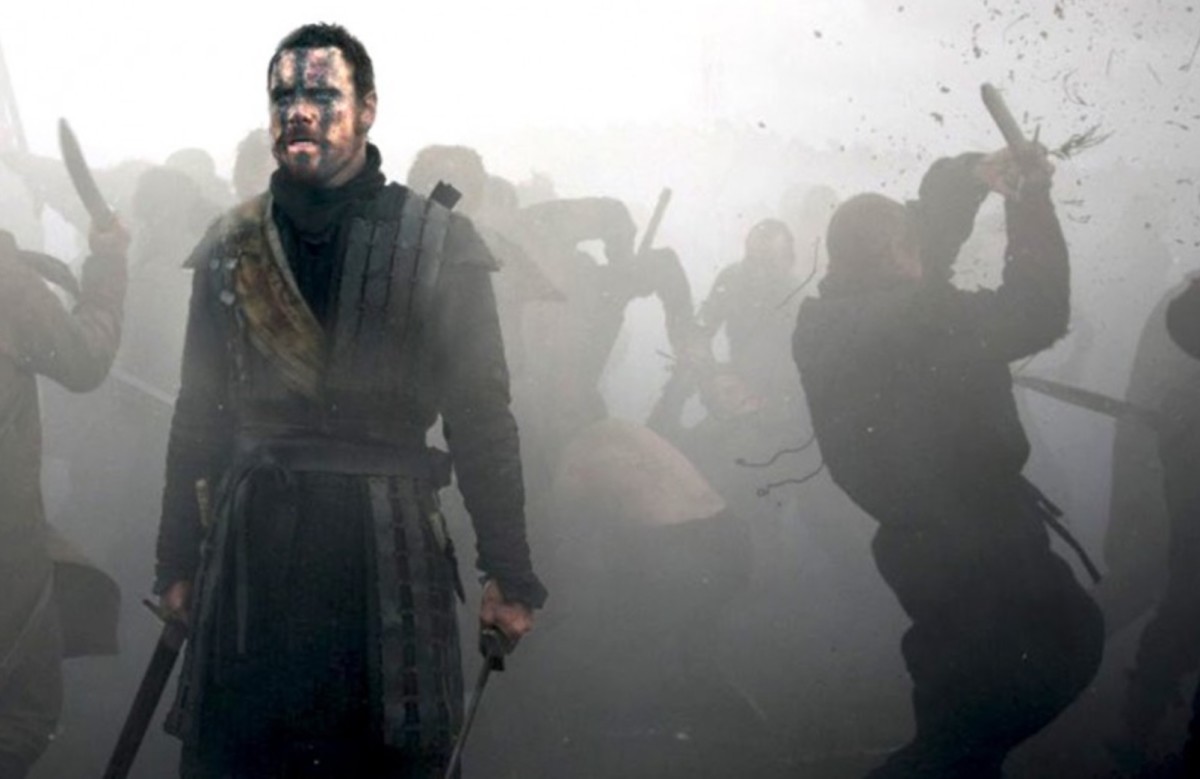 Tackling Shakespeare on film is always a risky proposition. Done well, it can be revelatory — not only a new way to approach the Bard, but also a way to make the Bard newly approachable to audiences. 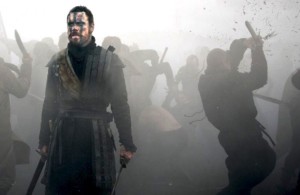 ‘Macbeth’ favors buckets of blood rather than the Bard’s poetry. Credit: askmen.com

However, Aussie filmmaker Justin Kurzel’s “Macbeth” so favors blood — buckets of blood — over poetry, it may as well have a number after the title. “The Scottish Play IV,” a la “Friday the 13th” or “Final Destination.” Make no mistake; this is the splatter “Macbeth.”

The movie opens with an unsettling, albeit gore-free, scene. A child is being buried.  The parents, it is clearly implied, are Lord and Lady Macbeth (Michael Fassbender and Marion Cotillard). There is an eerie silence, the sense of a muffled grief.

The tone changes almost immediately. We’re plunged into a battle as brutal as a “300” rip-off.  Swords clash, blood spurts and the whole thing is backlit in a murderous red, as if the Scottish heaths themselves are on fire

Still, at some point, somebody is going to have to say something and when that happens, we’re not only hampered by the inherent difficulty the modern ear has with iambic pentameter, but also with the Scottish burr many of the actors adapt.

So, if you don’t already know “Macbeth”  — junior year English Lit, perhaps? —  you may have trouble knowing what the heck is going on.  Aside, that is, from the very obvious fact that a lot of people are being killed… in battle, in bed, in a forest etc. 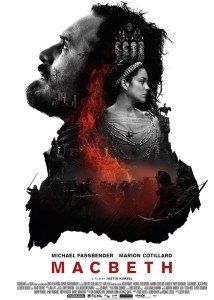 The most important of these people, plot-wise, is Duncan (David Thewlis), the erstwhile King of Scotland, who makes the mistake of spending the night with the Macbeths. Though not adverse to killing dozens on the battlefield, Macbeth isn’t necessarily the homicidal type; thus, the famed line, “Yet I do fear thy nature, it is too full of the milk of human kindness,” uttered by his ambitious wife in a, well, less-than-flattering way.

Still, she persuades him to do the bloody deed. Also on the side of regicide are three witches — or weird sisters — who emerge from the Scottish mist to prophesy Macbeth will be king. They add, however, that the progeny of Macbeth’s BFF, Banquo (Paddy Considine), will ultimately reign.

This is a very important “but.…” Especially to Kurzel who has come up with an admirable thematic approach to the play.  He sees it in term of children — not just the dead child at the beginning, but Banquo’s little boy, his face screwed up in little-kid tears as his father is murdered, and an extra “witch,” who is a mere child, and Macbeth’s knife grazing his Lady’s now-barren stomach as he speaks of the prophesized “Banquo’s seed,” and Macduff’s children, tied to a stake like so many bushels of wheat before they are burned to death (definitely NOT in the play).

However, as intriguing as this interpretation is, it fails dramatically. The movie comes off as a thesis delivered at an academic conference, something that assumes the audience can easily pick up on the nuances.  But if you’re like most of us — not even sure who is who or, more crucially, who killed whom — Kurzel’s vision simply doesn’t work. As a result, the film comes off as murky, slow and confusing.

There are exceptions — most especially, Cotillard who brings us a Lady Macbeth who is completely mesmerizing. A murderous viper, yes, but also oddly vulnerable. And Adam Arkapaw’s cinematography, even if it can be as impenetrable as the heavily accented text, has a dreadful power.

But why turn ‘Macbeth” into a wordier “Braveheart?”

It ultimately seems like a lot of toil and trouble — one of the lines the movie cuts, by the way — signifying, well, not enough.

Previous Article
CDC Foundation names Judith Monroe as its new CEO
Next Article
Newell Rubbermaid CEO: merger with Jarden will create ‘one of the most impactful consumer products companies’