Manuel’s Tavern to remain open thanks to thousands of donors

Brian Maloof behind the bar at Manuel's (Photo by Maria Saporta)

Thanks to more than 2,800 donors, Manuel’s Tavern has been saved.

In an exclusive interview Tuesday morning, owner Brian Maloof declared Manuel’s would be open in 2021 after receiving more than $172,000 in donations through a GoFundMe campaign.

“It’s overwhelming,” Maloof said. “I don’t have the vocabulary to properly express the gratitude that I feel.” 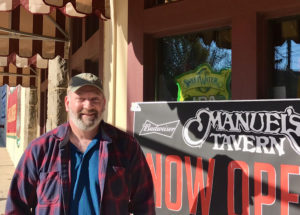 Manuel’s Tavern is a legendary watering hole in Atlanta for people from all walks of life, including politicians, journalists, police, government workers and community activists.”

But a week ago, Manuel’s future was uncertain at best – largely due to the fallout of the Coronavirus pandemic.

“We had stopped ordering liquor, beer, wine and sodas. Two weeks ago, we stopped ordering paper goods,” Maloof said. “I had reached a point where I had given up. We were not going to make it to the end of December. That’s how bad it was.”

After Maloof went public that Manuel’s would have to close by the end of the year, and that the decision likely would be permanent, the public responded.

Long-time patron Angelo Fuster set up a GoFundMe page with what he thought was an unreachable goal of $75,000 – the minimum Maloof said he would need to be able to stay open. Bills for his 2021 liquor license and insurance were coming due, and there was little money in the bank. The tavern also was losing an average of $25,000 a month, and its reserves were nearly depleted. 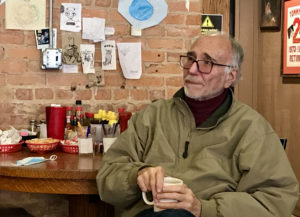 “We had had a phenomenal January and February, and then it all went to hell,” said Maloof, who knew in early November Manuel’s would have to close. “I had become very bitter as everything was declining. I had it rock solid in my head that we were closing.”

But in what’s been described as a modern “It’s a Wonderful Life” moment, the Manuel’s community responded.

Fuster said he was amazed by how quickly the money came pouring in.

Brian Maloof, 53, described his job in simple terms. Serve hot food and cold beer in an unpretentious, old-school location. But he also recognized that he had a responsibility to continue the legacy set by his father – Manuel Maloof and his uncle Robert Maloof – who opened the tavern in 1956.

In fact, Manuel’s has always been part of Brian Maloof’s life. “I met my wife here,” he said. “We had our wedding reception here.”

And now his daughter, Megan Maloof, has become actively engaged in the business, and he is looking to her to carry on the family tradition. 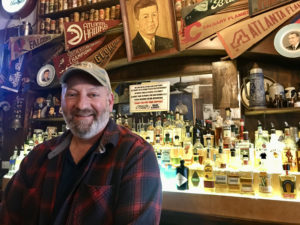 But first they’ve got to survive through the pandemic.

“We will be open in 2021,” Maloof said crediting the successful GoFundMe campaign for guaranteeing it can stay open through March. “And if additional stimulus money comes in, I’m confident we will make it to the end of 2021.”

Maloof, however, feels bad for all the other restaurants who are suffering.

“I would tell them not to give up so easily,” Maloof said, remembering how he almost had given up. “Be honest with your staff. Reach out to your customers.”

But then he acknowledged that Manuel’s was special.

‘Technically, I may own Manuel’s, but it’s not really mine. It belongs to everybody who comes here,” Maloof said – mentioning his employees in particular. “They are what makes Manuel’s, Manuel’s. It’s the collective consciousness of everyone who comes here.”

Donors sent that message loud and clear. When Maloof went to the State Farmers Market to pick up some groceries, one of the vendors tore up his check.

So, to all the donors, Maloof said: “I want to thank them from the bottom of my heart. It’s humbling. I’m going to do everything I can to keep their bar open.” 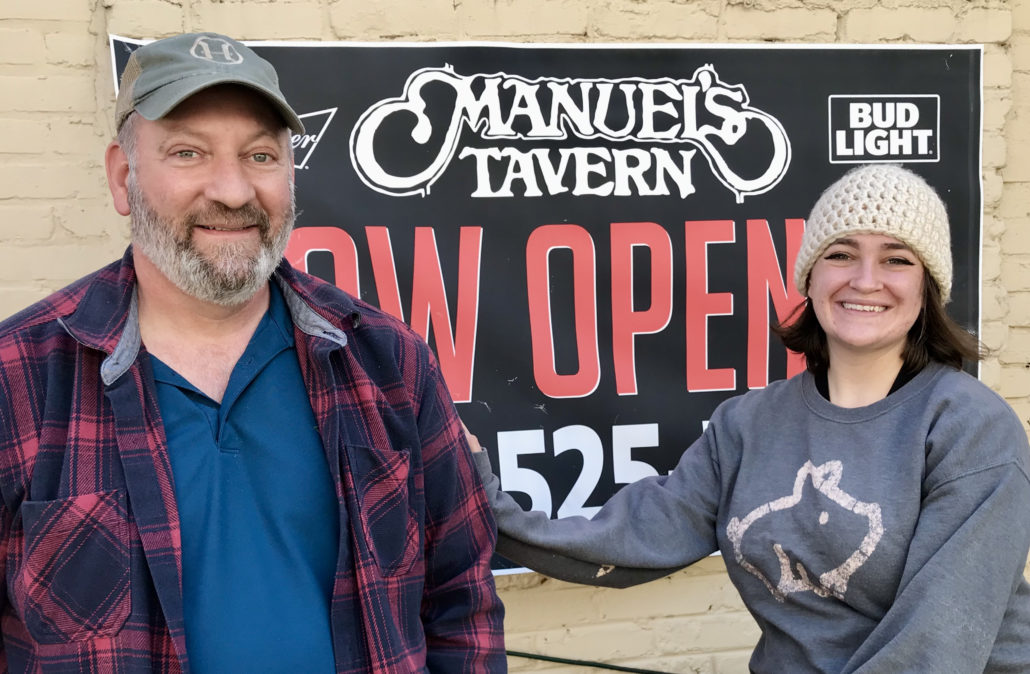 Brian Maloof and his daughter, Megan Maloof, near the back entrance of Manuel’s (Photo by Maria Saporta) 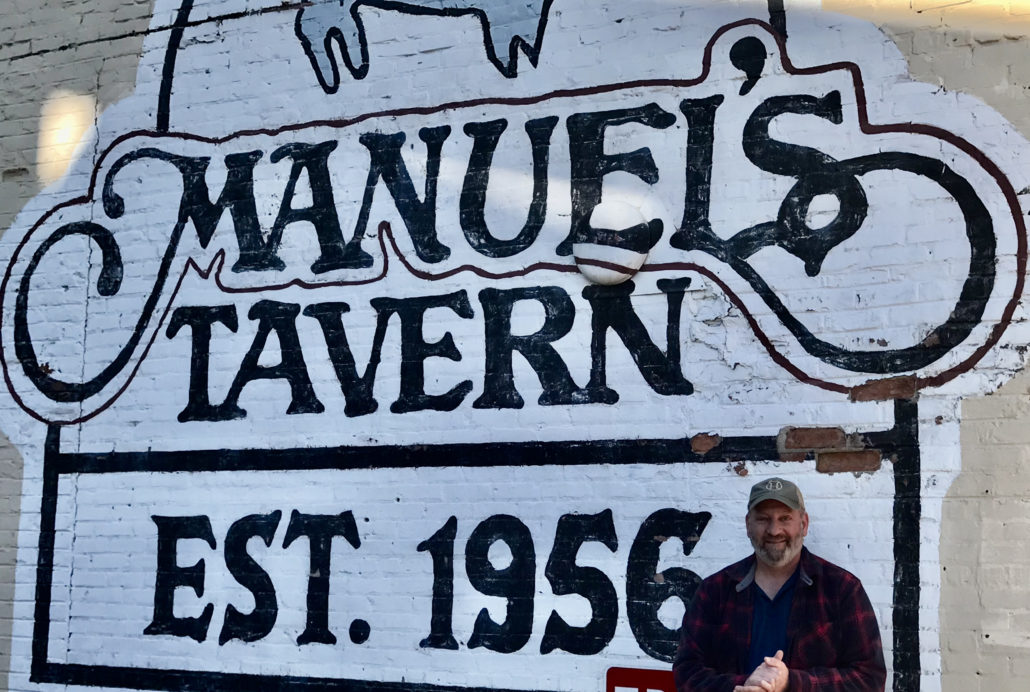