Manuel’s Tavern in danger of closing

UPDATE: Manuel’s Tavern to remain open thanks to thousands of donors

Manuel’s Tavern, one of Atlanta’s most famous gathering spots, will probably have to close by year-end unless something drastically changes.

Manuel’s has been hit hard by the coronavirus pandemic with business down an average of 62 percent. It has had limited take-out service and space for outdoor seating, which is less and less available because of the wintery weather.

“The likelihood of closing Manuel’s is significant at this point,” said Brian Maloof, who owns the restaurant and is the youngest son of its namesake – the late Manuel Maloof. “I would imagine it would be permanent.”

In an exclusive interview with SaportaReport, Maloof talked about what a difficult time it is to be in the restaurant and bar business. Manuel’s has been losing an average of $25,000 a month since April. 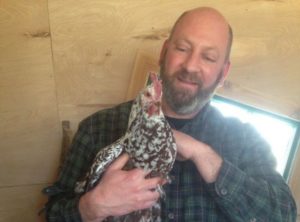 Brian Maloof, owner of Manuel’s, with one of his chickens (Special)

This time of year, usually one of the busiest months for Manuel’s because of holiday events, is especially trying. This year, they’re expecting to make a total of $75,000 in sales compared to a normal December, when it would generate sales of $310,000.

“When you own a bar-restaurant, it is a very expensive time,” Maloof explained. “You have to prepay your insurance and liquor license from the city of Atlanta and the state of Georgia for all of next year. That’s a huge outlay of cash. It’s close to $45,000 for insurance and the liquor licenses.”

Manuel’s had been able to remain open because it received federal funds from the Paycheck Protection Program (PPP).

“We had some reserves and PPP money, but we’ve depleted almost all of that,” Maloof said. “We’ve been operating under the assumption there would be additional relief from Congress, but that hasn’t happened. Everybody is hurting.”

Manuel’s, which has been in business for 64 years, is an historic icon for Atlanta. It is the watering hole that has been frequented by U.S. presidents and local politicians (mostly Democrats), policemen and women, journalists and community leaders.

Angelo Fuster, one of its most loyal patrons, is spearheading an effort with other regulars to help “save Manuel’s.”

He is reaching out to the surrounding communities and other groups that have been meeting at Manuel’s for years to try to prevent the bar and restaurant from closing.

A GoFundMe page has been set up with a $75,000 goal, the estimated amount needed to pay for the liquor licenses, insurance and cover payroll for the next couple of months. 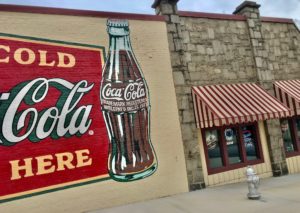 Fuster envisions an outpouring of support reminiscent of the Christmas movie: “It’s a Wonderful Life.”

And he is not alone.

David Mitchell, executive director of the Atlanta Preservation Center, also is going to urge his followers and members to save Manuel’s.

“Manuel’s is cultural significance to the City of Atlanta is unparalleled,” Mitchell said Wednesday evening. “Where else do you have that kind of space with that kind of political legacy in Atlanta? It’s a place where a plumber can sit next to a lawyer, and everyone is welcome.”

Maloof would like nothing more than to be able to stay open long enough to weather through the pandemic.

Before Covid, Maloof said Manuel’s was having one its best years.

“Business had been phenomenal,” Maloof said, adding that he would love to have hope and hang on. “When people start getting vaccinated, there will be a sense of relief.”

But he is fearful that he won’t be able to pay the bills that are coming due unless a new relief package is approved or the City of Atlanta would allow staggered payments for the liquor license.

Maloof said Selig Enterprises, which owns the Manuel’s property, has made some adjustment on the rent, but expenses are outpacing revenues.

“We’ve gone from 340 chairs inside to 40 chairs outside,” Maloof said. “We’ve got about 70 percent of our tables blocked off. We normally have 22 bar stools, and we reduced that down to eight.”

Maloof said his staff is about half of what it was, and all the employees who are staying home are there voluntarily. Because tips are off because food and beverage sales are down, Maloof has raised the hourly wages he is giving the wait staff. 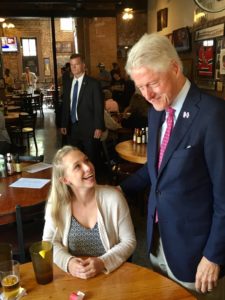 And then there are the additional costs that come with trying to safely operate a business during the pandemic.” We are doing everything above and beyond that’s required to make people feel safe.

“We are doing everything above and beyond that’s required to make people feel safe,” Maloof said. “I’ve never bought as much bleach before in my life.”

For example, a case of sanitary gloves has gone from $42 before the pandemic to $125, and he is having to buy twice as many gloves because it’s not just for the kitchen workers, they also are now worn by the wait staff.

Maloof understands and appreciates the special role the tavern has played in Atlanta’s history. After the property was sold in February 2015, it closed for renovations until a grand reopening on Aug. 6, 2016 – in time for its 60thanniversary. Painstaking efforts were made to make sure the historic photos and momentoes throughout the Tavern were carefully put back in their original spots.

In a letter to employees, Maloof shared what was at stake.

“The incredibly sad part of all of this is we are close, awfully close, to pulling off survival,” Maloof wrote. “The vaccine will be available within weeks. I think fear will substantially decline as soon as the vaccine is injected into millions of arms. Unfortunately for us, it appears we will run out of cash before fear subsidies and event business returns. It is such a close call I still have hope of survival, and I think all employees should have hope as well.”

But he said he did not want to catch his employees by surprise by closing the Manuel’s in the dark of night.

“My advice right now is to prepare yourself for the fact we might need to close permanently,” Maloof wrote. “But I am also asking that you try to help Manuel’s make it.” 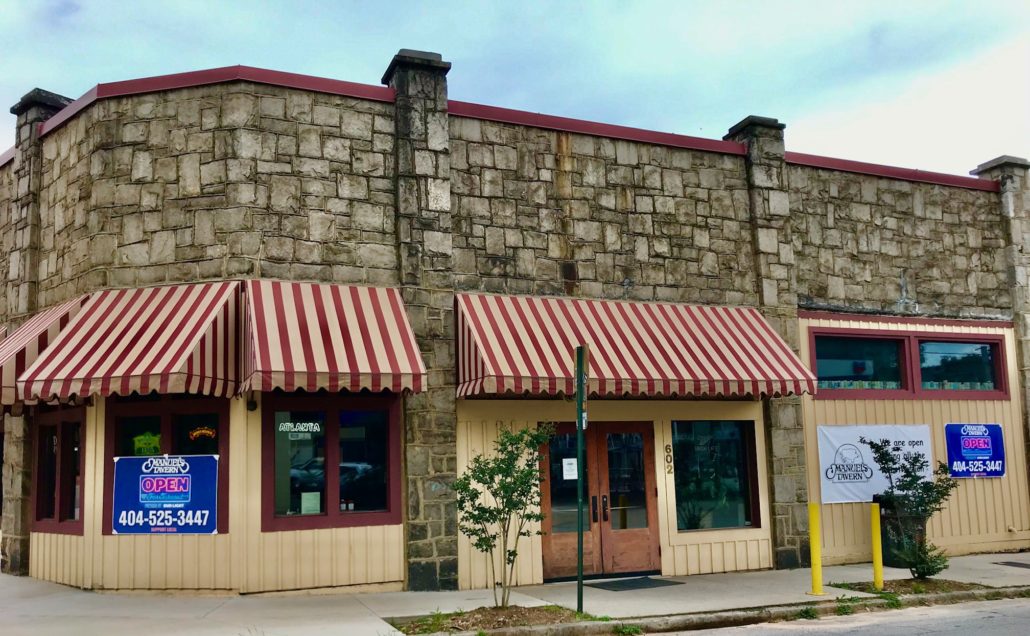