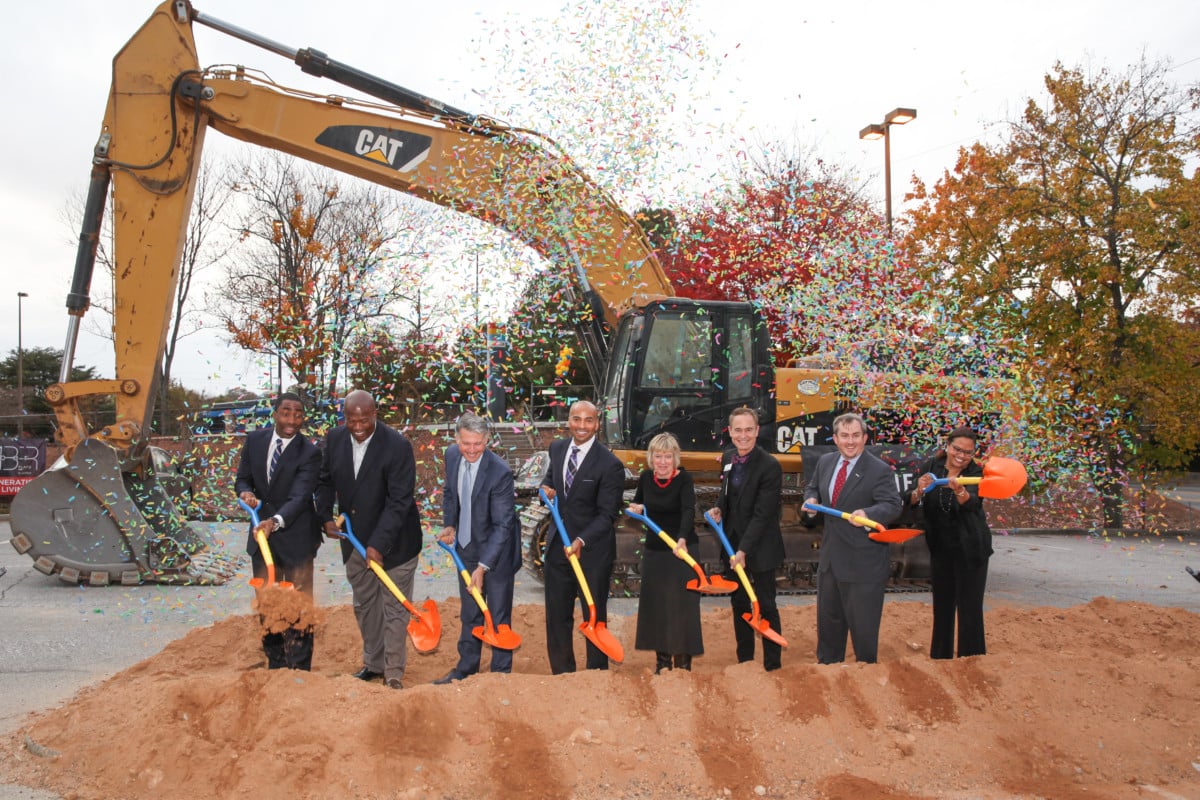 In case you hadn’t noticed, MARTA is on a roll

Still basking in the afterglow of a wildly successful sales tax referendum on Election Day, the transit agency on Monday broke ground on its next Transit-Oriented Development (TOD) at the Avondale station in Decatur.

The planned mixed-use development with the City of Decatur and Columbia Ventures, the project’s  private-sector partner, serves as the latest example of how MARTA is changing the regional landscape by leveraging its considerable assets, in this case, an underused parking lot along East College Avenue.

The once-beleaguered agency is also proving why MARTA still matters so much to metro Atlanta’s future.

More on that later.

The construction launch of the Avondale TOD marks the second such milestone for MARTA this year following the ground-breaking  in August for a similar  initiative at the Edgewood/Candler Park station just a short distance away in the City of Atlanta. Columbia Ventures is the private development partner for both TODs. 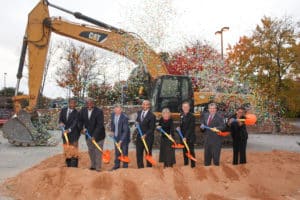 When completed, the Avondale project will encompass about eight acres with 378 market-rate rental units, 22,000 square-feet of commercial space and 92 units of affordable housing for seniors. It will also include a new transit plaza and a parking structure with 800 spaces. The total cost of the project is about $95 million and it’s expected to open in 2018. Click on this link for a sneak peek of the project.

Yvette Taylor, regional administrator  for the Federal Transit Administration, spoke at Monday’s event and explained how these live-work-play developments pay long-term dividends while providing revenues for transit agencies, such as MARTA, which retains the lease on the land.

“In addition to the financial rewards, we also want to recognize the increased health benefits,” Taylor said. “It makes your communities more walkable, more livable, having access to affordable housing. It also helps reduce congestion, and MARTA gets it. It’s bridging the divide by connecting people to opportunity.”

Decatur Mayor Patti Garrett lauded the Avondale project as “a catalyst for the redevelopment of this entire east Decatur station district” which includes two other nearby MARTA rail stations in her city. Garrett also pointed out that her predecessor, ex-Mayor Bill Floyd, will soon be joining the agency’s policy-making board of directors.

About 100 people attended the ceremony, including longtime MARTA employees who were there when Avondale station opened in 1979. The agency produced a short video with archival footage that chronicles the history of the station and illustrates how far MARTA has come since then. Granted, several proposed TOD projects have run into obstacles — including King Memorial, Brookhaven/Oglethorpe and Oakland City — or have been postponed or delayed.

But, with Avondale and Edgewood/Candler Park developments now in the offing and several others still on the drawing board, MARTA is  clearly making an impact that transcends its core mission of operating bus and rail service. Following a sales tax referendum that voters in the city of Atlanta approved by a 68 percent to 32 percent margin, the MARTA’s prospects for expansion are increasingly positive. The new, half-cent sales tax levy is expected to generate about $2.5 billion for transit-only projects within the city limits over the next 40 years. There’s a good chance other jurisdictions may follow suit with MARTA sales tax votes in upcoming elections.

Facing another era of explosive growth in metro Atlanta, and the mounting transportation challenges it will undoubtedly bring, it’s encouraging that MARTA seems to have found its mojo. As a former journalist who covered MARTA for the Atlanta Journal-Constitution, and more recently as the agency’s spokesman, I’ll be highlighting MARTA’s strengths — and weaknesses — in future columns in hopes of ensuring that this profoundly important agency stays on the right track.