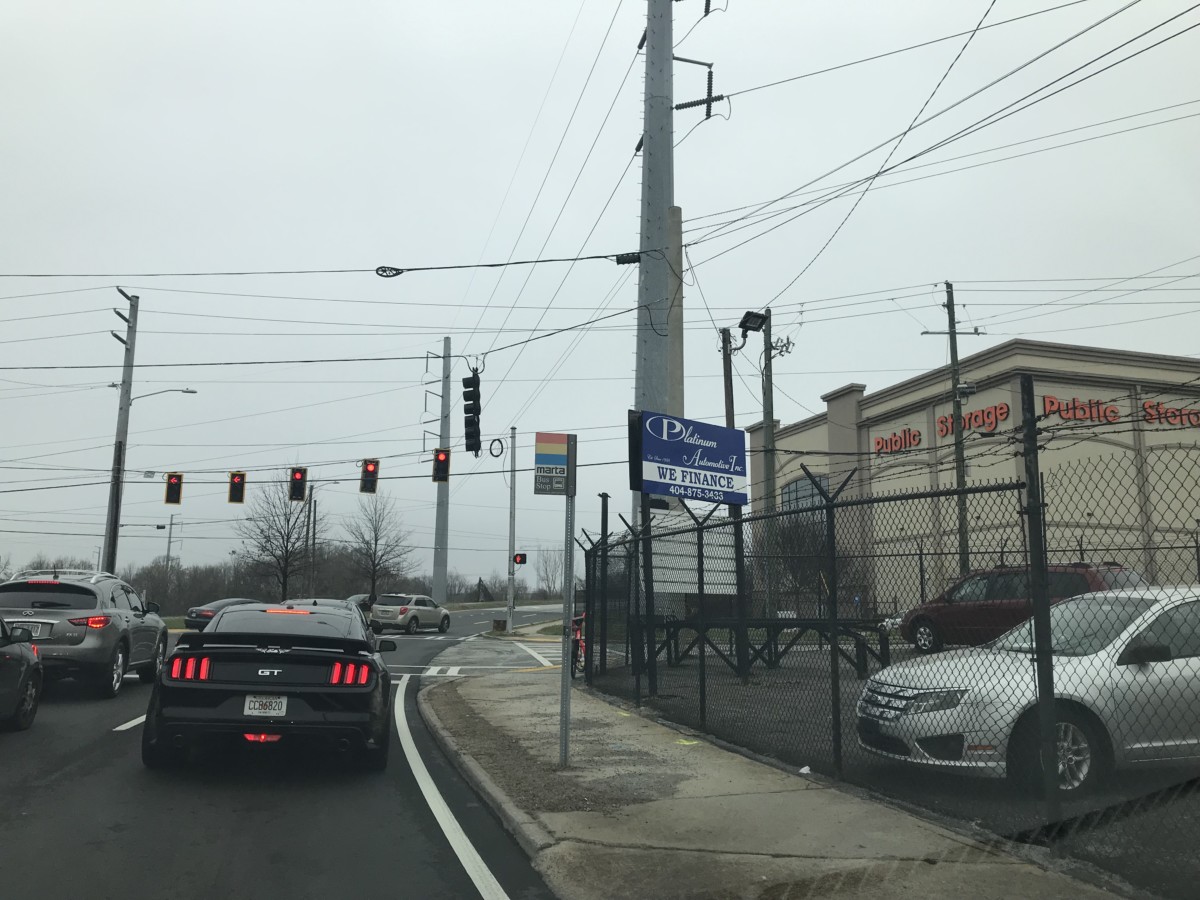 MARTA bus riders and postal couriers may as well share the same unofficial creed, since both endure the elements – “Neither snow nor rain nor heat nor gloom of night….” A ray of sunshine is rising for MARTA riders. 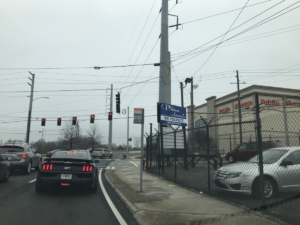 MARTA is seeking proposals from firms to buy and install amenities at up to 1,500 bus stops throughout MARTA’s service area over the next five years.

The upgrades won’t rival a waiting area in Atlanta’s airport. But they will dramatically enhance the quality of life for bus passengers and include:

These amenities can be life-changing at bus stops that now are served only by a sign post. Unlike the protected waiting areas at transit stations, bus stops along roadways often provide no place to sit, set a bag somewhere other than the ground, get out of rain, stand in a well-illuminated area, or get more than a few feet from vehicles speeding past the stop.

That’s the case at bus stops in front of two public library branches – one in Buckhead and one in Southwest Atlanta, on the western edge of Pittsburgh. The same is true in a light industrial area of Underwood Hills and on the long stretch of Campbellton Road, in Northwest and Southwest Atlanta, respectively.

The purpose of the upgrades is to, “significantly improve the quality of our passengers’ waiting experience throughout our service area,” according to the request for proposals. 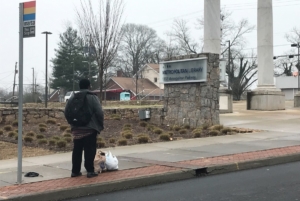 A woman has no buffer from passing vehicles as she waits for a MARTA bus at a stop near the Metropolitan Branch of the Atlanta-Fulton Public Library System, on Metropolitan Parkway. Credit: David Pendered

Gwinnett County voters on March 19 face a referendum that asks if the county should ratify a pending transit service contract with MARTA. Projects and operations are to be funded with a 1 percent sales tax. Early voting by mail started Feb. 25 and satellite voting starts March 4, according to a report on Gwinnett’s Board of Elections.

MARTA set a March 9 deadline for submission of proposals for the bus stops.

Cobb County officials have no such plans for contracting with or joining MARTA. But MARTA officials evidently remain ever-prepared to serve Georgia’s third most-populated county.

The RFP seeks to ensure that a company that wins the contracts complies with MARTA’s ethics regulations.

Vendors are asked to list any outstanding disputes or business relations they have with a list of governments that includes Cobb County. Likewise, vendors must warrant that no officer or employee of Cobb County will benefit if the company wins the contracts.

Terms of the contract call on the vendor to provide detailed site plans and drawings for 1,500 bus stops. After that, terms allow for a fairly broad array of potential improvements that include the installation of: 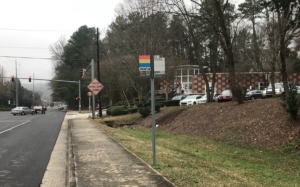 A turn lane buffers any passengers awaiting a MARTA bus at the stop near the Northside Branch of the Atlanta-Fulton Public Library System, on Northside Drive. Credit: David Pendered

The same company also could be asked to repair existing facilities, including glass panels, trash recepticals, maps and lighting.

Note to readers: The U.S. Postal Service has not adopted an official motto. The following quote is carved over the entrance to the New York City Post Office and was inspired by a line from ‘The Persian Wars,’ by Herodotus, according to a report on the USPS website: 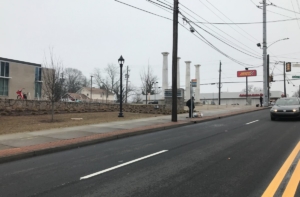 There’s no shelter from the elements and passing vehicles at the MARTA bus stop in front of the Metropolitan Branch of the Atlanta-Fulton Public Library System. Credit: David Pendered 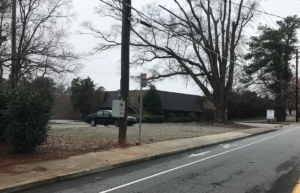 MARTA passengers await a bus at a stop with no amenities, located in a light industrial area along DeFoors Ferry Road. Credit: David Pendered