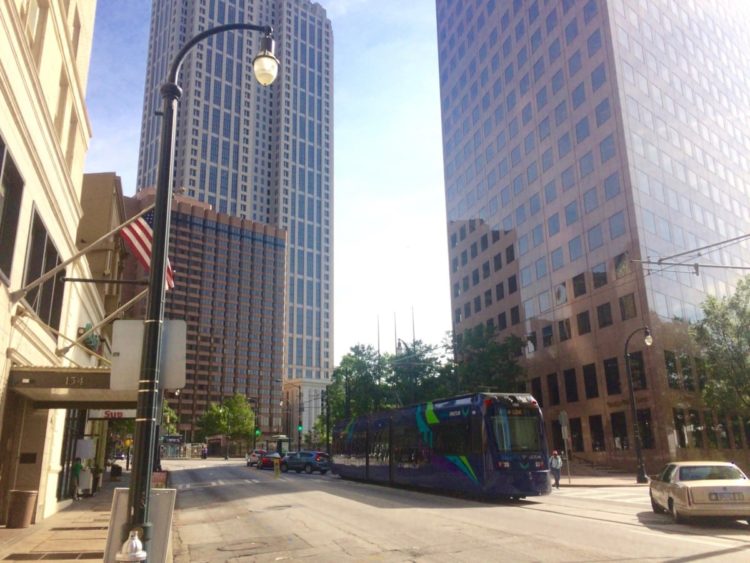 The Atlanta Streetcar is heading for MARTA management and ownership, but the document that will list the details of the transfer from the city to the agency is still some weeks from publication.

The two sides have been “exchanging term sheets and that sort of thing,” said MARTA General Manager and CEO Keith Parker ahead of a MARTA Board of Directors meeting on Friday.

“We anticipate over the next couple of weeks that we will finalize those, those terms, then the MARTA board will take its final action,” Parker said.

“Once that’s done it will take about a year to transition the full operation from where it is now with the city and bring it under MARTA’s operational control,” Parker said.

But he’s staying quiet about details for now, even about whether the streetcar will take Breeze Cards or if it will be painted in MARTA’s orange-yellow-blue color scheme. 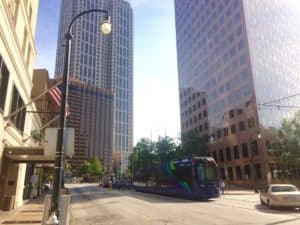 MARTA and the city of Atlanta are in talks that would see the transit agency take over the Atlanta Streetcar. File/Credit: Maria Saporta

“I don’t like to put individual things out there, but just in general what we want to do is make sure that the document is comprehensive, that it lays out all the details that are necessary, we want to make sure that the document is easily understandable so that both sides enter into it with their eyes open and knowing what we have entered into.  And then the final thing is it has to pass federal muster as well,” Parker said.

“Because remember the streetcar, ultimately was a heavily federally funded asset and the Federal Transit Administration gave permission for MARTA and the city to do a joint application and then gave permission for the initial agreement and we would need their blessing as well, or, we would want to make sure they’re involved and understand all the terms and so forth as we move forward,” he said.

A federal grant paid some $47.6 million of the streetcar’s nearly $100 million price tag.  City money covered about $32.6 million, and the Atlanta Downtown Improvement District and the Atlanta Regional Commission funded the rest.

The transit agency will fund the streetcar’s operation from the sales tax collected for transit in Atlanta, not the pennies from DeKalb, Clayton and the rest of Fulton that also bankroll MARTA.

In 2016, the state briefly threatened to shut down the 2.7-mile streetcar line over safety issues, though those issues have since been resolved.

Previous Article
Two parks, multiple benefits on schedule for westside next year
Next Article
Why ‘We the People’ need the Legal Services Corp.