MARTA’s surplus property: Managing excess a challenge in its own right 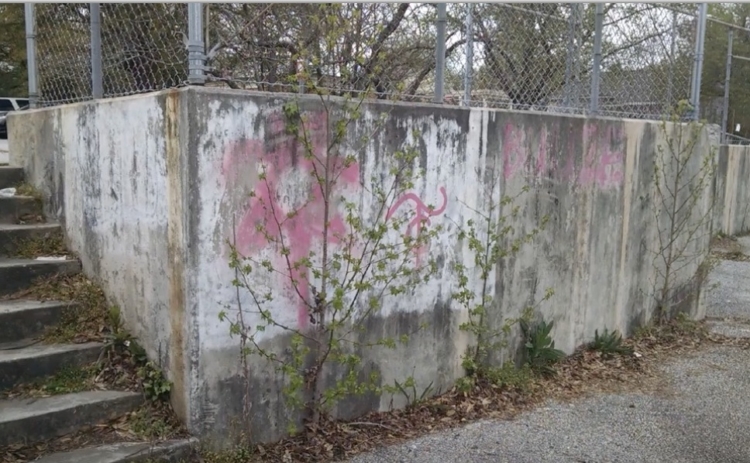 The former park and ride lot in Stone Mountain that MARTA intends to sell hasn't been tagged by graffiti artists and doesn't appear to have been claimed by urban campers. Credit: youtube.com

Even the graffiti artists haven’t made much of a mark on the latest piece of surplus property MARTA intends to sell. A YouTube video of the site has scored just 131 views in six months. But the sale of this property does speak to the ongoing management of a transit system that’s just approved a $2.7 billion expansion plan. 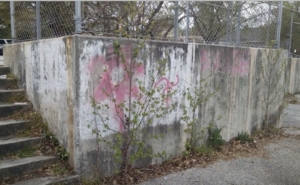 The former park and ride lot in Stone Mountain that MARTA intends to sell hasn’t been tagged by graffiti artists and doesn’t appear to have been claimed by urban campers. Credit: youtube.com

At some point, not every piece of land that once seemed essential to the transit agency actually is essential for transit purposes. Sometimes, MARTA hopes someone else will view the land as essential. That was the case at a shuttered park and ride lot at the Oakland City Station in Southwest Atlanta.

That’s not the case of a shuttered park and ride lot in Stone Mountain, in eastern DeKalb County. The 2.3-acre tract is located at the northeast corner of the intersection of 4th Street and Manor Drive, a few blocks east of the Stone Mountain Village.

MARTA is doing nothing to sweeten the deal.

Nothing, as in nothing to the point that MARTA is requiring the buyer to pay the fees incurred by MARTA’s broker, according to terms of the deal outlined in a request for proposals:

The broker is Red Rock Global, LLC, located in 191 Peachtree Tower, in Downtown Atlanta. The company lists multiple vacant lots and a few former schools on its list of properties for sale. 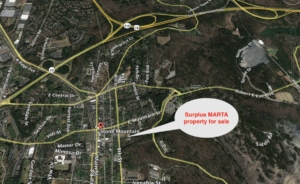 MARTA has set a minimum bid of $300,000 on a former park and ride lot it intends to sell in Stone Mountain, located a few blocks east of the Stone Mountain Village. Credit: Google Earth, David Pendered

MARTA’s RFP doesn’t talk up the merits of the property. The minimum bid is about all the detail the RFP provides – a minimum bid of $300,000. Plus that 3 percent for MARTA’s broker. The fee for the minimum bid price would be $9,000.

MARTA controls a significant amount of real estate surrounding rail stations. MARTA has long conducted a campaign to develop these station areas with partners who would enter long-term ground leases that would provide MARTA with a revenue stream for up to 99 years. These are the deals that comprise the touted “transit oriented developments” that MARTA periodically enters. 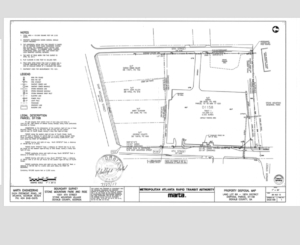 MARTA has set a deadline of Oct. 17 for bids on a tract of land to be sold in downtown Stone Mountain. Credit: itsmarta.com

But not every piece of land owned by the transit system is a potential game changer. The tract in Stone Mountain could be considered one of these types of parcels.

The 2.3-acre tract is now a former parking lot. It’s surrounded by a chain link fence that, if not keeping trespassers out, does provide a legitimate defense in the event someone gets hurt on the property.

The YouTube video shows asphalt in a state of disrepair. A main entrance is now blocked by a big piece of concrete that serves as a passive defense of the land inside.

There’s little indication anyone has an interest to be inside the fence. There’s scant debris, and the bit that’s there could well have been blown in by a wind. There’s no indication that urban campers have tried to get a foothold.

Previous Article
A slice of Americana, the black powder longrifle, to make annual appearance
Next Article
U.N.-affiliated sustainability network to be recognized at Center for Civil, Human Rights