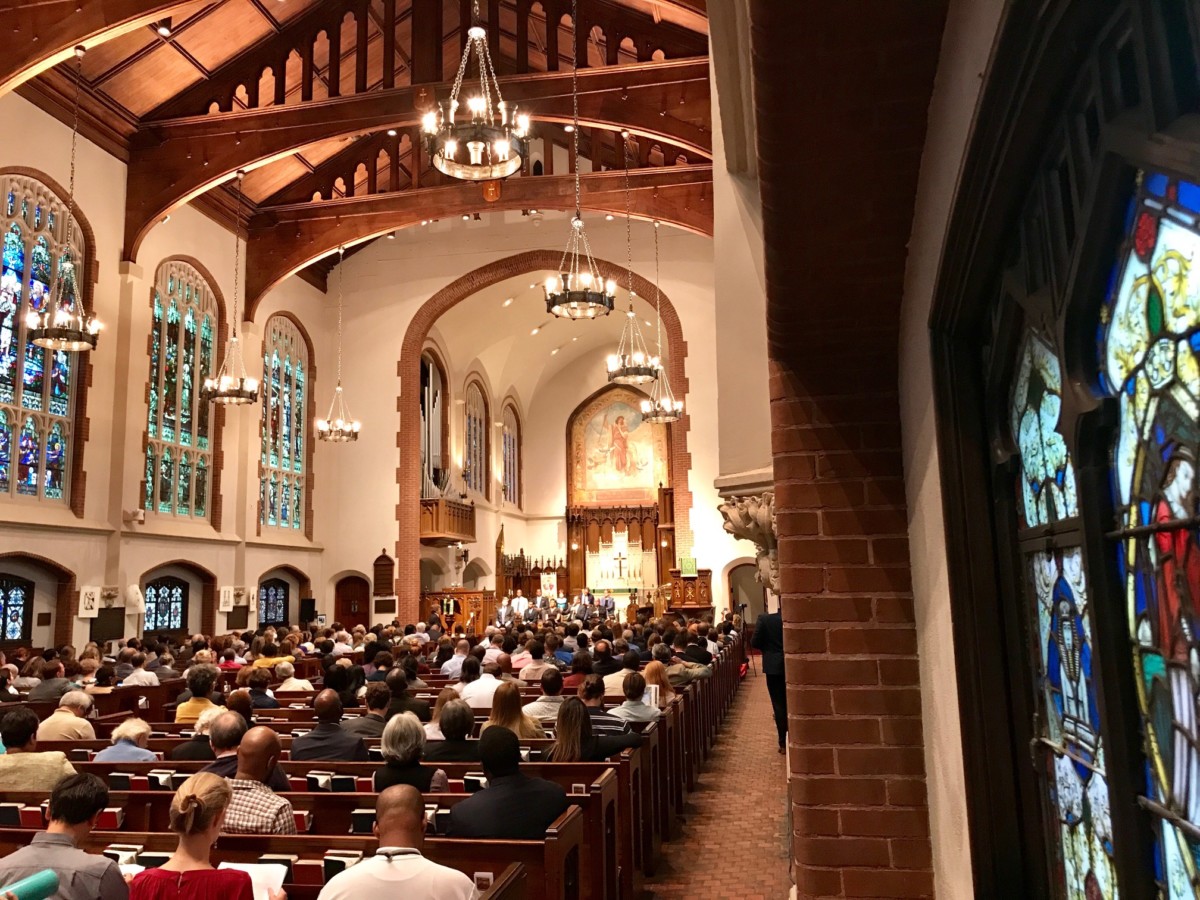 In a packed forum, top mayoral candidates said their ideas for raising money for affordable housing polices range from parking taxes to bonds, to maybe even casinos. 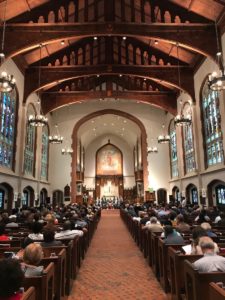 Housing affordability ranks anywhere from one to six in importance among eight issues, according to the candidates who answered a very detailed questionnaire by the TransFormation Alliance and City for All ahead of a mayoral forum on housing Wednesday. The forum was presented by those organizations and hosted at the Atlanta Regional Housing Forum.

Some ideas may prove unpopular, like a parking tax. That’s one of several ideas that may require a first-year mayor getting state permission by lobbing the Georgia Legislature — in a year where every seat under the Gold Dome is up for election.

Moderator Bill Bolling, who’s founder of ARHF among other things, pressed the candidates about how they’d pay for affordable housing policies. In random order, here’s what candidates told the few hundred people who crowded the sanctuary of St. Luke’s Epsicopal Church to hear their answers:

“The city’s going to have to dedicate more of its general fund, that’s no. 1,” said Vincent Fort, who’s left his state Senate seat for this election. He said the city will need other things, such as philanthropic money and may even need to take a look at revenue from online sales taxes — something that’s not collected at the city level. But at the same time, he said, the city should look at or reassess the cash or tax breaks it’s giving for development. “Invest Atlanta has to reorient itself on this issue,” said Fort, referring to the city’s development agency.

John Eaves, who just left the Fulton County Commission chairmanship, said he thinks there’s been some “moderate success” in using private dollars to incentivize affordable housing development. But he is looking to the purpose-built communities model, a method pioneered in East Lake in the 1990s that aims to tackle problems like poor housing, safety and education together. “I submit that we need to have a more comprehensive approach to addressing 10 of the worst neighborhoods in Atlanta and making a billion-dollar investment,” Eaves said. He said the cash to do it already exists, is already being spent. “The city of Atlanta, the Atlanta Housing Authority, the Fulton County housing authority, the school system, Fulton County. Right now each of those entities does something in an independent way to help. It is not coordinated, it is not a collaboration,” he said.

City councilwoman Keisha Lance Bottoms said she’d like to see a new charge on some home transactions. She said it’s inspired by a property she and her husband bought in another state. “The county that we purchased this property in, two percent had to go to the land bank authority. I think that’s a concept that should be explored if not citywide, in particular areas of the city. Sales over a certain amount – a percentage of those sales would be a designated funding source to the to address issues in the city such as homelessness.”

Rohit Ammanamanchi , a recent Georgia Tech graduate, said the city needs to leverage private partners. Money the city could use is there in tax allocation district funds and in the general fund, he said, adding that the city could also use bond funds.

Cathy Woolard, a former City Council president said the city could tap a rainy day fund that is larger than is required by law, in order to meet immediate needs. “We’ve got about $50 million sitting in the bank that we could be spending” on workforce housing. A “parking tax for commercial parking is an obvious one,” she said, adding that it won’t be popular but that she thinks Atlanta could get state permission to do it. Woolard also said there’s a need to look at Atlanta’s tax digest again and make sure that investors who are keeping properties vacant pay a fair share of taxes.

Peter Aman, a former city COO, started by telling the crowd that things are “not necessarily perfect” in the city’s long-term financial future. He said the city lacks the inner suburban property tax base that a lot of cities tap, and that the city gets little money from the state. And he expects a recession. Despite that, he said he thinks there are moral and practical imperatives to invest in affordability. A funding source among others could be a parking tax, Aman said. He said it would require working with the state Legislature but could raise some $40 million per year.

City Councilman Kwanza Hall suggested several layered approaches. He said he thinks a parking tax is a good idea. He also wants the city to look into acquisition of land especially in case of a recession that drives down prices. But he’s also looking to builders. “We need to pivot to the investor side and think about all the tings we can do to ensure that investments come in and do what we want them to do in our neighborhoods,” said Hall. And that could include incentives for those developments like tax credits, he said. “We need to use invest Atlanta like we used to use it. It’s been used for job creation for the last 10 years, we need to go back to housing creation. Let’s see what we can do.”

Ceasar Mitchell, the current Atlanta City Council president, said he thinks a general fund appropriation is good but is not ultimately reliable — budgets change every year. “We could possibly use, no.1, social impact bonds, that’s a way you can issue a bond that allows you to achieve certain social purposes alongside certain commercial purposes.” Said Mitchell. He also suggested looking at setting aside a less-than-one-cent portion of sales city sales taxes or setting aside tax cash from other transactions. And one more idea: “If we have casino gambling in this city, in this state, the only way I’m going to support is that is we take some of the funding from that and use it for affordable housing,” said Mitchell.

Mary Norwood, who’s also a member of City Council, said she’d id like to have a portion of the MARTA sales tax, which would be matched, used for transit-connected housing. She’s also looking to employers to help out, employer-assisted workforce housing. “I would like to see subsidies for employees to be able to live closer to where they work, coming from a public private partnership.”

Michael Sterling, the former executive director of the Atlanta Workforce Development Agency, said he’d support the Living Transit Fund idea, as well as tapping more federal money and using social impact bonds. “I’m going to be announcing later this week … the creation of an infrastrue bank and that will include a broader definition of what ‘infrastructure’ means and how it includes affordable housing.

An explainer of the Living Transit Fund, a proposal on how to use part of the MARTA tax that’s set for equitable transit oriented development.

Previous Article
Grady Memorial Hospital makes its debut in City Hall campaigns
Next Article
Loathe to hire, for whatever reason, some companies turn away business