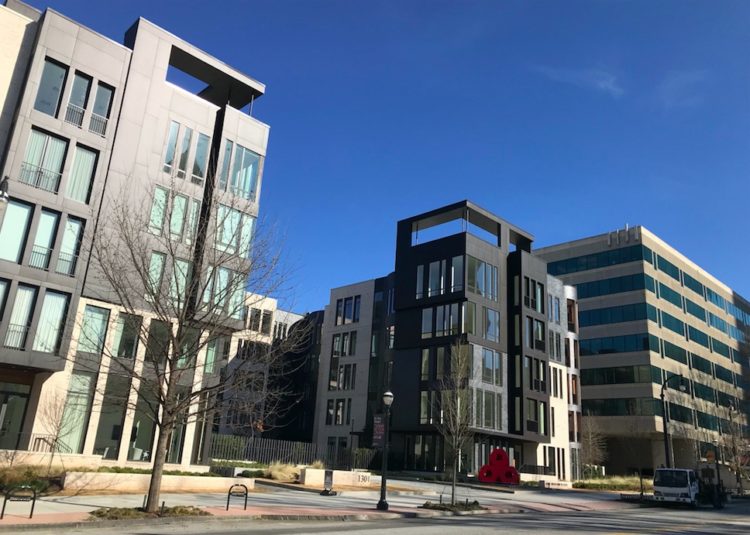 The latest population estimates from the Census show that metro Atlanta absorbed 81 percent of the state’s population growth through the first seven years of the current decade. This means an estimated 598,000 newcomers landed in the region, while the rest of the entire state absorbed just 144,000 new residents. 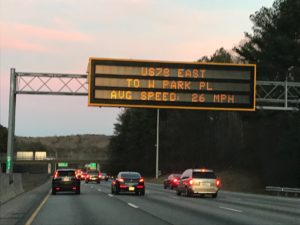 Traffic was moving at a fraction of the posted speed limit along the Stone Mountain Freeway during the Jan. 30 evening drive. Credit: David Pendered

These figures are worth remembering as the region rolls out — or doesn’t — the transit legislation the General Assembly is waiting to the last minute to call for a vote.

As of Monday afternoon, the transit legislation was in the hands of a conference committee comprised of two House members and two senators. Their mission is to hash out a compromise acceptable to both chambers on the House version of the transit proposal — House Bill 930. The session is slated to conclude Thursday.

The Census on March 22 released its latest estimates of the nation’s population. The estimates cover the period from April 1, 2010 to July 1, 2017.

Metro Atlanta’s growth rate was 11.3 percent over the past seven years.

Charlotte gets a mention partly because of Atlanta’s obsession with comparing itself to the Queen City, and partly because Brian Leary — whose Georgia Tech master’s thesis contributed to the development of Atlantic Station — is working with Charlotte-based Crescent Communities, which is developing one of its signature Novel multifamily structures on Lenox Road in Buckhead.

Metro Charlotte’s growth rate was 13.9 percent over those seven years.

The number of new arrivals who selected the City of Atlanta isn’t covered in the latest Census estimate. 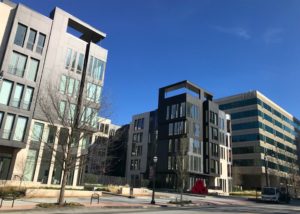 However, an estimate from July 2016 put the city’s population at an estimated 472,522 residents. This represents a growth rate of 12.4 percent during the decade, rising from the actual population of 420,003 recorded in the Census of April 1, 2000.

Atlanta’s population growth fueled that of Fulton County, and it represents nearly half the newcomers who moved anywhere into Fulton during the past seven years.

But as it has in the past, Fulton was outpaced by Gwinnett County in terms of the rate of growth. Fulton ranked second among the five counties for rate of growth, at 13.1 percent compared to Gwinnett’s 14.3 percent.

Gwinnett also is closing in on Fulton in terms of having the region’s largest population.

Gwinnett now has an estimated 920,260 residents. That is just about the actual number of Fulton residents counted in the 2010 Census.

Clayton County, where civic leaders won a campaign to bring MARTA to the county, posted a 9.9 percent population gain. The county’s population stands at an estimated 285,153 residents, up by an estimated 25,719 residents from 259,434 residents counted in the 2010 Census.