The Atlanta region is adrift without an elected captain

By Guest Columnist JERE WOOD, mayor of the City of Roswell

Metro Atlanta needs more than a one-cent transportation sales tax to recover from the recession and regain its position in a competitive world. We need to work together as a region, not independently, to meet our transportation, water and other regional challenges.

To act as a unified region, we need leaders with the authority to speak for the region.

Who has the authority to speak for metro Atlanta?

We have no shortage of leaders, but none whose allegiance is to all the citizens of our region. Atlanta Mayor Kasim Reed answers to the 500,000 residents of his city, not to the five million people living in metro Atlanta. Gov. Nathan Deal’s focus is on the entire State of Georgia, not on metro Atlanta. 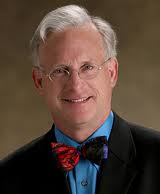 How many organizations succeed without a leader?

With no recognized leader, metro Atlanta has little hope of acting as a unified region. Without a leader, we can only address our needs independently with piecemeal solutions.

The solution is conceptually simple, but politically complex. If metro Atlanta had a regional organization with a leader elected by the voters, this person would have the authority to speak for all of metro Atlanta.

The idea to popularly elect the chairperson of the Atlanta Regional Commission received no political support. The mayors of Fulton and DeKalb counties proposed electing a chairman to a Regional Transit Authority formed by merging MARTA and the transit systems of Cobb, Gwinnett and Clayton counties.

But this idea has also been rejected.

There is little support for an elected leader for metro Atlanta because people do not willingly give up power. The governor appointed a task force to consider the Fulton and DeKalb mayors’ proposal for an elected chairperson to head up a regional authority to operate transit.

This task force of elected officials proposed a 35-member planning agency composed of county commissioners, mayors and appointees named by the governor. It seems the task force was not comfortable giving taxpayers the right to elect a leader to oversee how their money is spent.

In 1996, the Olympics came to Metro Atlanta and we were recognized as a world leader.

Today metro Atlanta is a leader in foreclosures, unemployment, underperforming schools, and traffic. A one-cent sales tax will not solve our problems.

Waiting on the economy to improve is not a sound strategy. If metro Atlanta wishes to regain its status as a leader, then we need to begin by electing a regional leader.