Metro Atlanta to spend $173 billion on transportation by 2050 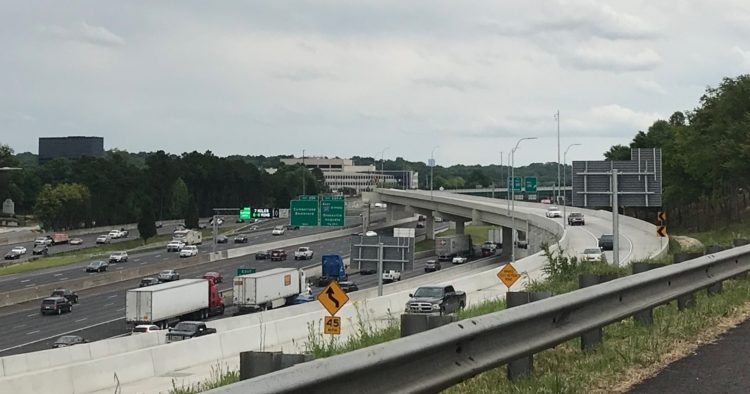 But with some 2.9 million more people expected in the region, tomorrow’s commutes will yet be similar to today’s.

The commute in 2050 will be 33 minutes, if all the spending is done as listed in the new version of the Atlanta Regional Commission’s Regional Transportation Plan.

About twice as many people will take transit in 2050 as now. But still about half of trips will be taken by lone folks in their cars traveling, and they’ll be going at about the same speed as today, forecasters say.

“So we’re still building, and trying to manage transportation — building with with a rapid growth environment.” Orr said. “Of course that provides opportunities and challenges as well.”

Most of what’s in the plan will be familiar to folks who follow transportation planning.

Tolled express lanes are planned for Interstate 20 outside the Perimeter, as well as along the whole north side of Interstate 285, meaning you’d be able to take an express lane trip from Douglasville, through Vinings, Sandy Springs, (taking a detour up 400 if you like), Doraville, and then into Lithonia.

Atlanta’s entire “more MARTA” plan (which includes light rail from Greenbriar mall to Emory) is also part of the RTP list, at $2.7 billion

Major projects are mapped online and all the plan documents are on ARC’s website.

Overall more than half the money — some $102 billion — is expected to be spent on maintenance and modernization of what’s already there: roads, intersections and transit.

About $38 billion will be spent on new things — managed lanes, highway and interchange expansion and transit expansion.

The rest is things like overhead and “demand management:” space for walking, biking and programs like commute alternatives to get people out of private vehicles.

The RTP is important because If something’s not in the plan, it doesn’t get federal funding.

The ARC is a public body that does some of the technical work for the counties of metro Atlanta. For example, it’s ARC demographers who do the population projections and figure out where populations and jobs are likely to appear.

The RTP is the ARC’s effort to help cities and counties figure out what kind of transportation projects will best serve those residents.

What ends up in the plan are things the local governments want, that make sense, and that have some reasonable source of funding — state, local or federal dollars.

For example, the public is not likely to accept new roads through parks, even if that construction would shave a few minutes off commute times or mean some fewer particles of pollution in the air.

About 44% of it is local money — mostly sales tax pennies collected by Atlanta, DeKalb, Fulton and Clayton. The rest is about half state and half federal funds.