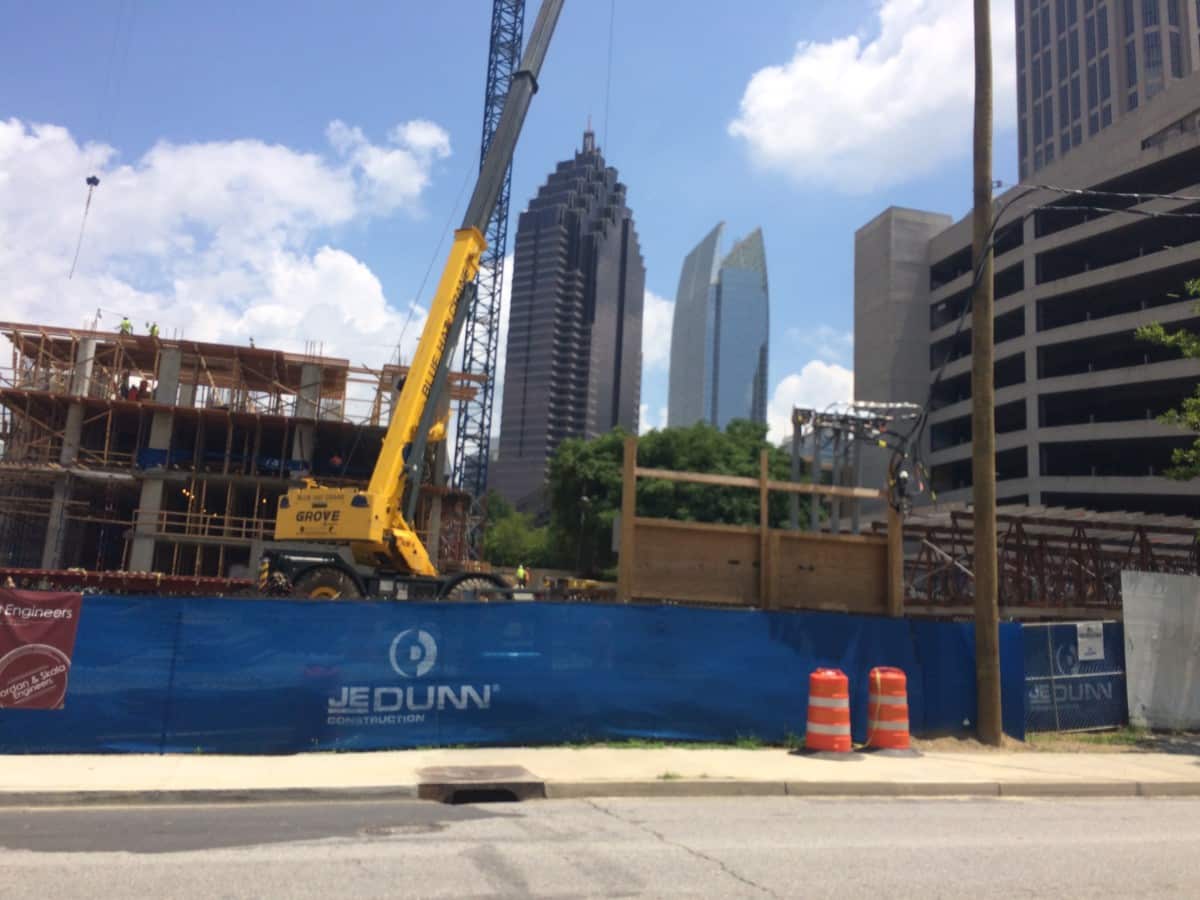 East-West connectivity through Midtown is improving, with 7th Street opened to two-way travel in July. But the big news is that funding is now largely in place to extend 15th Street from West Peachtree Street all the way to Williams Street. 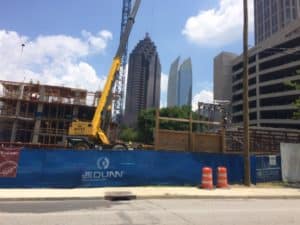 The extension of 15th Street is to be located between the Amili apartment development and an existing parking structure. Credit: David Pendered

Midtown Alliance has been working long-term on the extension of 15th Street. The northern section of Midtown has a dearth of east-west routes between Peachtree Street and Williams Street, which provides access to I-75 northbound.

“This project is critical to reconnecting the street grid and relieving traffic pressure on 14th Street,” Midtown Alliance CEO Kevin Green said in a statement. “We appreciate our partners coming through with financial commitments that can move the 15th Street extension closer to reality.”

The final tumbler seems to have turned in June.

The Atlanta Regional Commission awarded a $188,000 grant to Midtown Alliance to help pay for the planning and engineering designs for the extension, Midtown Alliance said in a statement released Aug 5.

Construction funding exceeding $2.25 million has already been allocated by:

Brian Carr, Midtown Alliance’s spokesman, said Aug. 5 that the developer of an apartment complex being built next to the route of the planned extension has been a good partner. The extension of 15th Street is to be located between the apartment complex and an existing parking deck located just south of the Amli site. 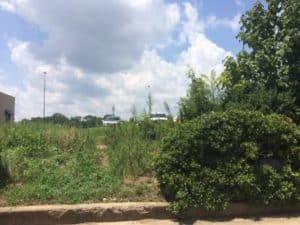 This undeveloped site between Spring Street and Williams Street is to be developed at the 15th Street extension. Credit: David Pendered

Amli is developing a 30-story residential building that’s to provide 351 homes and 3,400 square feet of street-level retail space. The construction site is adjacent to the planned road extension, to the northern side. The parking deck is to the south, Carr confirmed.

Midtown Alliance is continuing its work on other projects that are intended to ease travel between traditional Midtown neighborhoods and the centers of homes and shops emerging to the west of the Downtown Connector along the spine of Northside Drive and Howell Mill Road.

Another project in the hopper is the planned two-laning of 13th Street between Peachtree Walk and Spring Street.

The two-way street between Peachtree Walk and West Peachtree is to be complete in September, according to Midtown Alliance.

The section from West Peachtree and Spring Street is to be complete in late 2017 or early 2018, according to Midtown Alliance.

The conversions would be provided by developers of three properties who aim to improve access to their buildings, according to Midtown Alliance: 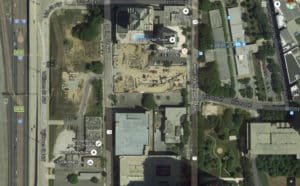 The extension of 15th Street is intended to improve connectivity through Midtown. Credit: Midtown Alliance

Midtown Alliance says these enhancements fit into a broader program that is to deliver more than $6 million in transportation improvements in 2016. A statement from the alliance says: