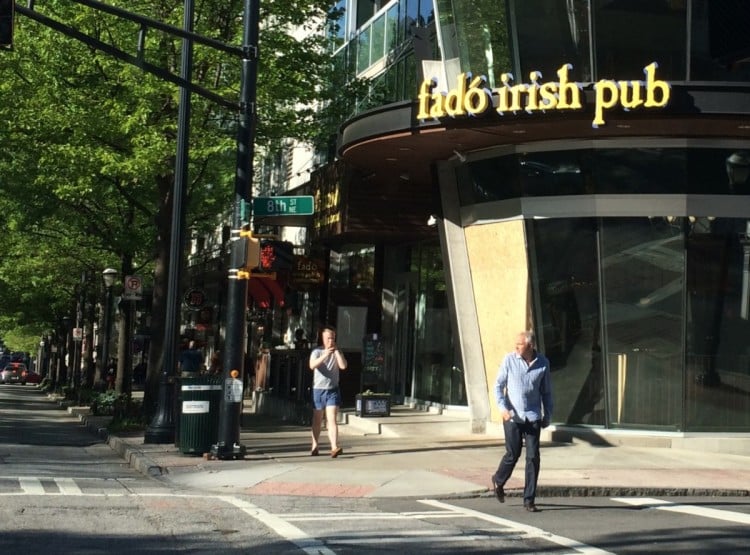 A cautious pedestrian checks all directions for a vehicle that might crash into him as he crosses 8th Street, near its intersection with Peachtree Street in Midtown Atlanta. Credit: David Pendered

The look on the face of a pedestrian in Midtown late Tuesday afternoon speaks directly to Finding No. 3 of the new survey of transportation priorities conducted by Midtown Atlanta. 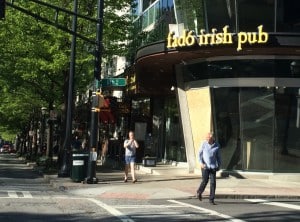 A cautious pedestrian checks all directions for a vehicle that might crash into him as he crosses 8th Street, near its intersection with Peachtree Street in Midtown Atlanta. Credit: David Pendered

The pedestrian wanted to cross 8th Street at its intersection with Peachtree Street.

The fellow had a green traffic light. Evidently, he also has had enough close calls to know that he needed to be super vigilant to ensure he wasn’t struck by a vehicle as he hurried over the crosswalk.

This is Finding No. 3 in the draft version of the survey:

The finding is one of three that emerged from Midtown Atlanta’s website survey. The other two findings are:

In addition, a consulting team working on the Midtown Transportation Plan provided information on the number of crashes in the core of Midtown. They observed that the crash rate was higher than they’d expected. 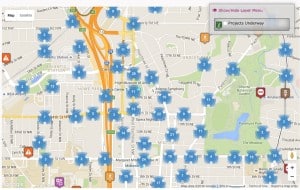 Midtown Alliance produced this map to collect information about concerns about safety and mobility in Midtown Atlanta. Credit: midtowntransportation.com

Consultants reviewed reported crashes and determined there were 8,800 between 2000 and 2014. Of these crashes, 1,000 resulted in injuries, and five deaths were reported.

More than 1,000 comments were posted on the website between Jan. 1 and March 31. Some 58 percent of responses related directly to safety concerns, according to Midtown Alliance.

In all, four out of every five comments offered on pedestrian and bicycle issues related to safety. Many of the comments emphasized fixing or completing sidewalks, adding more crosswalks, completing a protected bicycle network and improving safety by reducing vehicle speeds along major corridors,” according to Midtown Alliance’s statement.

This is the stated challenge:

Nelson Nygaard Consulting Associates is leading the consultant team. The company guided GRTA’s ongoing efforts to devise and implement the most sweeping service revisions in a decade.

The project goals of Midtown Atlanta aim to:

Now that the draft survey is complete, Midtown Alliance intends to continue refining the information and release a draft plan later in the spring. The work is to continue into the summer.