Funding for a Complete Streets project along 5th Street in Midtown, new roads at the General Motors redevelopment site in DeKalb County, and a smart corridor installation in Gwinnett County were included in a basket of 19 mobility projects funded by the state. 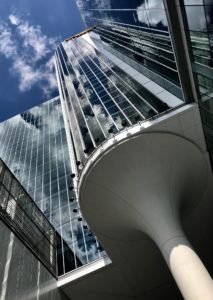 The construction boom of office, residential and commercial construction underscores the significance of the Complete Streets project along 5th Street, according to Kevin Green, president/CEO of Midtown Alliance. Credit: Kelly Jordan

A total of $25.8 million was provided to the 19 projects through the Georgia Transportation Infrastructure Bank, which is administered by the State Road and Tollway Authority. GTIB announced the awards June 23.

Gov. Brian Kemp focused his attention on projects outside metro Atlanta that he said received 42 percent of the total funding. These areas are at risk of being left further behind the state’s urban areas in terms of advancements, including broadband Internet access, particularly in light of the impact the pandemic-related recession is having on rural Georgia. Kemp said in a statement:

The governor’s focus on rural Georgia was balanced by comments from Chris Tomlinson, SRTA’s executive director, who observed:

Here are highlights of three awards to projects in metro Atlanta, and the entity awarded the funding, as described in a statement from SRTA: 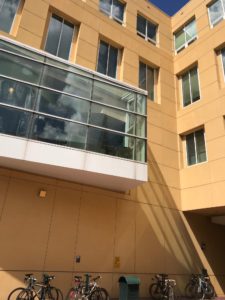 Bicycle and pedestrian safety are to be enhanced along a stretch of 5th Street as part of state funding for Midtown Alliance’s Complete Streets project. Georgia Tech’s conference center, at the southwest corner of 5th and Spring streets, is a popular parking spot for cyclists. Credit: Kelly Jordan