Loans in blighted neighborhoods, such as this neighborhood near Oakland City in Southwest Atlanta, may be easier to access as Biden's administration refocuses Fannie Mae and Freddie Mac from Trump-era policies. Credit: David Pendered (2019)

Lending practices for affordable housing and underserved communities are among the topics expected to rise to the forefront at the nation’s biggest housing finance institutions following a ruling Wednesday by the U.S. Supreme Court. 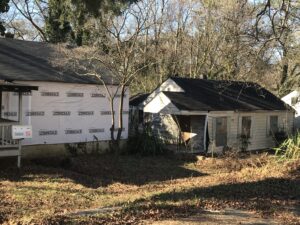 Home buyers in neighborhoods including the Oakland City area, in Southwest Atlanta, have faced a history of difficulty in securing loans to finance homes. Credit: David Pendered (2019)

The court ruled that the president has authority to fire the Trump-appointed director of the Federal Housing Finance Agency. The agency oversees Fannie Mae and Freddie Mac, and the wealth-creating mechanism they enable – the 30-year, fixed-rate home loan.

Fannie Mae and Freddie Mac are major policy-setting tools that President Biden can use to advance his platform of affordable housing. Half the mortgages in the nation are owned or guaranteed by these entities, and with the Federal Home Loan Bank the FHFA oversees a portfolio valued at $7.2 trillion.

The Trump-appointed director resigned within hours of the Supreme Court’s ruling.

The Biden administration has named an acting director until a permanent director is nominated and confirmed by the Senate. A White House spokeswoman said Wednesday she cannot predict when that will happen.

The acting director immediately declared a focus on affordable housing and distressed neighborhoods, in addition to fiscal responsibility.

Sandra Thompson, with more than 30 years in executive roles at the FHFA and Federal Deposit Insurance Corp., said in a statement: 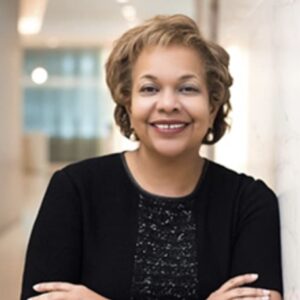 Under Trump, the FHFA’s central focus was to become economically stable to the point that Fannie Mae and Freddie Mac could be freed from federal oversight, or conservatorship. They collapsed during the Great Recession and the federal government intervened, declaring them “too big to fail.”

Congress and the Obama administration were unable to free them from federal oversight, in part because they were facilitating the recovery of property values that continues to this day.

The departing FHFA director, Mark Calabria, maintains the entities don’t have enough capital to survive a major downturn in the housing market. In his exit statement Wednesday, Calabria repeated a warning similar to one he voiced in May, during a presentation at the Brookings Institute. 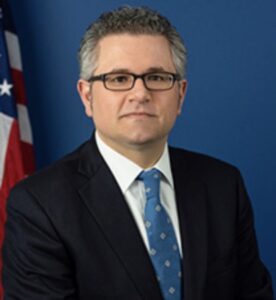 On May 11, in remarks to the Brookings Institution, Calabria stated:

The Supreme Court ruled in Collins et al. v. Yellen, and a related case. The ruling determined that a congressional restriction that the president can fire the FHFA director only “for cause” was unconstitutional. The ruling also dismissed complaints by shareholders that FHFA should have paid them profits for their investments instead of delivering the money to the Treasury Department.