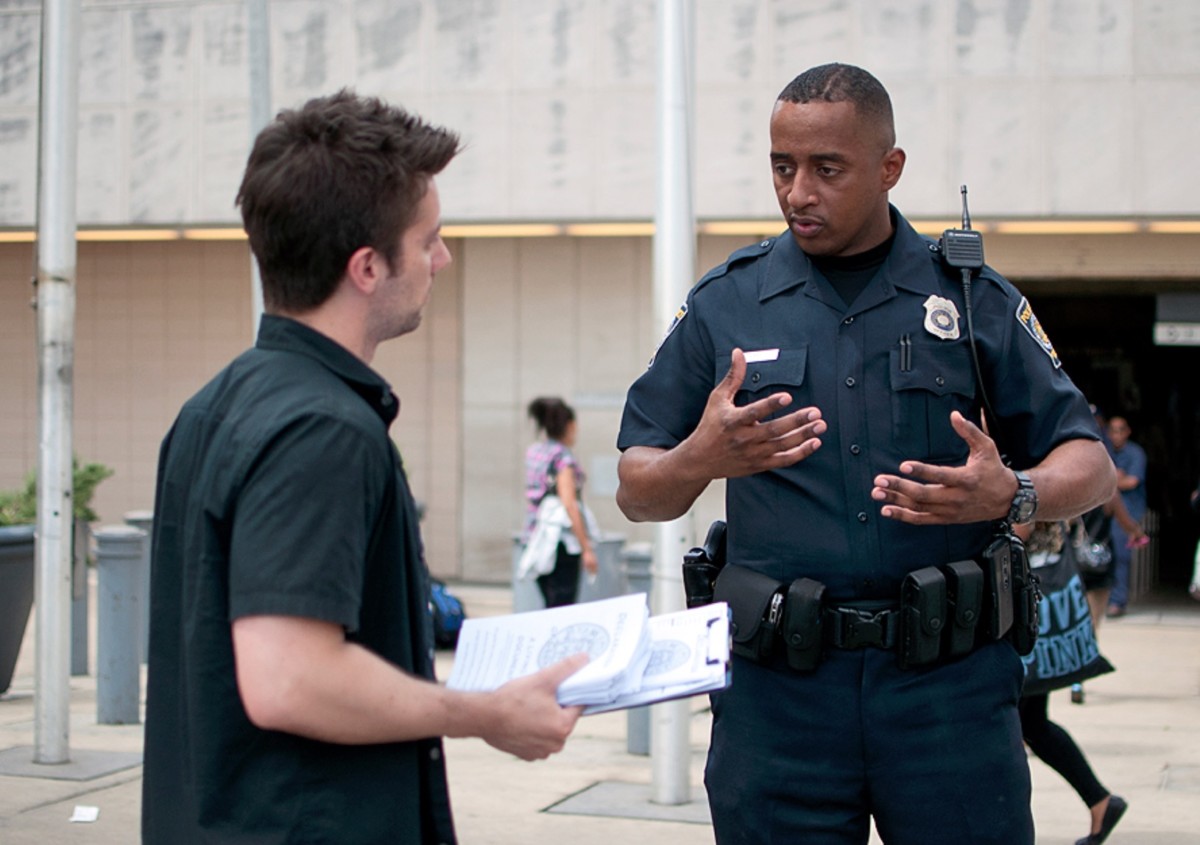 MARTA police officers are state certified and have all the authority of a state police force. Their mission is to protect riders, which is one reason MARTA hires a contractor to secure revenue collections. Credit: keywordsking.com
Share11
Tweet
Share
Pin
Pocket
WhatsApp
Buffer5
Email
Reddit
16 Shares

MARTA could not be more clear that no flashy attire or distracting headsets will be tolerated on the armed guards MARTA intends to hire to provide security for the transport of fare box revenues. Not even the cliché mirror sunglasses made famous in the movie, Cool Hand Luke, are to be allowed.

The rule about sunglasses is right there in the invitation for bids:

Appearance is so critical in MARTA’s IFB for a private security contractor that the list of 12 requirements regarding appearance is greater than the number of criteria for firearms (four criteria), and personnel requirements (nine criteria).

MARTA certainly has the capacity to provide its own in-house armed security guards to watch over the transport of fare box revenues.

MARTA’s Police Department has the full authority of a state police force. The department has an authorized strength of 400 sworn officers and more than 50 civilians. The staff is the ninth largest police force in the state, according a report on MARTA’s website. The officers conduct standard patrols, plain-clothed operations, and a fully functional K-9 patrol.

The department’s mission is to deter crime and handle situations that do arise. As such, providing security for the transport of fare box revenues is outside its wheelhouse.

MARTA currently has a contractor that provides armed security. The contract recurs on a regular basis and is due to be reissued, a MARTA spokesperson said Tuesday. 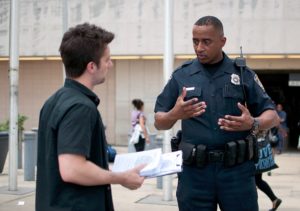 MARTA police officers must comply with a code of appearance and MARTA has set similar standards for it contract armed guards that provide security for the transport of farebox revenues. Credit: keywordsking.com

The appearance section specifies everything from how the insignias that designate rank will be worn, to the color of shoes and rain gear. The requirements recognize that the guards will be highly visible to passengers and must present a professional image.

Here are a few highlights from this section of the IFB: