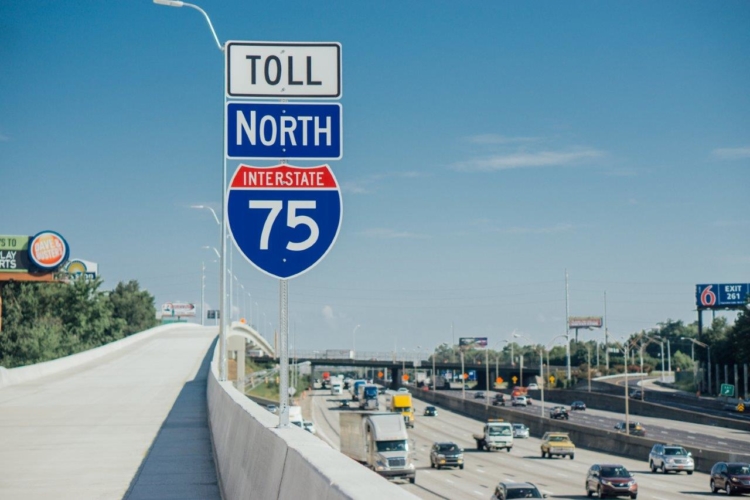 I-75 signs have been installed throughout the Northwest Corridor project to help motorists navigate the route. This one is located at I-75 and Delk Road, in Marietta. Credit: dot.ga.gov 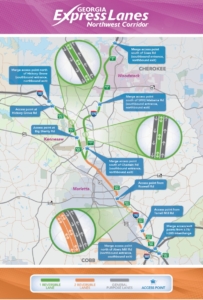 The project adds 29.7 miles of reversible express lanes to one of the region’s heavily traveled corridors.

This project wasn’t built solely to serve commuters who choose to reside a distance from work, or who were compelled for economic reasons to “drive until they qualified” for a mortgage, state transportation officials have said.

I-75 southbound is a truck route connecting the Midwest with Atlanta and destinations accessed by highways that meet in the region. Along I-75 in Cobb, traffic routinely grinds to a halt in the morning as trucks wait to merge onto I-285 southbound, from which they can continue south along I-75 or I-85. or merge to I-20 east or I-20 west. The northbound scenario is similar in the afternoon/evening rush hour. Commuters are stuck in between trucks.

The project will enable commuters, if they’re willing to pay a price, to avoid the congestion and trip-time uncertainty caused by the large volume of 18-wheel trucks traveling along I-75.

The express lanes are to be open in the southbound direction on Saturday and Sunday.

From this point forward, the reversible lanes will be open in the mornings to southbound traffic and in the afternoons/evenings to northbound traffic.

Trips will be free for the first 14 days. After the introductory period, drivers will need to have a Peach Pass to travel in the express lanes, Dale said.

Deal is slated to lead the ribbon cutting ceremony Sept. 12 at 10 a.m. The location is the Braves North Lot 29, near the SunTrust Stadium. 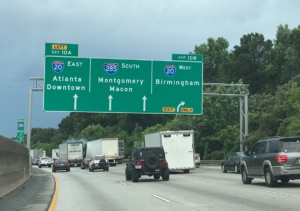 Much of the truck traffic preparing to merge from I-285 south to I-20 east or west arrived from I-75 southbound. Credit: David Pendered

When Deal announced the project, in May 2012, he emphasized two points – the need to ease congestion in a major corridor, and the state’s desire to bring in private investors to help pay for the project. The original terms the governor announced include:

In addition, according to the governor’s statement:

The parameters of the project are along I-75 from the Cumberland Mall area, at I-75 and Akers Mill, to north of Kennesaw, at I-75 and Hickory Grove Road; and along I-575 from the I-75 interchange near Kennesaw to Sixes Road, south of Holly Springs. 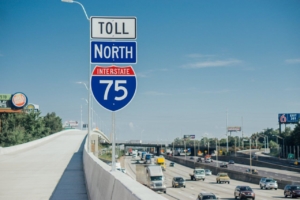 I-75 signs have been installed throughout the Northwest Corridor project to help motorists navigate the route. This one is located at I-75 and Delk Road, in Marietta. Credit: dot.ga.gov

Previous Article
On November 6, You Can Bring Georgia Together
Next Article
Task force lays out affordability proposal at housing forum