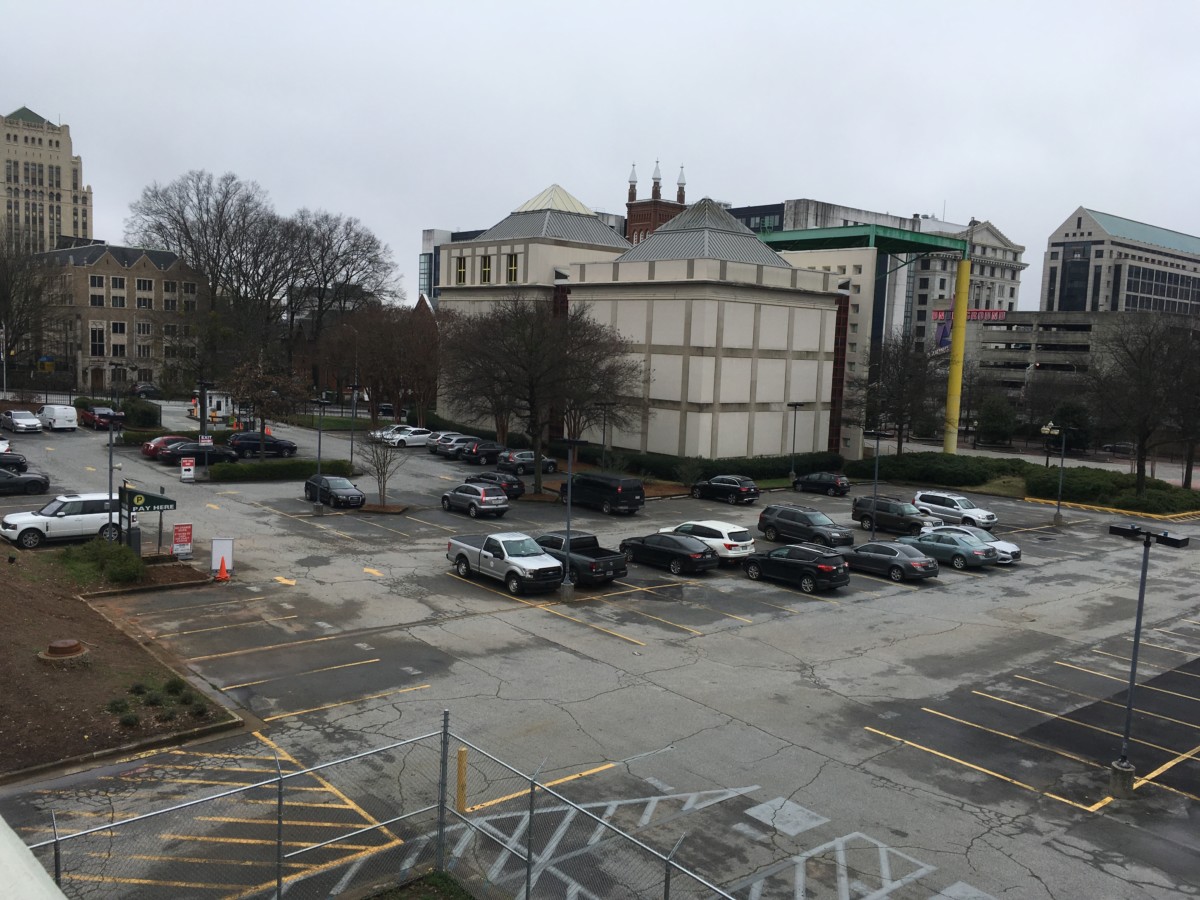 The beverage shrine-turned-vacant building that was once the World of Coke isn’t going to get a new tenant — or a parking deck beside it — anytime too soon. 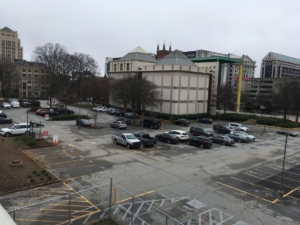 That’s according to Marvin Woodward, Georgia’s deputy state property officer. He was speaking to Atlanta’s state lawmakers on Friday about the site that’s in their city, but under the state’s ownership.

“We have a draft lease [for the building], but it has not been signed,” Woodward said.

The draft lease is with one POW Entertainment, which is thinking about making it into some kind of entertainment, pop-culture movie venue, he said.

But he also said due to a death and changes in POW’s organization, the company is rethinking the facility.

POW had proposed investing $1.5 million to recondition the building and $1.2 million to upgrade systems as part of a seven-year lease, according to a GBA document.

State Rep. Park Cannon, D-Atlanta, pressed Woodward about how GBA found this potential tenant and how to go about getting some sort of commitment to the people of Atlanta or Georgia of getting something on the site that is reflective of local or state history and culture.

Woodward said GBA is willing to speak to anyone who is interested in using that building. He also said that last summer, POW reached out to the state about it.

“I’ll just submit it needs to be … emergency housing,” Cannon said, asking if GBA would hear that proposal. Woodward said the agency would do whatever the Legislature decides.

Woodward also said that plans for an old-Coke-adjacent parking deck are on hold.  Earlier this year, GPA put out a request for proposals, asking for bids to build a 500-space parking deck where there’s now surface parking between the museum and Courtland Street.

He said the deck was related to the lease, and that the Capitol area generally is short of visitor parking.

But because there’s no head of his agency right now, because there’s a new governor with a new executive staff, and no signed lease, Woodward said the agency thought it would be better to slow down on the deck idea.

That’s fine with Jerry Miller, president of the Capitol Hill Neighborhood Development Corporation, a nonprofit made up of three nearby churches.

That site is too important for a parking deck; whatever goes there should be something that’s connected to the street and neighborhoods, Miller said at the meeting.

“We made a proposal 12 years ago that it could be dormitory space, working with Georgia State … it could be anything. I think my point is it’s too important a site just to do parking,” Miller said.

The old World of Coke building has been dormant for about 12 years. The state bought it with the intent of making it a Georgia state history museum, but soon after that purchase, the Great Recession hit and the state Legislature hasn’t found any appetite to fund any museum there. 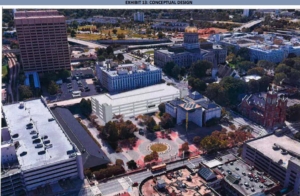 A sketch from the state’s request for proposals to build a deck alongside the old World of Coke. Credit: via Georgia Building Authority

Previous Article
Local governments shouldn’t weigh in on the appearance of houses, according to some Georgia lawmakers
Next Article
Women, wages, wealth, health: Power at the polls must translate to policy change