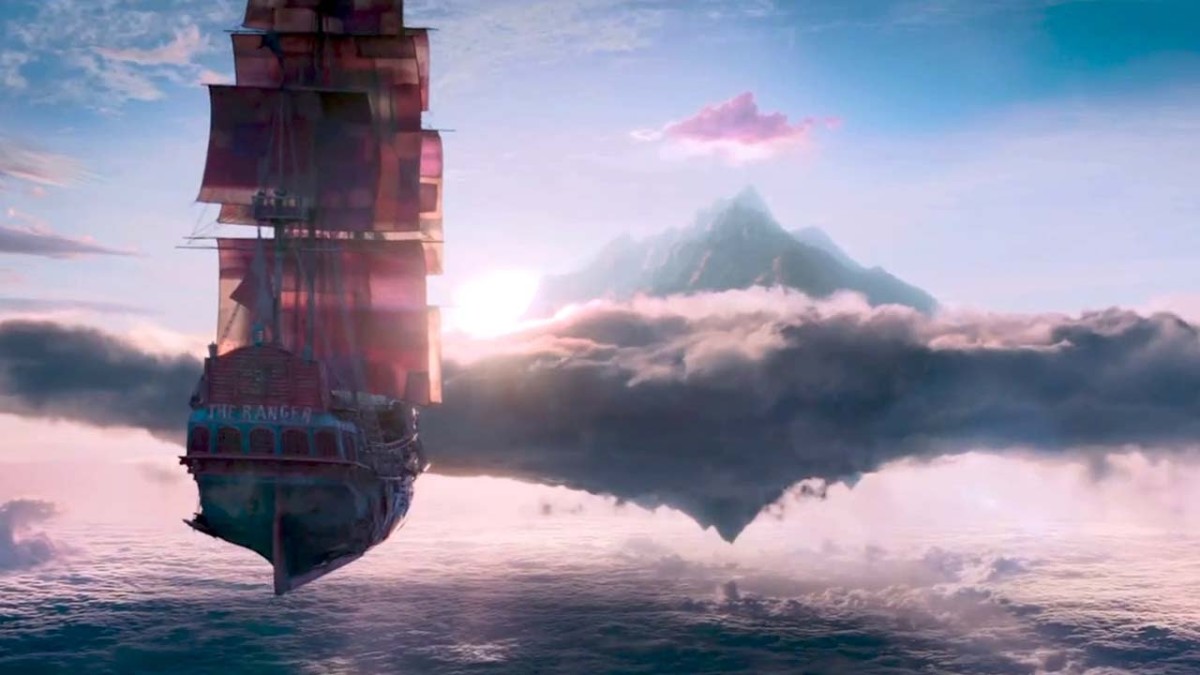 It’s terrible to watch enchantment leak from a film.

It’s especially so when the primary source for the picture is one of the most enduring enchantments of all time: James M. Barrie’s tale of Peter Pan, Captain Hook and Neverland.

Not everyone is a Pan purist, but most of us know the general story: how Peter flies off to Neverland with Wendy, John and Michael where they encounter Lost Boys, pirates and Indians (I don’t think they can properly be called Native Americans, since we’re not in America; Native Neverland-ians perhaps?).

Or maybe you know the Mary Martin version or the Disney version. Or, Lord help us, the version that was televised last year with Allison Williams.

There is a pretty good English version, made in 2003, which nobody saw.

And of course, there’s the Steven Spielberg version (shudder) called “Hook,” and starring Robin Williams as a grown-up Peter and Dustin Hoffman as a very fine Hook. With its oh-so-California multiculturalism and leaden misinterpretation of everything about Barrie’s timeless tale, “Hook” was pretty much the worst thing ever to happen to Peter.

“Pan” begins beautifully — the credits are splayed across a twinkly sky where crocodile constellations soar against a star-spangled night. An unseen narrator says, in the best possible once-upon-a-time conspiratorial tone, “Sometimes, in order to know how things end, one must know how they begin.”

But we’re not in the Darling family’s Edwardian London.

We’ve been plopped down in the middle of the Blitz, with Nazi planes overhead.

Now we’re inside an orphanage and, yes, the poor children, lorded over by an evil head nun (she’s like a Dame Edna parody), are fed gruel. Not very much gruel. Peter (Levi Miller) doesn’t say, “Please, sir, I want some more” … but you get the idea.

At this point, no matter how visually compelling the picture has been, something deep down inside starts to recoil.  Because someone doesn’t know — or maybe, understand — jack-crap about Peter Pan.

It only gets worse. Peter and the other orphans are kidnapped by bungee-jumping pirates (it’s actually a pretty cool scene). Turns out, said Evil Nun is in cahoots with the infamous pirate, Blackbeard (Hugh Jackman), who takes her orphans to Neverland where they’re forced to mine for fairy dust inside a giant quarry.

Digression: In “Pan,” fairy dust has nothing to do with Tinkerbell or the ability to fly; it’s some kind of magic youth potion, which Blackbeard inhales as if he were Dennis Hopper in “Blue Velvet.”

Bit by bit the usual suspects show up. Peter is befriended by a fellow laborer named Hook (hmmm), played with a third-rate Indiana Jones swagger by Garrett Hedlund. Tiger Lily turns up in the dubious form of Rooney Mara decked out like Cher circa 1973.

Adventures — or something similar — ensue. 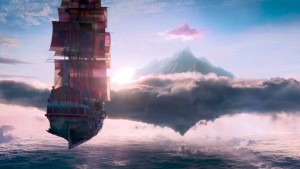 The worst part of “Pan” is that it’s directed by the immensely talented Joe Wright who made a wondrous “Anna Karenina” a few years back. Like that film, this one is stuffed to the brim with imaginative flourishes. Galleons come about by Big Ben. Mermaids come in triplicate; crocodiles in CGI.

At least there’s Jackman, who roars around as if he’d been cast in the most wonderful Christmas pantomime imaginable. But he’s one man against many, many misbegotten ideas.

The real villain here is scriptwriter Jason Fuchs whose credits include “Ice Age: Continental Drift.” In fact, that’s his only feature credit, aside from “Pan.” I think you see the problem…

There’s more magic in the flashlight traditionally used to play Tinkerbell in stage productions of “Peter Pan” than there is in the entirety of “Pan.” And as long as we’re talking Tink, I can’t think of anyone who’d clap their hands for this inchoate mess. “Pan” may believe in fairies, but it doesn’t believe in Peter Pan.