People, not cars, at center of Atlanta’s new transportation plan 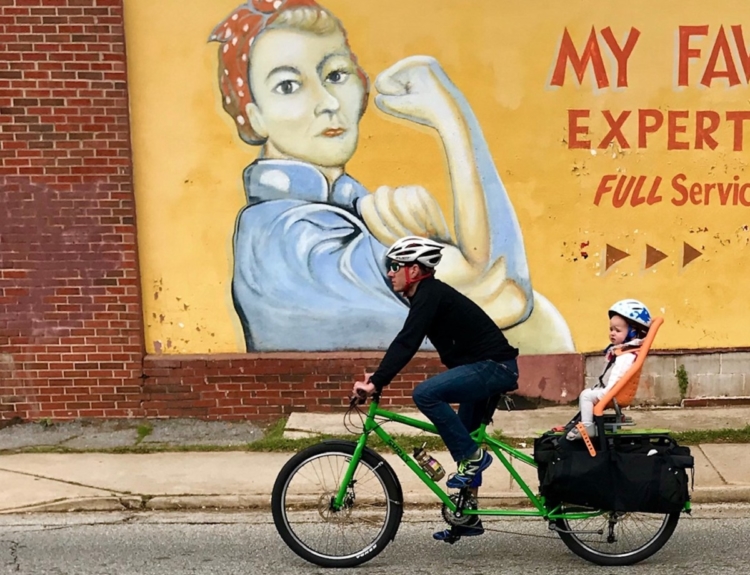 Atlanta's new transportation manual provides guidance that's to create streets and sidewalks that are safer for bicyclists and pedestrians. It's part of the 'Atlanta City Design' project. Credit: Kelly Jordan

With the adoption of an updated master transportation plan, Atlanta is taking another step toward establishing the “beloved community,” the city of the future envisioned in the guiding document, “Atlanta City Design.” 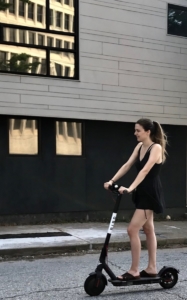 Atlanta’s streets will evolve, over time, into corridors that accommodate all modes of transportation, according to the guidelines contained in the new transportation plan. Credit: Kelly Jordan

The transportation plan isn’t a warm and fuzzy read, as was much of “Atlanta City Design.” But that’s not its purpose.

The purpose is to provide a scope and service document for future decisions regarding the infrastructure built to serve transit, transportation and overall mobility in the city. This is the document that determines, among other things, where bicycle lanes are located and how close sidewalks are built to streets – meaning the proximity of pedestrians to fast-moving vehicles.

After the vote, Councilmember J.P. Matzigkeit, who represents a portion of Buckhead, said “Atlanta City Design” envisions large increases of travel to parts of the city that have major destinations for work and play and already struggle with traffic congestion, including Buckhead, Midtown and Downtown.

Matzigkeit said he intends to introduce a non-binding resolution at the end of the meeting that will ask the state Department of Transportation to study ways to help these commuters by conducting a travel demand management analysis for these congested parts of the city. The council would consider the resolution in 2019.

Examples of the TDM system Matzigkeit mentioned include employers allowing flexibility in work location and hours, carpools, and routing, according to a report by the Federal Highway Administration.

The street manual the council approved describes itself as a blueprint:

The city’s new street manual shows how its authors translated “Atlanta City Design” from vision to reality. The vision was lofty – transportation was portrayed in terms of access. The task was to, “update our hub of transportation for a new generation while also building a sense of community and place.”

Starting with a vision to “prioritize people” and “consider the lives of people before cars,” the street manual takes up the issue of speed limits on city streets. The take-away is that 35 mph is the maximum recommended speed limit in the city.

Here’s the outlook that underpins the 35 mph recommendation: 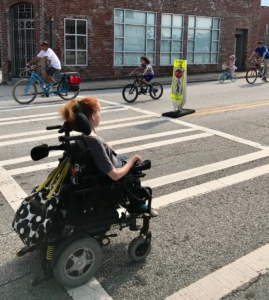 “Consider the lives of people before cars” is a driving premise of Atlanta’s updated transportation plan. Credit: Kelly Jordan

Bicycles are a major focus, as they have been for more than a decade as Atlanta has retooled streets to narrow vehicle lanes to provide bike lanes and bulb outs for pedestrians. The new manual observes: 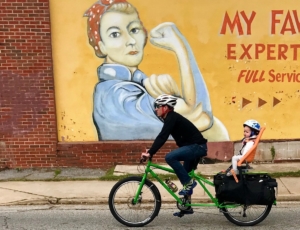 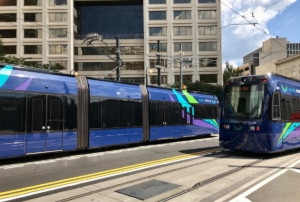 The needs of large transit vehicles, including those used by the Atlanta Streetcar, are factored into the guidelines of street design in Atlanta’s new transportation plan. Credit: Kelly Jordan