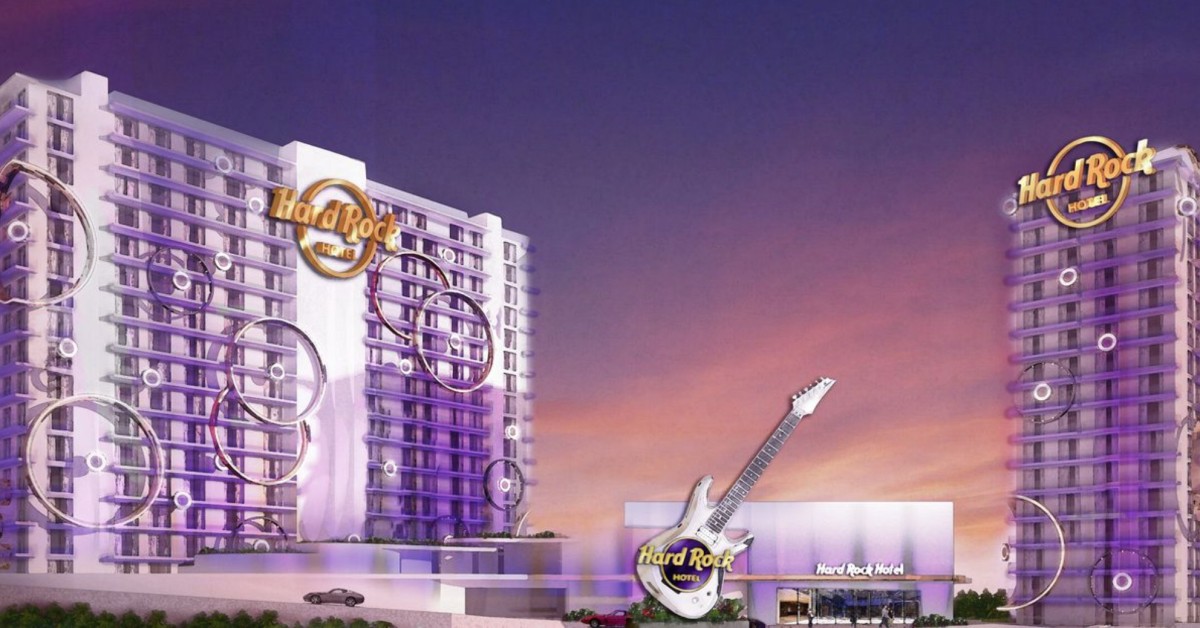 This rendering shows the planned Hard Rock Hotel on the Spanish island of Tenerife. It shows the company's interest in wearing its brand. This hotel is to offer 624 rooms, compared to the 220 rooms in the planned hotel in Atlanta. Credit: hardrockhotels.com
Share594
Tweet33
Share13
Pin
Pocket
WhatsApp
Buffer
Email
Reddit12
652 Shares

The new Hard Rock Hotel announced for downtown Atlanta is the latest venture for a parent company owned by the Seminole Tribe of Florida, which a story on forbes.com described as, “tribal pioneers in the casino and gaming business.” 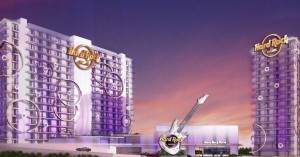 This rendering shows the planned Hard Rock Hotel on the Spanish island of Tenerife. It demonstrates the company’s interest in wearing its brand. This hotel is to offer 624 rooms, compared to the 220 rooms in the planned hotel in Atlanta. Credit: hardrockhotels.com

The Seminole Tribe was the first Indian tribe to open high stakes bingo halls, in Florida in 1979, according to the company’s website. In 2004, the tribe opened the first two Hard Rock Hotels and Casinos, in Florida.

The Seminole Tribe bought Hard Rock International in a $965 million cash deal announced in December 2006. The deal closed in March 2007, according to Hard Rock’s website.

The tribe has aggressively expanded its business model. According to a story reported on nbcnews.com:

This corporate history suggests that a seasoned advocate for casino-style gambling is about to plant a flag in the heart of Atlanta’s convention and tourism district.

The 220-room hotel is slated to open in spring, 2018 on a site along Centennial Olympic Park Drive, facing the Mercedes-Benz Stadium, future home of the Atlanta Falcons.

“The new Hard Rock Hotel in Castleberry Hill will offer a new, best-in-class option for the millions of people visiting Atlanta each year,” Reed said in a statement. “In addition to serving tourists and visitors, this new hotel will serve as a powerful economic anchor, bringing new jobs and further investment to our downtown corridor and stadium neighborhoods.”

The tribal gambling business is now a $25 billion industry that operates from more than 350 tribal casinos in 28 states, according to a regulatory update posted on indiangaming.com. The industry has skyrocketed from its infancy as high stakes bingo and card games. The growth was made possible by the 1987 U.S. Supreme Court ruling in a case styled, California v. Cabazon Band of Mission Indians, which recognized the sovereign rights of tribes to use gambling for the purpose of raising funds for the tribe. 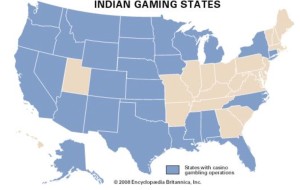 Georgia is one of the few states that do not have tribal gambling, according to this map by Encyclopaedia Brittanica. Credit: brittanica.com

As Steven Andrew Light, then an associate professor at the University of North Dakota, wrote in the update that appears on indiangaming.com:

Hard Rock’s Marco Roca had only good things to say about Atlanta in statements released by the city and Hard Rock. Roca serves as executive vice president of global hotel development at Hard Rock International. Roca works with the Hotel and Casino Development Team.

“Atlanta has become a preferred destination among travelers and the city’s widespread appeal makes it an ideal destination for Hard Rock’s global fan base,” Roca said. “We look forward to showcasing our world-class brand and bringing the Hard Rock Hotels experience to this thriving modern city.”