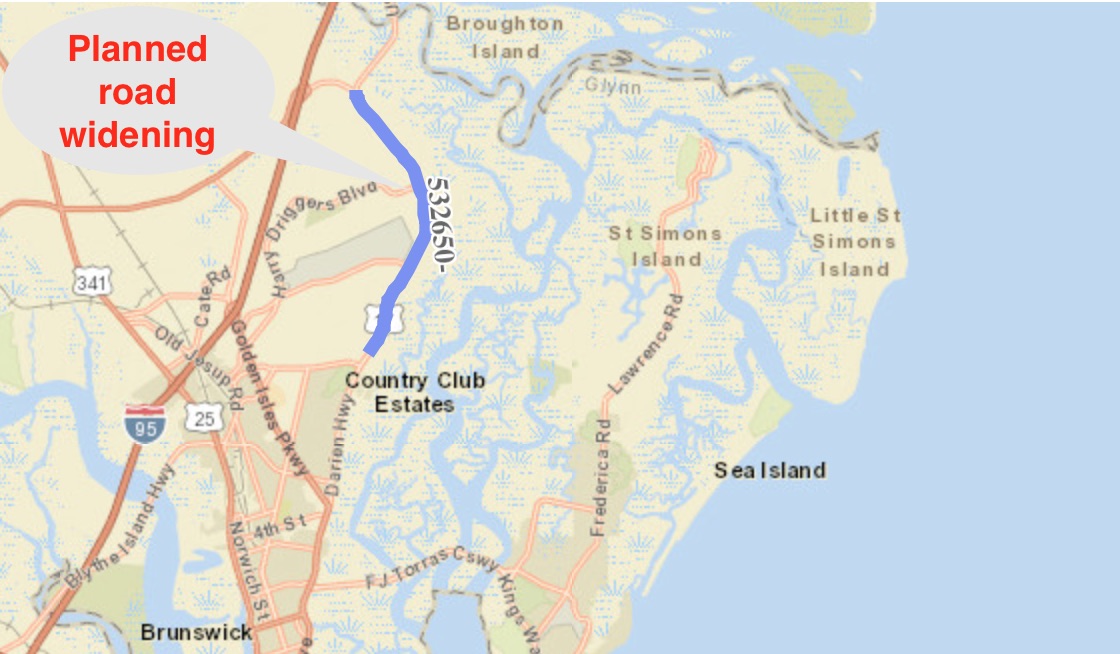 A highway expansion project near Brunswick will require the use of land that’s part of the historic Hofwyl-Broadfield rice plantation. The road project is to improve access from I-95 to the Golden Isles and the regional airport.

The road-widening project is the latest mark of development pressure that’s ever increasing along Georgia’s coastline.

The project requires a 6-acre easement along a stretch of the Hofwyl-Broadfield plantation that abuts U.S. 17. The project does not appear to encroach into the historic settlement or rice fields, which were established in the early 1800s.

The public is to have a chance to voice opinions at a public meeting scheduled for Oct. 11 at the historic site’s visitors center theater. A court reporter is to be present to record all verbal comments at the meeting convened by both GDOT and DNR.

This project has gained steam as Glynn County officials are trying to establish a spaceport they envision as a major economic engine for the coastal county. The Federal Aviation Authority has those plans under review, including its proposal for rockets to be launched over Cumberland Island National Seashore.

The planned widening of U.S. 17 has been on the books since at least 2003, according to the project report kept by the Georgia Department of Transportation. 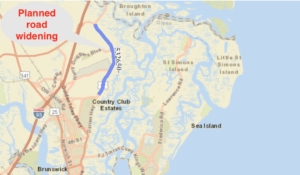 The planned widening of U.S. 17 near Brunswick would improve access to the regional airport as well as the Golden Isles. Credit: dot.ga.gov

The road project aims to improve the ability of U.S. 17 to serve as a local route for traffic traveling north and south on the east side of I-95. The widening is to encompass 6.4 miles of roadway, according to a GDOT statement.

In addition, the widened road is to include an enhanced connection to I-95. GDOT intends to add a roundabout at the intersection of I-95 and Ga. 99. Ga. 99 connects the interstate highway with U.S. 17.

Plans calls for existing bridges along U.S. 17 over Thornhill Creek and Wallyleg Branch to be replaced with new four-lane structures. The exisiing right-of-way varies from 70 feet to 250 feet and the proposed right-of-way is expected to range from 200 to 250 feet.

This is a set of highlights of GDOT’s proposal:

Note to readers: Details of the Oct. 11 public meeting, and instructions for submitting written comments by Oct. 26, on the proposed change of use of heritage preserve at Hofwyle-Broadfield Plantation Historic Site are available on this DNR webpage. 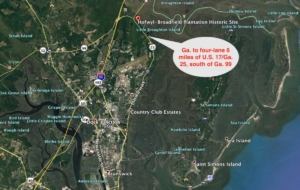 The planned widening of U.S. 17/Ga. 25 requires an easement for about 6 acres along the western border of the Hofwyl-Broadfield Plantation Historic Site, an antebellum rice farm. Credit: Google Earth, David Pendered