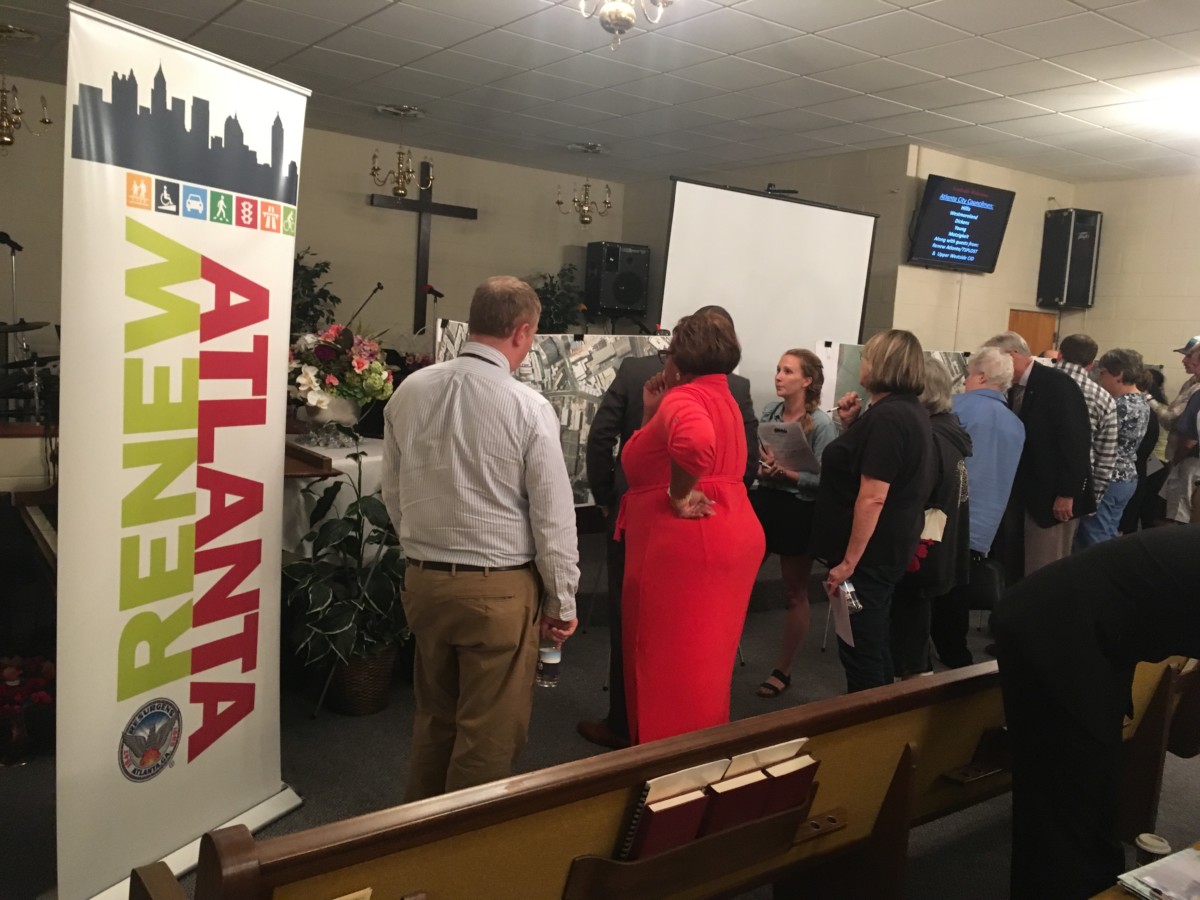 There’s broad agreement that the Howell Mill Road corridor could use a lot of road, sidewalk, bike lane and bus stop upgrades; but much of that proposed work is up in the air as the city steps back from some public works pledges.

Northwest Atlanta City Councilman Dustin Hillis wanted to hear that his constituents would get the road improvements. Instead, he said he was disappointed after seeing a presentation by the city’s Renew Atlanta office on Thursday night. 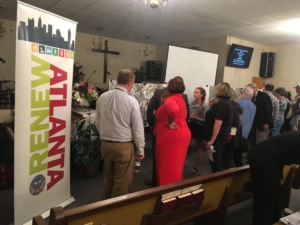 “You go out to the voters and you present a project list and ask for their vote, and maybe they see something in their neighborhood or in their Council district that may have been what got them to the polls to vote for it … and then come and say, ‘Oh I’m sorry we massively underestimated the cost?'” said Hillis.

The “Howell Mill Road Complete Street Project” idea would improve about 2.25 miles of corridor from Marietta Street to Collier Road with things like turn lanes, bike lanes, better sidewalks and crosswalks, better bus stops and new pavement. It’s supposed to be paid for out of $250 million that city of Atlanta voters authorized the city to borrow in 2015. The point of the Renew Atlanta project was to start on a much larger backlog of road, bridge, sidewalk and public building works across the city.

But signs are that across the city, Renew won’t be able to pay for all the projects on its list.

Renew is doing a reboot or a rebaselining of its entire program, said Michele Wynn, a top manager at Renew Atlanta, presenting the Howell Mill update at that public meeting in northwest Atlanta. Part of that is identifying priority projects, she said.

On Howell Mill particularly, timing the lights is a top priority, she said. It’s a somewhat separate project from the rest of the “complete street” work.

“For the complete street, we may look at doing a phasing of that, so it may be that we construct a phase of it early and then we go out and seek additional funding for doing construction on another phase,” Wynn said.

If so, complete street works would start in segments at the Marietta Street end of Howell Mill.

At-large Atlanta City Councilman Andre Dickens lives in northwest Atlanta and was also among the 30 or so people watching the presentation, neighbors sick of the gridlock.

“Howell Mill Road is completely congested most parts of the day and the evening, and it wasn’t like that before, and so we put it on the list of projects and it was well-supported,” Dickens said.

But he said that according to informal conversations he’s had with Renew and other things he’s heard, there’s just not enough money and some things are going to fall off the list.

Both he and Hillis said their top priority is to at least get Howell Mill’s traffic lights synchronized so traffic moves faster.

Asked why Renew isn’t going to cover all that was promised, Wynn said doing a rebaselining on something like this is kind of normal. Constructions costs change, designs change and scopes change, she said.

Unpredictable things happen, she said, like a boom in the construction industry just now, so that contractors can pick and choose projects.

“I think that the challenge, with, again, any program, is managing expectations and then understanding how projects change,” Wynn said.

But city auditors have had some unflattering things to say about Renew. For example, fire station repairs are costing more than the insufficient amount that was set aside for them in the first place, according to an audit published in September.

Design circumstances did change there, like when the fire department decided they wanted gender-neutral bathrooms. So designers went back to drawing boards. But auditors did find cases of design costs far exceeding guidelines and that controls to track and limit design costs weren’t working.

Last year, road works were found to be missing documentation that the city needs to control costs and schedules. In 2016, auditors found that contracting didn’t comply with best practices or fully protect the city’s interests.

Roughly $19 million of Renew Atlanta bond premiums (money paid by buyers over the face value of a bond) went to pay for a controversial, budget-busting bridge over Northside Drive that wasn’t on the original list.

According to a 2017 document, Howell Mill Complete Street construction was supposed to have started in May, 2018. But the design isn’t finished yet. Wynn said draft maps presented Thursday night will be on Renew’s website in the coming days.

Personnel from Renew (plus another infrastructure program) were scheduled to give a regular update to the Atlanta City Council’s Transportation Committee on Wednesday, but no one from the programs stepped up to the mic.

Committee Chair Dickens said he knew Renew was still working on some data but that he had urged them to show up and present as much as possible.  He said he wants to hear about Renew’s expenditure and budget, what has gotten done and why some things maybe won’t.

Previous Article
A 10-minute walk to a park? Advocates say it should happen in Atlanta
Next Article
Planned Chamblee Doraville CID to create sense of place, urgency for improvements