The idea sounds simple enough – provide Atlanta’s surplus property for use as construction sites for housing that’s affordable for a schoolteacher. Pending legislation to do just that uncorked a wide-reaching debate Tuesday among members of the Atlanta City Council over the city’s past and present efforts to promote a range of housing prices in the city.

Housing opportunities can be feast or famine as blighted neighborhoods are redeveloped, as evidenced by burnt and boarded homes that face a fairly renovated home. A proposal in Atlanta would allocate some surplus city-owned property as construction sites for affordable homes. File/Credit: David Pendered

Members of the council’s Community Development Committee talked for about 50 minutes before voting to do what they essentially agreed to do at the start of debate – hold the legislation for further research and a joint work session with the Finance/Executive Committee and stakeholders in the affordable housing sector.

A date for the work session was not determined. Community Development Committee Chair Natalyn Archibong said it will not be scheduled during the council’s summer recess. The recess begins Wednesday at 5 p.m. and the council returns to work Aug. 21.

This schedule sets up the debate for the heart of campaign season for council seats and mayor’s post. The issue of affordability has emerged as a hot topic in the current election cycle and more than one candidate has appeared with film crew at meetings of the Metro Atlanta Task Force for the Homeless, which has toiled for years in the field of housing affordability.

The legislation’s lead sponsor was Councilmember Michael Julian Bond. Co-sponsors include members now campaigning for higher office: Mayoral candidate Keisha Lance Bottoms and Kwanza Hall; Mayoral candidate Mary Norwood requested at the committee meeting to be added as a co-signer, saying she was out of the council’s chamber when the proposal was introduced. C.T. Martin, a candidate for city council president, co-signed the legislation. 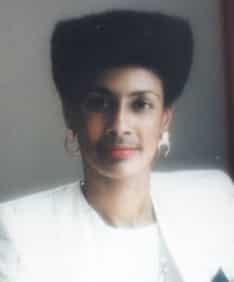 Part of the debate involved where the affordable houses would be built. The surplus sites are said to be located in all council districts. But developers have resisted taking the city’s incentives to build even 20 percent affordability in their housing projects, said Councilmember Cleta Winslow. The result is that the majority of affordable housing projects are located south of I-20.

NPU-S includes West End and Oakland City, Fort McPherson and Adams Park. It’s south of I-20 and west of the MARTA tracks that run parallel to Lee Street.

“What people are saying, and it’s not about being against a certain population, it’s just that things have been so bad for so long that we’d like to see someone making $35,000 a year coming into the community,” Winslow said. 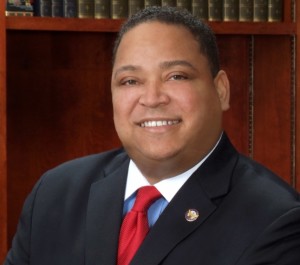 Councilmember Michael Julian Bond, the lead sponsor of the legislation, said its main purpose is to help provide homes that are affordable. The legislation addresses the No. 1 impact on the cost of a dwelling, the price of the land on which it’s built, he said.

“In only one family is served in this, this is worth doing,” Bond said.

Councilmember Joyce Sheperd remembered getting clobbered for proposing that affordable homes be built in the Pittsburgh neighborhood. It’s located southwest of Turner Field and had the highest foreclosure rate in the region during the Great Recession, according to research by the Atlanta Neighborhood Development Partnership.

“I tried to put housing into Pittsburgh for the homeless and I tried to be supportive, but the community beat me to a nub, down to the ground, it was brutal,” Sheperd said. “I’m just saying, in terms that this is a great conversation, the people in Pittsburgh and Adair Park and other neighborhoods – we tried six months and couldn’t come up with a compromise.” 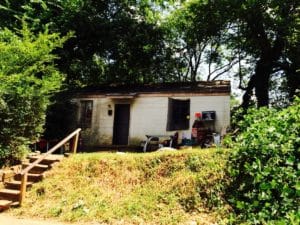 Neighborhoods located west and south of Atlanta’s central business district were zoned for black residential neighborhoods in 1922. Some still have not recovered from the blight that ensued. File/Credit: David Pendered

Of those 1,419 surplus properties, 1,188 might be needed in the future, Parks said. They are under the purview of one of three departments: parks and recreation, public works, and watershed.

That leaves 231 parcels that could be provided for the proposed program. Parks said none of these parcels are associated with the Atlanta Public Schools, which has a history of contesting the city’s ownership claims over certain properties.