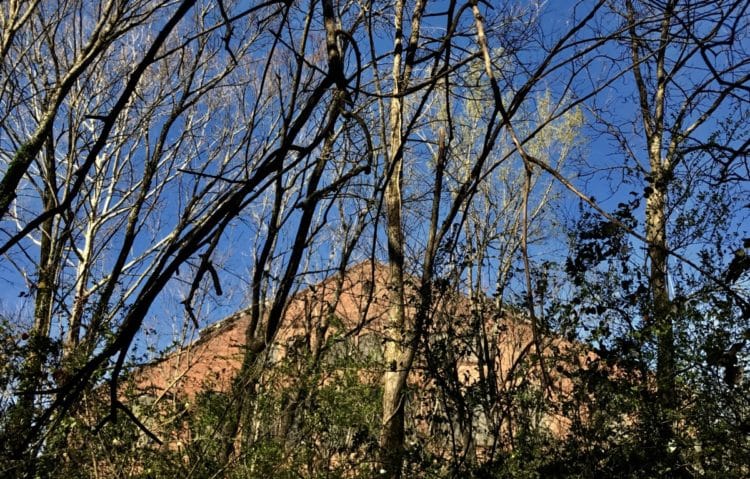 Editor’s Note: This story has been updated with a comment from the board that oversees the Kirkwood Neighborhood Association.

Atlanta’s school superintendent is backing an effort to protect a 10-acre stand of trees and the development of an urban farm and nature center at the site of Pullman Yard, the 27-acre site in Kirkwood that the state of Georgia is selling as a likely mixed use development.

Carstarphen’s decision to engage the issue is of note. In recent years, APS and Atlanta City Hall have been at odds over issues related to urban development including payments due APS from the Atlanta BeltLine and deeds for school property that the city retains.

The state has set an April 4 deadline for bids on the property.

The environmental preservation effort being led by a group named Pullman Forest has three goals: Preserve the forest; establish a nature center with an urban farm; and create a wellness program that incorporates these three components. Greg Ramsey is a founder of the group and visited the site during an open house on Wednesday.

On Thursday afternoon, the board of the Kirkwood Neighborhood Association released the following statement: 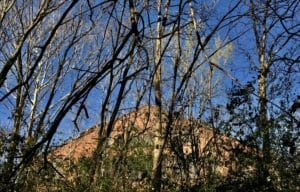 A 10-acre stand of trees at Pullman Yard abuts Toomer Elementary School. Atlanta school Superintendent Meria Carstarphen wrote a letter in support of a proposal to preserve the trees as greenspace rather than have the land developed. Credit: Kelly Jordan

Atlanta has the ability to compel a developer to provide some, if not all, of these outcomes, Ramsey said Wednesday after a tour of the property.

That’s because the developer will need the city’s approval to rezone the property for redevelopment.

The site now is zoned for industrial use, which allows for essentially any type of land use – except the lucrative residential component that makes mixed use projects so profitable.

For residences to be built, the Atlanta City Council and mayor must agree to rezone at least a portion of the land for residential use.

Ramsey portrays the work of Pullman Forest as trying to save potential developers from making a $2 million to $4 million mistake in their financial calculations.

That’s the amount Ramsey foresees a developer bidding on the property with the presumption that buildings can be erected right up to the 75-foot stream buffer along Hardee Creek.

A trail winds through a 10-acre stand of trees on Pullman Yard. Calls to preserve the trees are being voiced by area residents and Atlanta school Superintendent Meria Carstarphen. Credit: Kelly Jordan

“Developers are sharpening their pencils and putting final bid submittals together,” Ramesey said. “What a lot of have probably done is show high density product right up to the stream buffer. We don’t know how much attention they’ve paid to the greenspace overlay for Kirkwood in the city’s Comprehensive Development Plan, in which it shows that Kirkwood wants to see eight acres of that forest set aside.”

Ramsey said the Kirkwood neighborhood would fight a rezoning effort if the eight acres of forest are not preserved. They can be expected to lobby their elected city councilmembers – some of whom are running for mayor – to support their position.

In addition, Kirkwood has a voice on zoning matters through Atlanta’s system of Neighborhood Planning Units. NPU recommendations are not binding on the city council or mayor.

“It’s important that this information get out there, because developers may be bidding too much money, and then will push back to develop the greenspace,” Ramsey said.

Dozens of developers and curious folks took self-guiding walking tours Wednesday through Pullman Yard, a 27-acre tract of land with former industrial buildings the state is selling as a site for a likely mixed use project. Credit: Kelly Jordan

Advocates of a plan to preserve trees and former industrial buildings on the site of Pullman Yard proposed this site plan. Credit: Pullman Forest