The 1996 Summer Olympics was an unforgettable time for Atlanta, with the world’s top athletes and eager fans flooding the city. The Olympic rings are still proudly displayed in Centennial Park.

The Tokyo games start Friday at 7 a.m. U.S. East Coast time, and the Atlanta History Center is opening early for a public viewing party of the opening ceremony. For later risers, there’s the Center’s newest exhibition: “Atlanta ’96. Shaping an Olympic and Paralympic City.”

On to other news from Atlanta and the metro area:

A new report from the city’s Anti-Violence Advisory Council has a list of recommendations to make Atlanta a safer place — coming to a total of $70 million.

The advisory council urges city lawmakers to create a permanent Mayor’s Office of Violence Reduction, adding 10,000 streetlights and 250 cameras to the city’s network.

Mayor Keisha Lance Bottoms created the council in May in response to the city’s rising violent crime rates, and Councilmembers Andrea Boone and JP Matzigkeit serve as two of 14 members.

Violent crime rates have gone up, but it’s important to consider that Atlanta is a city with roughly 525,000 residents.

The dinner will be held on Sept. 23 at the Delta Flight Museum. Delta Air Lines CEO Ed Bastian and UPS CEO Carol Tomé are serving as the honorary co-chairs of the Bill Foege Global Health Awards, named in honor of Dr. Bill Foege, a global hero best known for eradicating smallpox.

Dr. Carlos del Rio is a distinguished professor of medicine in the Division of Infectious Diseases at Emory University School of Medicine as well as executive associate dean for Emory at Grady Health System.

Dr. Katalin Karikó is a Hungarian biochemist who specializes in RNA-mediated mechanisms, and her research was fundamental in the development of in vitro-transcribed mRNA for protein therapies. Dr. Karikó is currently the senior vice president at BioNTech RNA Pharmaceuticals and her research was used in the COVID-19 vaccine that was produced by Pfizer and BioNTech.

Frontline healthcare workers have demonstrated courage, compassion, and selflessness during the global pandemic.

The Metro Atlanta Chamber will present its Heroes of Global Health Award to Dr. Valerie Montgomery Rice, president and dean of Morehouse School of Medicine, and Maria Thacker-Goethe, CEO of the Center for Global Health Innovation and the president and CEO of Georgia Bio

“As we face what is most likely the greatest crisis of our lifetime, we are humbled to have the opportunity to say thank you and pay tribute to each of our honorees,” said Steve Sterling, president and CEO of MAP International. “They represent the strongest and most important force in the fight against the coronavirus right now and deserve our unconditional support and gratitude.” 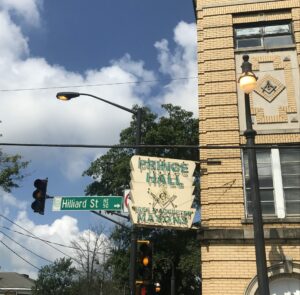 The Prince Hall Masonic Lodge, nestled in downtown Atlanta and known for its rich history, is slated for preservation.

The building is one of 40 sites and programs chosen for a $3 million grant from the National Trust for Historic Preservation as part of its African American Cultural Heritage Action Fund. The city of Atlanta’s development authority has also granted the hall $1.5 million from a fund that targets nonprofits and community-oriented businesses. 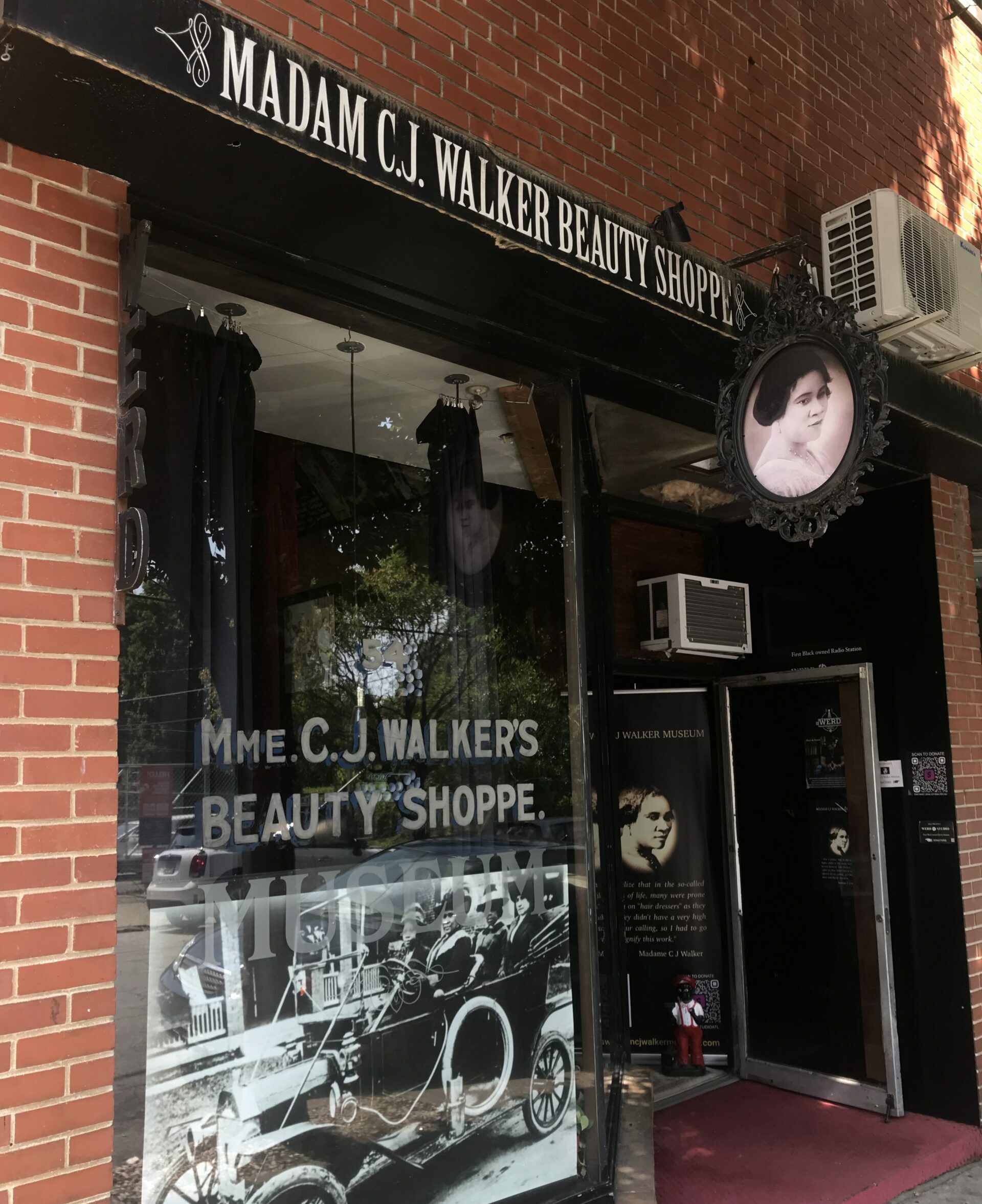 The Lodge served as the Southern Christian Leadership Conference headquarters, and Martin Luther King, Jr. had a small office with a desk, two telephones and a picture of Gandhi, as remembered by Tom Houck during his Civil Rights History Tour.

The Lodge still owns the building and will keep some space for meetings, and will lease out the rest as commercial and museum space.

Camilla’s Georgia B. Williams Nursing Home, Mitchell County’s only birthing center for Black mothers for much of the middle of the 20th century, is also a grant recipient. 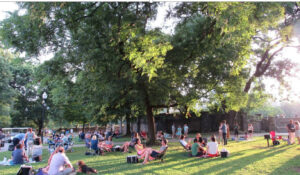 More than 400 people attended a picnic to support the Piedmont Park Conservancy – raising $70,000 for the park.

The Conservancy spent nearly a year and a half without in-person events. But on July 14, that changed when the Conservancy hosted its first outdoor fundraiser in Piedmont Park. The money raised at the picnic will go towards supporting the Conservancy’s mission to preserve and enhance the park, including landscaping, beautifying he park, offering free guided history tours, hosting a farmer’s market, maintaining the dog parks and other amenities in the park.

The picnic included catered food, craft cocktails games and music. Families, friends and pets enjoyed a “fun summer evening in the green heart of Atlanta, in a socially-distanced setting.

Following Picnic for Piedmont Park is a prelude to the Conservancy’s annual Landmark Luncheon, its major fundraising event, on Sept. 14. 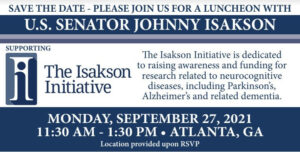 Honoring Johnny Isakson and his legacy

An effort is underway to pay tribute to former U.S. Sen. Johnny Isakson (R-Georgia) and his legacy at a luncheon on Sept. 27.

A save the date email was sent to announce the lunch, which will serve as the official launch of the Isakson Initiative, a nonprofit dedicated to raising awareness and funding for research related to neurocognitive diseases including Parkinson’s, Alzheimer’s and related dementia.

The Initiative continues Isakson’s lifelong commitment to public service and his dedication to remaining a champion for advancements in biomedical research and development.  All proceeds from the lunch will benefit the Isakson Initiative. Details on the lunch will be announced closer to the event.

The samples will be sent to a private lab for further analysis.

Bottoms reopened the case in 2019 hoping that technological advancements, like DNA testing, would shed some light on the horrific murders of at least 25 children that rocked Atlanta four decades ago.

Since reopening the case, about 40% of the evidence has been processed.

The murders were once thought to have taken place from 1979 to 1981, but investigators recently expanded that timeframe to 1970 through 1985 to gather more information.

“This Atlanta Children’s Memorial Portraits exhibit at Hartsfield-Jackson, one of the busiest airports in the world, will honor these kids and be of great comfort to many of the families and residents of Atlanta,” she said.

An eternal flame will also be installed at City Hall to honor the children. 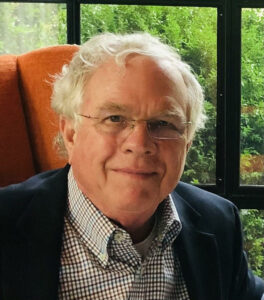 The High Museum of Art has appointed five new board members to serve three-year terms
•  Yolanda Frinks, chief operating officer of Georgia Long-Term Care and Consulting;
•  Lillian Cousins Giornelli, president of the Cousins Foundation;
•  Mark Hanson, a partner with the global law firm Jones Day
•  Kevin Lee, a cofounder of Quality Control Music; and
•  Melissa Proctor, chief marketing officer for the Atlanta Hawks and State Farm Arena.
“We are thrilled to add these leaders to our board,” said Rand Suffolk, the High’s Nancy and Holcombe T. Green, Jr., director. “They each bring a unique perspective on our community as well as the Museum’s potential to impact our city in positive ways. We look forward to their increased involvement as we shape the future of the High.”
Suffolk also recognized Daniel W. Boone III, who was named a life trustee. In 2014, Boone, and his late wife Merrie, gave $2.5 million to support folk and self-taught initiatives at the High. He also has served on the collections committee for many of his nine years on the board, and he has also supported numerous exhibitions and acquisitions for the Museum.
– Maria Saporta
Share
Tweet
Share
Pin
Pocket
WhatsApp
Buffer4
Email
Reddit
4 Shares
Tags: