Cheers to our city! We’re proud to be Atlantans.

On to more metro news:

Biden, Harris are coming to the city

President Joe Biden and Vice President Kamala Harris will visit Atlanta this Friday, March 19. This is just one stop in the “Help is Here” tour, promoting the benefits of the new $1.9 trillion COVID-19 stimulus package.

Georgia will receive about $8 billion in state and local funding from the newly signed legislation, along with $1,400 checks for many residents.

Biden uses July 4th as a marker of success, hoping the country will return to a state of normalcy by then.

Biden adds that his ultimate goals are “shots in arms and money in pockets.”

If we all do our part, then by July 4th, there’s a good chance folks will be able to gather with family and close friends to celebrate Independence Day. 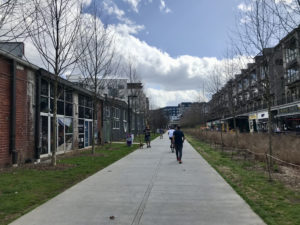 Depending on who you ask, the Atlanta BeltLine is either a great amenity for the city or a major contributor to gentrification and displacement.

On Monday, Atlanta City Council expanded a tax district that planners say will fund the loop trail’s completion. $350 million is needed to complete the trail by 2030, the plan’s original goal, according to Atlanta BeltLine, Inc.

The Special Service District will implement a tax on commercial and multi-family property owners along the entire 22-mile loop. The new property tax will impact about 5,000 units.

BeltLine Rail Now, a grassroots action group, urged the council that more needed to be done.

The organization emphasized that the BeltLine’s original plan included accessible transit, which has yet to be developed, and they proposed increasing the SSD to fund BeltLine light rail.

“We propose the city increase the SSD amount to $400 million, and tax commercial property owners on the basis of the undeveloped land value embedded in their total property assessment,” BeltLine Rail Now posted on its website.

Ultimately, the council passed the SSD without accommodations for transit.

The move seems to go against community wishes. In a 2016 survey, 75% of respondents were unhappy with the delay of transit construction, and 80% said they would use the rail, according to BeltLine Rail Now.

The bad news is that right now many of those doses and appointments are below the Columbus-Macon-Augusta line, where demand is low compared to demand in metro Atlanta, according to Georgia Gov. Brian Kemp.

In a press conference Tuesday, he doubled down on some previous advice to metro Atlantans to do some medical tourism or be patient.

“We knew that we were going to create great demand in the metro areas with the increase in eligibility,” Kemp said. “We warned people at the last press conference before this started to be patient because we knew that was going to be the case here, which is why I am encouraged.  I think some people took this the wrong way, that people in the metro areas, if you have the time, if you have the availability, obviously people that are working do not. But others that may be retired that are now in eligibility may have the ability to drive an hour or two to go get a vaccine at a site that is available.”

The Fulton County Department of HIV Elimination is a recipient “Ending the HIV Epidemic” funding from the federal government.

The county received just over $3 million, a 40% increase since the 2020 award. The funds will be used to combat HIV in Fulton, Cobb, DeKalb and Gwinnett County.

Georgia has long struggled to fight HIV and is near the top of the list of states with the highest infection rates.

Fulton County is ranked 6th highest in the country for new HIV diagnoses, and the number of new infections in Atlanta is twice the rate of Georgia overall, according to the county.

The award is the third-largest given to any community in the U.S., just behind metropolitan New York and Los Angeles. 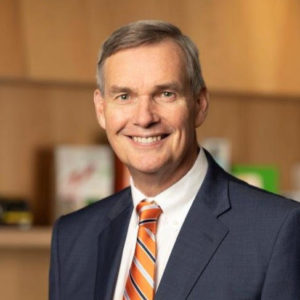 Steve Voorhees, the founding president and CEO of WestRock, sent out an emotional farewell to employees on March 15, the day he stepped down due to health reasons. David Sewell, 52, is his successor. Sewell joined WestRock from the Sherwin-Williams Co., where he served as president and chief operating officer.

While the transition has occurred rapidly, the timing has worked out extremely well in that I will be able to devote my full attention to my health and that David, with your support, will hit the ground running and benefit from the strong foundation we have built together in extraordinarily challenging circumstances,” Voorhees wrote.

Voorhees said he was grateful to have served as CEO since the formation of WestRock in 2015 working with the company’s associates to nurture the sustainable business.

“We’ve done well,” Voorhees wrote. “Together we’ve created a global packaging leader with a market-focused, customer-centric strategy, an outstanding organization and impressive scale. Every year, we’ve generated more than $1 billion per year in free cash flow, and every year, we’ve been named one of FORTUNE’s Most Admired Companies.”

Saying WestRock had developed a “caring culture where we support one another,” Voorhees announced he wanted to continue to be part of that tradition.

“My wife, Celia, and I need to give something back to you,” he wrote. “We want to provide financial support for our teammates who find themselves in extraordinarily difficult circumstances, specifically from the impact of natural disasters.”

Then he said he and his wife are making a $1 million contribution to the Employee Relief Fund, an existing fund that help employees facing extreme circumstances.

Construction begins this month for “The Metropolitan at Atlanta,” a 32-story, 265-unit building in downtown Atlanta.

Landmark Properties, an Athens-based student housing developer, will be converting a parking lot into a skyscraper at the corner of Luckie Street and Ted Turner Drive, a quarter of a mile from Georgia State University.

Prices are unknown, but short term rentals in this area can easily go over $1,000 a month, according to RentCafe.

The development is scheduled to be completed by August 2023. 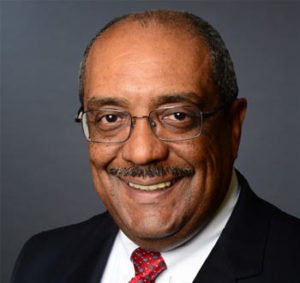 UNCF and its Atlanta connections

With the election of Milton Jones as board chair of UNCF (United Negro College Fund), the organization has even more of an Atlanta flavor.

Jones, the first African American to chair UNCF’s board, is a longtime Atlantan who has worked in the banking sector. As the founding partner of Peachtree Providence Partners, Jones has served on UNCF’s board since 2005 – most recently as vice chair and chair of the finance committee.

He joins former Atlantan Michael Lomax, who has served as president and CEO of UNCF since 2004. Lomax, who still has strong ties to Atlanta, was the first African American to serve as chair of the Fulton County Commission. He currently serves on the boards of the KIPP Foundation, America’s Promise, Teach for America and the Studio Museum in Harlem. Before heading UNCF, Lomax served as president of Dillard University in New Orleans. He also served as a literature professor on Morehouse College and Spelman College.

UNCF is the nation’s largest private provider of scholarships and other educational support to African American students.

“All of us at UNCF are excited to have Milton become our new board chair,” said Lomax, who has known and worked with Jones for over four decades.  “Milton brings a wealth of business knowledge and a thoughtful and collaborative leadership approach that will help us thrive and continue to drive UNCF’s and our HBCUs’ impact and growth.”

“Since 1944, UNCF has played an integral role in changing the life trajectory for each student it has served, and l look forward to continuing that legacy,” Jones said in a statement. 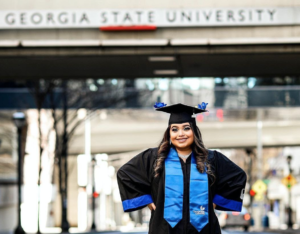 Achieve Atlanta, a nonprofit that helps get APS students into post secondary study, has come up with a new measure of how much cash would-be students need.

Most students in AA’s scholarship program would need a median $5,000 to get through a year of college, and getting AA’s scholarship help brings the median need down to a modest $89 per year.

The AATL Scholarship is needs-based and used along with grants and federal loans.

Still, there’s more work to be done to make college accessible for anyone who wants to enroll. 23% of recipients had unmet needs greater than $5,000.

By 2015, the cost of college had increased by 75% over the previous decade. Georgia is also one of two states that doesn’t offer statewide needs-based scholarships. 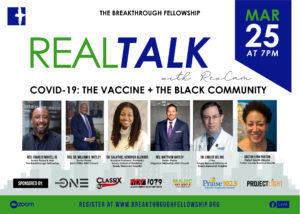 Real Talk with Rev. Cam — COVID-19: The Vaccine and the Black Community. The Breakthrough Fellowship has gathered a panel of medical experts to discuss how the vaccine works, the differences between the various types of vaccines and its effectiveness against new COVID-19 strains. There will also be a panel of faith leaders to discuss the ethics of vaccine research and the church’s role. Click here to register for the Breakthrough Fellowship’s COVID-19 vaccine panel.

Atlanta-based racial equity challenge: The United Way of Greater Atlanta is offering a 21-day self-guided racial equity challenge. The course will provide insight into inequity within metro Atlanta, resources for healing, or to become a better ally. Topics include Understanding Privilege, History of Racism in Atlanta, Housing & Redlining, Intersection of Race & Gender, Allyship, and Champions Leading Equity. The topics are especially pertinent after Bloomberg named Atlanta as the U.S. capital of inequality for two years in a row. Click to learn more about the United Way of Greater Atlanta’s racial equity challenge.