COVID-19 restrictions will soon be lifted in Georgia, according to Gov. Brian Kemp.

This week, Kemp signaled that he would soon fully reopen the state. The news has received mixed reactions, with some fearful of an infection surge and others relieved to put the restrictions behind them.

12.3% of Georgians are fully vaccinated against the virus — ranking second to last in the entire country, with only Utah trailing behind, according to NPR.

“Hardworking Georgians can’t endure another year like the last,” Kemp tweeted. “We are open. We have been open, and we’re ready to welcome you to the Peach State.”

Hardworking Georgians can’t endure another year like the last. Next week, we’ll roll out our plan to loosen the remaining COVID restrictions in the state. Georgians know the right thing to do. We are open. We have been open, and we’re ready to welcome you to the Peach State. pic.twitter.com/mk1CzCRirQ

On to other metro news: 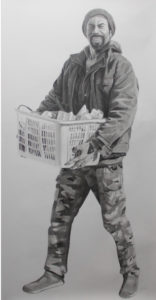 Artist to paint story of Atlantans seeking shelter on MARTA

Now, Bejarano has teamed up with MARTA, through a grant from Smart Growth America, to tell the stories of unhoused people using the transit system to find temporary shelter and solace.

Since COVID-19 struck, a large number of homeless residents have flooded to MARTA to find shelter. HOPE Atlanta, a nonprofit fighting housing and food insecurity, and MARTA have teamed up to provide outreach teams to offer help and resources.

HOPE CEO Jeff Smythe recalls, near the beginning of the pandemic, seeing hundreds of people get off the train and seek shelter at the airport, he told SaportaReport.

Bejarano will shadow the outreach teams to understand the relationship between unhoused people and the transit system and will channel the information and emotion into a public art piece. 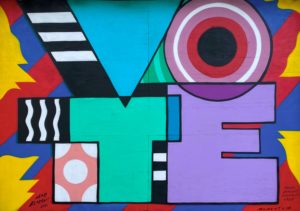 In 2020, the school sent each student a care package of voting resources, including information on registering to vote, submitting an absentee ballot and ways to contact elected officials.

Voting has been ingrained in campus culture for a while. In 2016, about 91% of eligible students were registered to vote, and 75% of them voted, according to the college.

However, during the 2020 election cycle, many students committed to becoming engaged citizens beyond the voting booth.

The Civic Scotties Coalition was formed to create a solidified plan of civic engagement and, more specifically, to “infuse civic engagement into the curriculum, and strengthen a campus culture that values deliberative dialogue, information literacy and community service.”

“Voting is not the end of civic responsibility; it is the beginning,” wrote JLP Prince, director of community, civic and global engagement.

Some of the country’s biggest companies are opening their wallets in response to hate crimes and incidents targeting Asian-Americans.

Bank of America has announced a fund of $1.25 billion over five years to fight racial injustice and advance economic opportunity, an increase from its previous $1 billion four-year commitment.

The fund focuses on supporting health, jobs, affordable housing and small businesses for people and communities of color.

The bank has also committed an immediate $1 million to “increased advocacy, dialogue and engagement with the Asian American community,” including a grant to Asian Americans Advancing Justice.

AT&T and WarnerMedia have committed $7 million for a campaign that will PSAs to raise awareness of violence toward people in the AAPI community and to show solidarity.

Between March 2020 and February 2021, there have been at least 3,795 hate crimes and incidents against Asian Americans nationwide, Stop AAPI Hate reported.

Click to learn more about Bank of America’s initiative. 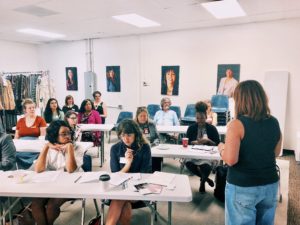 Capital One, SaverLife and Dress for Success have partnered together to boost women’s financial skills in Atlanta and other major cities.

Dress for Success of course handles wardrobe — and other professional help like interview practice and networking for women who are working to achieve financial independence.

The others are handing financial education via a six-week course that focuses on personal finance, managing income, building independence, planning for the future, financial health, and online banking.

Dress for Success primarily supports women of color, who represent 70% of their clients.

Participants will receive a $50 savings boost by enrolling in the program and can build a $450 savings fund.

This opportunity can be game-changing for some. According to a Federal Reserve Bank survey, 40% of respondents couldn’t cover an unexpected $400 expense without going into debt.

Click here to learn more about the Dress for Success custom-match savings program.

Athens-based W&A Engineering is the latest recipient of the goBeyond Profit Champion Award, which is awarded by fellow Georgia business leaders.

As the nonprofit goBeyondProfit puts it, the award is “given for exemplary citizenship in company culture and deployment of company resources that empower community.”

This month, the Fifth Third Bank’s foundation announced $1.2 million in grants for Black, woman-owned businesses and the organizations that serve them.

Owner TaTanysha Rosby said it was a fantastic opportunity for her and her business and it “allowed our team to stabilize in many areas,” like supplementing their income and beginning the process of developing new online applications.

Another part of the investment is going to the Fearless Fund, a venture capital firm that invests in businesses led by women of color.

In addition to Art Houze Alive, other grant businesses are:

The Skin Institute of Atlanta

Explore the BeltLine with ATLsherpa

Are you a longtime Atlantan? Or maybe a new resident who wants to get to know their neighborhood?

ATLsherpa is offering a series of 10 walking tours, called ATL360, that will take participants around the sub-areas that create the Atlanta BeltLine Planning Area.

The tour is designed to show residents the current status of parks, trails and developments along the BeltLine while providing a deeper analysis of future projects, including transit and other proposed developments.

The series will be one part guided tour, one part discussion and one part celebration of summer, as the last leg is scheduled for Summer Solstice.

Participants will be encouraged to share their thoughts and experiences with the BeltLine, including how its development has impacted their personal and professional lives and neighborhood.

ATLsherpa provides a pairing of an educational podcast and newsletter that help residents understand Atlanta’s past, present and future on a deeper level.

“Atlanta looks and feels very different when you walk through it,” ATLsherpa’s website reads. “You see the cool stuff — the interesting stuff — the beautiful stuff — the gritty stuff … The stuff that makes you proclaim, ‘I want to explore ATL some more!’”