Tuesday’s primary election results are nearly all in. But meanwhile, the people in elected office now are starting to reckon with the demands and arguments made by people who marched in the streets earlier this month. And of course, metro folks are also busy finishing other projects and taking on new jobs.

On to the notebook!

Jon Ossoff beat six other Democrats for the chance to run against Republican David Perdue for the U.S. Senate.

Republican Karen Handel will get a rematch with Democrat incumbent Lucy McBath for the north-Fulton-centric District 6 U.S. House seat.

The Fulton sheriff’s election will be decided in a Democratic runoff between incumbent Ted Jackson and challenger (and former Atlanta jail chief) Pat Labat.

The DA election is also going to a runoff between incumbent Paul Howard and challenger Fani Willis.

Carolyn Bordeaux is claiming victory in the the Democratic primary for the Gwinnett-centric District 7 U.S. House seat. But counting will continue through Monday at least. Apparent third-placed candidate Nabilah Islam has conceded. But the person in second at the moment, Brenda Lopez Romero, hasn’t.

For Gwinnett County Commission chair, Nicole Love Hendrickson looks close to clinching the Democratic nomination — but again, there’s lots more counting to do. On the Republican side, David Post is well ahead of two challengers.

In the light of police misconduct that people nationwide have been denouncing in the streets, it’s time for reflection on decision-making and priorities, Atlanta District 6 Council member Jennifer Ide said in a long email to constituents.

“I have been spending time educating myself on approaches to public safety that strive to eliminate police killings, including Campaign Zero and 8 Can’t Wait, the National Police Accountability Project, and a World Without Police. I’ve also been in dialogue with our police department on where we are in our continuing efforts to better serve our communities,” reads the start of Ide’s note.

(It was posted on Reddit and Ide confirms its authenticity. Read it all here.)

Put it in conversations and actions every day, says Atlanta police oversight leader

Part of Lee Reid’s job is to find community mistrust and anger at the police and try replace it by giving people an understanding of their legal rights and a place to send complaints about Atlanta police.

Reid, the executive director of the Atlanta Community Review Board, praised Atlanta police for their policy of wearing and activating body-worn cameras and said all police forces should follow.

But in that open letter, Reid also said that unacceptable law enforcement practices have to be a part of every day conversations and actions until there is a “seismic shift” in law enforcement culture.

Cobb EMC and Gas South opened their new and innovative Solar Flower Garden on the Cobb EMC campus to the public on the morning of June 12.

Three 18-foot solar flowers have been installed along Hwy 41 as a part of the larger Solar Energy and Battery Storage project on the Cobb EMC Main Campus. These projects will help the cooperative learn how to better support its members through clean, renewable energy.

The garden includes educational signage about solar energy, battery storage, and Electric Vehicles (EVs). The garden also has an EV fast charger for public use via the ChargePoint app. 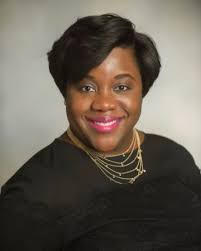 Valencia Williamson, a seasoned chamber of commerce executive, has been named as the new president of the Clayton County of Commerce, beginning July 6.

Williamson currently serves as executive vice president of the Area Development Partnership in Hattiesburg, Mississippi. The partnership is a regional chamber of commerce and economic development organization serving three counties and a diverse population of 150,000 residents in south Mississippi. She has been with the organization since 2010.

“Valencia has proven herself in the chamber profession,” says Ben Casey, 2020 Chair of the Clayton Chamber who is president and CEO of LTI, Inc. in Jonesboro. “Her knowledge of how to work on teams with business, community and government leaders to improve the economic vitality has shined through in her current position.”

Before her position in Hattiesburg, Williamson served in various roles with the Walton Area Chamber in Santa Rose Beach, Florida. She also worked in the Atlanta region for the Kroger Co. from 2002 to 2004. 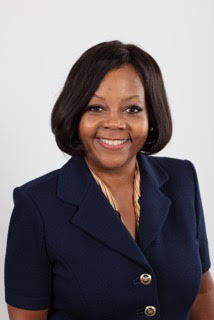 As Ferst Readers’ new president, Washington will lead the organization through a particularly challenging time for children across the country who have not been in childcare centers or classrooms for weeks and face uncertainty for the fall.

“During a time when families are together at home and caregivers are hungry for resources and guidance, we have an opportunity for Ferst to make a particularly strong impact,” said Errika Moore, chair of Ferst Readers. “For about 20 years, we’ve been in close partnership with the Georgia early education community and have given children more than five million quality, age-appropriate children’s books.”

The evolution begins with mobilizing Ferst Readers’ multi-state network of community volunteers, staff and partners and guiding the organization through its next strategic planning process. Ferst Readers strengthens communities by providing quality books and literacy resources for children and their families to use at home during the earliest stages of development. With many early childcare centers and libraries shuttered throughout the State of Georgia and beyond, these resources are more important than ever.

For almost 10 years Washington has helmed fundraising operations for some of Georgia’s most recognized nonprofits, including the American Heart Association, the national office of the Lewy Body Dementia Association, Communities In Schools of Georgia and, most recently, the YMCA of Metropolitan Atlanta, where she served as regional director of development and planned giving.

“It’s a privilege to be selected to lead this organization strategically and collaboratively,” said Washington. “I find it motivating that the work we do each day assures that children enter school on their first day prepared and confident in their ability to learn.” 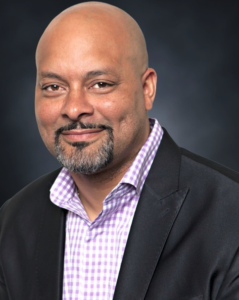 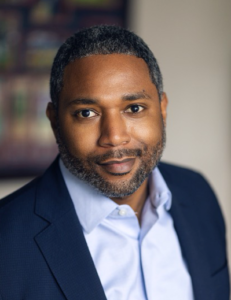 The Atlanta production company behind Saints & Sinners is being joined by Robert  A. Boyd as COO and Tony L. Strickland as head of unscripted and co-executive producer. Both were most recently vice presidents at BET.

Eric Tomosunas, Swirl Films’ CEO and founder said in a press release that  “Robert and Tony are armed with years of diverse experience in both operations and productions of all scales across the globe, and their expertise will be crucial as we continue on this growth path.”

Swirl Films owns and operates its own 100,000-square foot film studio in Atlanta.