Reporter’s Notebook: Mayor at Rotary, groceries at MARTA and more

At least one part of Atlanta’s tourist infrastructure is staying busy, though not with visitors. The Georgia World Congress Center is still site of an overflow COVID-19 ward, and will be through at least the end of February.

There were on average about 805 hospital beds in use by COVID-19 patients in Fulton County during the last week in January.  The summertime high was about 600 beds. But the peak was early last month at 1036 beds.

“Really, anything over 500 puts us in a severe shortage of beds,” said Doug Schuster of Emergency Management Services International, Fulton County’s COVID-19 response consultant, speaking to the county commission on Wednesday.

On to more metro Atlanta news:

Women in line to lead Rotary Club of Atlanta

For the first time in its history, the Rotary Club of Atlanta will have back-to-back women presidents.

The leadership line-up was announced at a recent Rotary.

Current Rotary President Cannon Carr will turn over the reins to Katharine Kelley, an Atlanta development professional, when the new leadership year begins in June. At that time, Stephanie Blank, a philanthropist and community leader, will become president-elect.

Atlanta Mayor Keisha Lance Bottoms was the keynote speaker at Rotary’s Feb. 1 meeting, which she remarked surprisingly that she had not spoken to the business and civic group since 2018, the first year she was elected mayor.

Bottoms, who was interviewed by Valerie Montgomery Rice, president of the Morehouse School of Medicine, gave an update on several initiatives she has underway at the City of Atlanta, including an effort to allow the city to receive and distribute COVID vaccines directly.

“I joined many mayors across the country is sending a letter to the Biden administration, asking that we be allowed to get vaccines directly to the cities because nobody knows our communities better than we do,” Bottoms said. “Unlike some other cities we don’t control our public health department. But we know that all of the tremendous impact that COVID-19 has had on our communities and our cities. So, we are asking for a vaccine allotment directly. We’ve not received a response, but I’m so encouraged by the work is being done by the current administration to make sure that the vaccines are being produced and given to our communities.”

She also talked about how the city pledged to raise more than $1 billion towards affordable housing by 2026.

“I’m happy to share that we have reached nearly $500 million of public funds committed to affordable housing,” Bottoms said, adding that about 5,600 units of affordable housing have been created since she became mayor in 2018.

Bottoms also talked about crime, saying that there’s been an increase in crime in cities throughout the country.

“We are continuing to do all that we can to address crime in Atlanta,” Bottoms said.

Then she acknowledged that interim Atlanta Police Chief Rodney Bryant likely will remain in place for the foreseeable future because of the number of national searches underway for police chiefs and because there is a mayoral election this year.

“It’s very challenging right now because many cities are searching for police chiefs,” Bottoms said, “I was recently told an added challenge will be that this is an election year, and it may be difficult to attract talent that’s willing to come along… If it’s an appropriate time to launch a national search, then we will move in that direction.”

The Atlanta-based ADL Southeast is inducting 15 new influential to its board of directors and to its honorary board for a one- year term.

The leaders joining the regional board of directors include:

Those joining the ADL Regional Honorary Board include:

“This is the largest group of new board members we have ever inducted at one time,” said Allison Padilla-Goodman, vice president of the Southern Division and ADL Southeast Regional Director. “We received more than 60 worthy nominees and are tremendously proud of the final group of change-makers selected to join our board. We look forward to their important input and guidance as we continue to expand our programs and work throughout the Southeast.”

On Friday, Feb. 5 from noon until 4 p.m., Fresh MARTA Market will return to the Five Points station for its first-ever winter market.

Fresh MARTA Markets are a pop-up farm stands located in five MARTA stations that serve areas with limited access to fresh food. These markets are usually only open during the warmer months, but this year, Community Farmers Market and MARTA partnered with Urban Recipe to distribute free pantry items to customers.

CFM and MARTA started working together in 2015 to make fresh food accessible and convenient for commuters. With the new partnership with Urban Recipe, customers can choose dry goods, like rice, pasta or canned food, to pair with their fresh produce.

On Monday, the Coalition of Refugee Service Agencies will kick off its eighth annual New Americans event — which will be virtual this year.

The week will start its Virtual Week of Action with a discussion of policy priorities and opinions from an expert panel of new Americans who now call Georgia home.

Throughout the remainder of the week, Georgia refugees, immigrants and advocates are encouraged to contact their legislators about policies that will support new Americans in Georgia.

CRSA’s mission is to “engage a broad coalition to highlight the cultural, social, and economic contributions of refugees and immigrants in Georgia.”

In a typical year, the organization hosts 300-plus visitors at the state capitol to allow legislators to hear from members of the state’s immigrant and refugee community.

Register here for the 2021 CRSA virtual week of action. 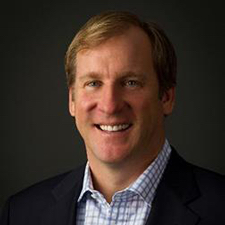 Georgia Works!, a private program that helps formerly incarcerated or homeless men to new work and homes is getting a new board chair.

Chip Patterson, a hotel developer who started in business founding of parking company AmeriPark, joined the board after selling his company in 2015, and will now chair it.

He takes over from former board chair and Georgia Works founder Bill McGahan.

Georgia Works! houses its clients for up to a year while they work in transitional jobs and have access to services like GED classes and addiction treatment.

Everybody’s heard of Delta Airlines, but if they’ve never heard of another Atlanta powerhouse, H.J. Russell, it’s time to schedule some in-flight entertainment.

The airline this month will start including the documentary Building Atlanta: The Story of Herman J. Russell, among its in-flight entertainment choices.

Calendar:
Wed. Feb. 10 at 10 a.m.: The Future of Democracy Now: A discussion with experts from The Carter Center and Emory University.  Presented by the Atlanta Press Club. Free; register now.

April 28-29: The Technology Association of Georgia’s annual summit goes online. TAG is now accepting nominations for its major awards.  Keynote speakers will be Robyn Benincasa, Founder & CEO of Worldclass Teams and Founder of Project Athena and Craig Neeb, Executive Vice President and Chief Innovation Officer of NASCAR. Read more about how to participate in the Georgia Technology Summit and award nominations.